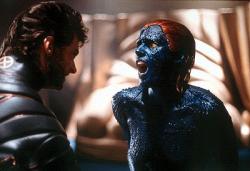 This movie is as near to perfect as any superhero movie ever gets. Perfect casting, great direction, excellent script, and of course, incredible special effects. X-Men is the most enjoyable movie I have seen in a really, really long time.

For those of you who aren't members of the faithful, allow me to setup the premise. The X-Men are a band of mutants, all with unique special abilities, struggling to fit in with society, cope with the problems of having super-powers, and kick ass all at the same time. In this movie specifically, they are fighting Magneto, an incredibly powerful mutant with the ability to control magnetic waves, in an attempt to stop him from destroying mankind.

The plot is almost secondary however, what has always made the X-Men so great and so popular is the characters. And the writers and the director of this movie have wisely played up this aspect. First, by having an absolute dream cast, and second, by staying true to their characters as setup in the long running comic book series.

And although this isn't a Merchant/Ivory film, the actors themselves do a great job. They stay true to the spirit of the film, playing it serious and straight. This movie isn't without humor though. Hugh Jackman, as Wolverine, has some particularly funny lines, and nearly steals the movie. Patrick Stewart and Ian McKellen play off each other well as old friends, now antagonists. The entire cast is good, so good that you wish you could see more of each character, but the action keeps ticking along and you are left hungry for more.

My only tiny complaint and it is so tiny that it shouldn't detract from my overwhelming enthusiasm for this movie, is the lack of real violence by the villains. They are supposed to be incredibly evil, and yet there are hardly any corpses to be seen in this movie. They remain sophisticated the entire time, even the ferocious Sabretooth. Not that the fight scenes are cartoonish in anyway. They are staged realistically and there are some tense moments. I just feel that for a town notorious for too much bloody, violence in movies, Hollywood was remarkably tame with this one.

The only other movie based on a comic book that comes close to being as faithful to it's original as X-Men, is Christopher Reeve's Superman. And it's a mark of just how far special effects have come since that movie was made, that while then we all 'Believed a Man can Fly', now we believe he can fly, control the weather, fire beams from his eyes, and bend metal with his mind. In fact, special effects are so commonplace now that we often take them for granted. They are seamlessly blended into the movie so we barely notice them. This is how it should be, and so it is with this movie. They are there, they are great, but they stay out of the way of the plot and the characters.

Being a longtime X-Men fan, I can't really say how well non X-Men fans will like this movie. I hope enough people new to the series will go and see it, because I have to tell you, I can't wait for the sequel. Since it might be a while until that happens, I guess I will have to settle for seeing this one four or five more times. 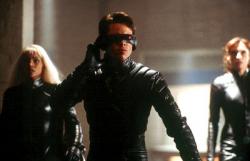 I must say, first of all, that this movie is very nearly perfect and is destined to be a classic of the superhero genre. I say this as someone who has not read or seriously followed comic books in nearly twenty years. Besides the things which my brother has already stated (of which I wholeheartedly agree) there are at least two other aspects of this production which I feel make it great.

They simplified the story line and cast of characters! I have always found the comic book X-Men to be mystifying in terms of the overlapping plots and numerous and sundry characters flowing in and out of each others lives. This movie does a superb job of keeping things clear for me and others like me and wisely so, as I am sure its box office numbers will attest. The finely written script entertains and informs without being bogged down by too many details, likewise the editing is seamless.

Another thing, which has always made X-Men great, is the realism of the setting and the fact that it takes place sometime in the very near future. Add to this the fascinating concept of normal humans evolved into highly advanced mutants that then become persecuted by society at large and you have a formula that should appeal to nearly everyone.

That this movie has a deeper level is simply icing on a very rich cake. The drama played out between Professor X and Magneto is beautifully acted. Two members of the same oppressed class, one personifying hope, the other bitterness and hate. The character Rogue is also well done, she embodies that eternal adolescent feeling of isolation. In fact, she cannot share physical human contact at all without seriously hurting the other person. The others, Wolverine, Storm, Cyclops, Jean Grey and on the evil side, Mystique, Sabretooth and Toad are all perfectly cast as Scott mentioned above.

How often does a movie preceded by this much hype live up to the impossibly high expectations placed on it. Well you had better believe X-Men does. 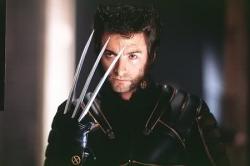 I completely enjoyed this movie. As a former comic book buff I had a lot of trepidations about seeing it. So many films with big expectations fail to live up to the hype. This one however exceeded it.

The movie really centers on the character of Wolverine. Which is fine considering he has always been one of the most fascinating members of the X-Men. His character is the most fleshed out and developed. Other than Rogue and Professor X, the remaining X-Men; Cyclops, Storm and Jean Grey are really in supporting roles.

The action is comic book perfect. The plot is simple yet made slightly complicated with so many characters. You may have a meager amount of difficulty keeping up if you're not a fan, but the movie will still be very enjoyable.

My one and only complaint is Storm. First of all; how the hell does Toad, a guy with an over active tongue for a superpower, nearly beat the shit out of a woman who can control the weather. Second, Halle Berry is very bland in the role. She gives Storm absolutely no personality. Granted she has very limited screen time, but she reads her lines as if they are on a cue card.