The X-Men prequel, X-Men Origins: Wolverine, starts with Logan as a child in 1845. The first thing we learn is that he is the younger brother of Sabretooth, Victor and his actual name is Jimmy. Together they fight in the Civil War, World War I and II. During the Vietnam War their relationship starts to change. Victor gets a little too kill happy for Logan’s taste.

Stryker shows up with some other mutants and they join his group of special, special forces. Their first mission is to find an asteroid that allows the Weapon X program to come up with a new metal. Stryker tricks Logan into allowing him to bond it with his skeleton. Thus creating Wolverine.

Whereas the other X-Men movies seemed to wander a bit as it had such a huge cast of characters, Wolverine stays focused on him, giving the movie a stronger sense of urgency. The ending makes complete sense. It prepares Logan for the other X-Men movies. However, it is not completely satisfying. The mutant Wolverine fights at the end, seems just there for the sake of an action packed conclusion. Sure I wanted Wolverine to kick his ass, but since he just appeared out of nowhere it lacked any emotional victory.

The appearance of a couple of familiar faces add some depth to the history of the X-Men. Gambit has always been one of my favorite X-Men. He was always horny and had a french accent in the cartoon. Here he is not given any personality. Scott Summers gets a few minutes of screen time and gets to do a couple of optic blasts. Basically he sees the same amount of action here as in the other movies. My biggest complaint of the other movies was how Wolverine was allowed to dominate an ensemble cast. At least here we know going in that Wolverine is the star.

Schreiber is my favorite new cast member. He is evil but still loves his brother. As children he tells Logan, “We stick together no matter what. We'll take care of anyone who gets in our way.” Schreiber plays him with just enough wit. “Ooh, shiny.” He says when he first sees Logans metal claws.

The role of Wolverine first made Jackman a star and in the long run will likely be the role he will always be remembered for. The original character of Wolverine was a short, stocky, ultra masculine Canadian. I would have never cast a thin, Australian, who majored in music theater. However, it is a testament to Jackman’s acting that he pulled the role off to the point that it would be hard for audiences to see anyone else in the part. 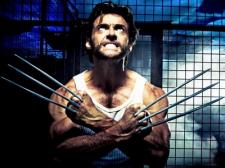 Not being an avid comic book reader I didn’t know the details of Wolverines’ origin before watching this movie. I knew he was older than he looked but had no idea he was born well over a century and a half ago. Obviously he and his brother have a mutant gene that keeps them from aging, or rather makes them age at an extremely slow pace. The beginning war montage was a quick and concise way of showing the history between Victor and Logan.

Their relationship, after all, is the heart of the story and showing them fighting side by side in many different wars (although apparently they only fought in the big wars since they seem to have missed the Spanish American War and Korea) really sets up the conflict that comes later; and adds emotional punch to the climactic battle Eric mentioned with the super mutant. Eric, the emotional impact of that fight isn‘t between Wolverine and Weapon 11, it’s in the interaction between Victor and Logan.

As prequels go this is a pretty good one. The pacing is great and the story sets the stage for the later movies but still leaves many details to be filled in, presumably in other X-Men Origins movies to follow. I agree with Eric that it helps to have the focus on one mutant at a time. I look forward to seeing the origins of other mutants, especially Storm and Night Crawler my two favorites.

Escapist entertainment like this is the best remedy for recession blues. X-Men Origins: Wolverine is a great way to kick off the summer 2009 box office season. 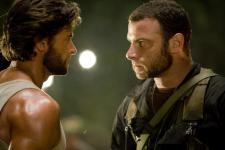 Jackman and Schreiber face off as Wolverine and Sabretooth.

This is an entertaining film and Jackman is terrific as always as Wolverine. However, it isn't as good as it could have been. I agree with you Eric that the fight between Deadpool and Wolverine lacks impact. The entire movie is set up so that you think the final big battle will be between Wolverine and Sabretooth and then they change it up at the end. I also didn't like the movie's other surprise revelation about a character from earlier in the movie whom you think is dead.

The movie also goes to pains to include Gambit and Cyclops' for seemingly no other reason than to include a couple of other X-men. Like you Eric, I always liked Gambit and I just don't care for the actor they hired to play him. And Cyclops inclusion just feels tacked on and could easily have been cut without hurting the story. The romance angle between Wolverine and Kayla is also fairly weak. They're okay together but the script never allows any real chemistry, or at least not the kind of chemistry that makes you think that she is the love of his life.

I don't mean to sound too harsh though, because I did enjoy this movie. Schreiber is good as Sabretooth and he brings more depth to the character than wrestler Tyler Mane ever did in the original X-men films. Dominic Monaghan is under-used as Bolt and Reynolds is good in his few scenes with dialogue. In fact, those scenes at the beginning with the Weapon X team are some of the best in the movie. They're sort of the anti X-men and the characters, such as Victor and Wade, play well off of each other. I'd have liked to have seen more of them.

The biggest problem is that the filmmakers tried to cram too much into one movie. The heart of the story is the relationship between Logan and Victor. A pared down script that kept the focus more strongly on those two and didn't bother to bring in extraneous characters would have made for a stronger film.

Although I was little disappointed in the overall story, it's always good to see Jackman in the part of Wolverine. There's a reason he's always dominated the X-men comic books, the cartoons and the movies. He's an iconic character and Jackman plays him to perfection.