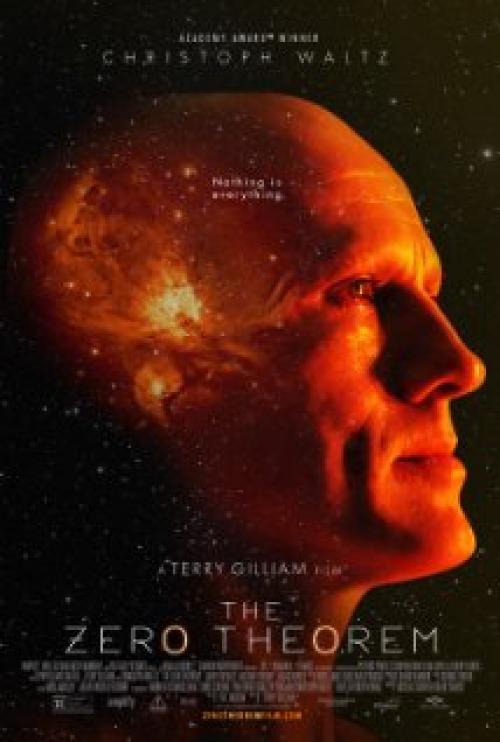 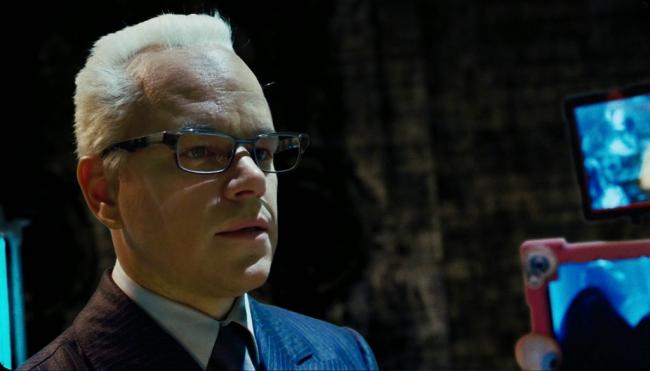 Matt Damon in The Zero Theorem

In my quest to see every film that Matt Damon appears, I find myself watching a variety of movies. I would prefer that they were all Jason Bourne films but unfortunately for me and most movie goers, he likes to play different roles. Although his part in The Zero Theorem is small it does take him inside the drug addled visionary mind of Terry Gilliam.

It stars Christoph Waltz as Qohen Leth, a lonely, and mentally disturbed, computer operator in a science fiction setting that resembles the worlds of Blade Runner and Brazil, only with more color. There is even a touch of 1984 as cameras are everywhere, constantly observing him. At his work station, “Mancom is watching” is written below a camera that observes him and his productivity. Qohen is waiting for a phone call and a voice to tell him what to do with his life.

Like most science fiction films, it is commenting on our contemporary world. Qohen attends a party where loud dance music is playing but almost everyone there has earplugs in that are attached to their handheld devices, that are getting far more of their attention than anyone in the room. He gets turned on by a professional sex worker played by a very sexy Melanie Thierry, who is not shy about nude scenes. The only time he actually comes close to having sex is online in a virtual porn site. Most of all, we can relate to Qohen struggling in his life to find meaning and some happiness in a world that scares him.

Gilliam employs his standard creativity and visual imagination that we have all come to expect of him. I like the clones and the use of the cathedral as the setting for most of the film. There is something slightly jarring about a bunch of computers inside an old, once beautiful church with huge stained glass windows. He washes dishes in what used to hold holy water for baptizing babies.

He throws in some humor with the funniest bits provided by Tilda Swinton as Qohen’s virtual therapist, Dr. Shrink-Rom. She tells Qohen about his time with the prostitute, “I'm sorry to interrupt, but I couldn't help but notice this young lady's pathological attempt to project upon you her daddy issues of abandonment...” Her rapping scene is easily the film’s most hilarious moment.

The Zero Theorem has some depth. The title refers to Qohen’s assignment to prove that all is for nothing. Matt Damon only has three scenes, including an important one at the end where he tells Qohen that to believe in God makes this world pointless. He explains to Qohen that waiting for something to happen is a waste of time. The end of the film is up for interpretation as to whether or not it is a happy one.

I am not a huge Terry Gilliam fan as he often seems more concerned with the look of his movies than the story. The Zero Theorem is not the least of his efforts as it has a decent message and thankfully runs less than two hours. As for Matt Damon, he worked only for scale as he wanted to work for Gilliam. I hope he got this out of his system so he can get back to work on another Bourne film.