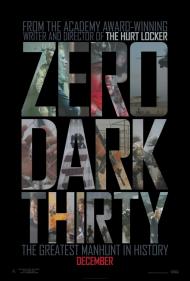 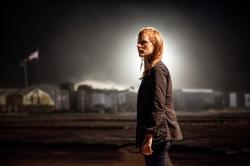 Zero Dark Thirty (a military phrase for sometime between midnight and dawn), details the decade long search for Osama Bin Laden, culminating with the nighttime raid on his compound in Pakistan where he was killed by Navy SEALS. It's a tense, well made thriller with a strong central performance by Jessica Chastain as Maya, the CIA operative whose hard work and dedication directly lead to locating the terrorist.

There has been some controversy surrounding this movie, starting before it even opened. Republicans accused the studio of releasing the movie before election day as a biased attempt to sway voters into voting for Obama, who was President when Bin Laden was killed, although he's never shown in the film. The studio ended up pushing the release date back, making that complaint moot. Once the film was released, the complaints were reversed and the filmmakers were accused of making torture, which occurred under George W. Bush's presidency, look like a useful tool for gathering intelligence. The story though, is told in such a dispassionate manner, that you can interpret its politics anyway you like, as I'm sure my brother Eric will when he gets around to seeing it.

The first two plus hours details the intelligence gathering that lead to the discovery of a courier who carried messages to Bin-Laden. Waterboarding is involved, at least in getting the initial lead. This has been denounced by real life CIA representatives, but given how the practice has been condemned, I wouldn't expect them to say anything else, whether it's true or not. The pacing is slow and deliberate, but keeps you interested. Chastain's Maya keeps the search humanized. We never learn that much about her past, but we experience the emotions of the search through her.

Like seemingly every movie released this year, this one does clock in at a kidney busting nearly 3 hour running time. The task of locating Bin Laden is riveting enough to hold your attention, but the story could just as easily been told in two hours as in three. Because of its dark subject matter, I was already reluctant to ever watch this movie again, but its super-sized running time pretty much guarantees that I'll never do so.

All of the detective work leads to the nighttime raid on the Bin Laden's compound. At nearly 30 minutes, the raid takes roughly the length of time it took in real life. Director Bigelow does a great job of filming this sequence. Even though we know how it ends, there's a sense of real tension and the idea that something could go wrong at any time. It's the story's big payoff and the film's most edge-of-your-seat moment. 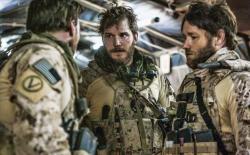 Since Scott brought it up, I will discuss the politics. I was one of those who claimed this film would likely be used to portray Obama as a hero. I was not the only one. New York Times columnist Maureen Dowd wrote that the film "will no doubt reflect the president's cool, gutsy decision against shaky odds." We were both wrong.

As Scott wrote, the politics are not intrusive but are there none-the-less. The most talked about political aspect of the film is that it features water boarding, humiliation and sleep deprivation of a prisoner. Those on the right take it as a victory as it shows the effectiveness of such actions. While those on the left are, well let me use their own words. "...it both saddened and infuriated me that a film that attempts to rewrite history and validate one of the darkest sins of America's recent history might be given the world's highest storytelling honors." Wrote Jonathan Kim, a leftist film critic for ReThink Reviews and the Uprising Show, who was worried that Zero Dark Thirty may get nominated for an Academy Award for Best Picture.

The are a couple of telling scenes. At one point a CIA member warns another that politics are changing, In reference to the fact that water boarding had come into focus in the mainstream media and there was now a Democrat in the White House. The final straw for liberal viewers is when Maya, Dan and some other CIA members are having a meeting/watching television where Obama is giving an interview saying the United States does not torture prisoners.

In a sense, he was right. Is making someone believe they are drowning, torture? Is depriving someone of sleep by playing loud music and humiliating them by pulling down their pants in front of a woman torture? That sounds more like fraternity life than torture. I jest and you may argue that all of that is in fact torture. However, when you consider that the men having this done to them are members of a group that has been known to behead their prisoners, some water down the throat and an exposed penis does not sound so cruel.

Anyway-Zero Dark Thirty is a tense thriller based around real events. The character of Maya is an amalgam of women who may or may not have done what she is portrayed to have done in the film. While researching this story, screenwriter Mark Boal heard that women played a major part in the investigation and search for Bin Laden, and so created Maya as a tour guide for the audience to follow what went on in the greatest man hunt of the century. In Jessica Chastain's extremely capable hands we get a personal look into the harsh world of interrogation and international  espionage.

Based on true events, Zero Dark Thirty covers several real attacks, sometimes with Maya present. In fact, several scenes are very jarring as explosions seem to happen at random. You never know when anyone is safe or in jeopardy. Although this is a long movie, the threat of danger keeps you on your toes right up to that last exciting half hour when we all get a rare glimpse into what it means to be a real life secret agent, operating in enemy territory. Regardless of your politics, it is the most exciting and tense piece of celluloid to be shown on screen this past year!

Scott, President Obama is shown briefly in one scene (Eric mentioned it) where a television is on and he is being interviewed by Steve Kroft on 60 Minutes. I am paraphrasing but he mentions that the United States doesn't torture and how we must regain our moral standing in the world's eyes. Watching the reactions flicker across the eyes of the CIA operatives in the room as they listen to the President's words is not only a great moment of subtle acting but it is also one of the most powerful moments in the movie. In the context of the scene it doesn't seem intended to cast Obama in a positive light.

As the most liberal member of this website you might expect me to jump all over this movie for its depiction of “enhanced interrogation techniques” aka “torture”. I find it a bit hypocritical that many people have a problem with waterboarding but they are fine with us dropping bombs from the relative safety of airplanes; bombs that sometimes kill innocent civilians. In my opinion that is a far worse moral act than causing temporary discomfort in prisoners of war in order to obtain valuable information. However, I understand that war is war, not a garden party, and as long as there are people in this world with the intent to cause death on a massive scale, war will remain an unfortunate reality.

As for the movie, I found it to be quite realistic but overlong. Eric was at times bored during Lincoln while I was at times bored by Zero Dark Thirty. Maya spent 8 years hunting the elusive mastermind behind 9/11 and watching this movie feels like it takes 8 years. If they had trimmed the first hour and a half this would have made for a much more concise story. After all there really isn't much of a plot.

The climactic raid on Bin Laden's compound is riveting to watch. It's terrifically staged and excitingly shot. It's like having a front row seat to one of the most historic 30 minutes of the new millennium.

Jessica Chastain is quite good as Maya even if the script seems to go out of its way to show her as tough as nails. When asked her identity at a high level meeting she announces, “I'm the motherfucker who found this place, sir!” It is only during the final shot, on the plane after Bin Laden's death, that Maya relaxes enough to allow her emotions to wash over her. Her quiet tears of relief in her final scene give Chastain her finest moment, as it humanizes Maya. It is perhaps the only moment in the film that reveals the director's gender. Can you imagine a John Wayne war movie that ended with him in tears, quietly reflecting?

Zero Dark Thirty is a well-made war movie about the greatest manhunt in human history. If only it wasn't so damn long. 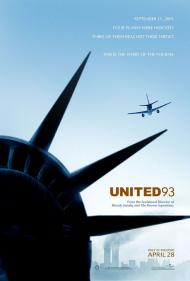 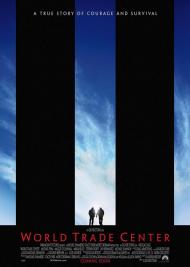