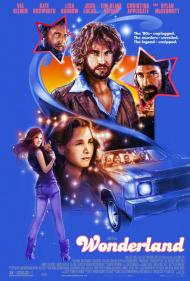 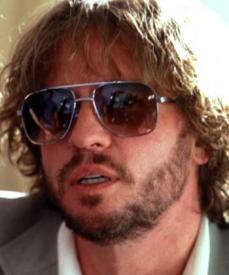 The cast, led by Val Kilmer as Holmes, does a fine job. You've never seen Lisa Kudrow or Dylan McDermott like this before. Other famous stars appear in blink-and-you-miss-them cameos like Carrie Fisher and Janeane Garofalo or are completely unrecognizable like Christina Applegate.

It's the summer of 1981 and for John Holmes the party is pretty much over. Only he doesn't want to admit it. Although technically still married (to Kudrow) he lives with his young girlfriend. Together they exist only for the next high. This destructive path leads Holmes to befriend dealers Ron and Susan Launius (Applegate) and their partner David Lind. These three operate out of the Wonderland party house in Laurel Canyon. When the Wonderland crew gets desperate for drugs and cash they decide to rob notorious gangster Eddie Nash, whom John Holmes happens to be 'friends' with. The break-in goes as planned, but days later the slaughter at Wonderland takes place. The question of just how the events played out will never be known for sure. We are given opposing versions by David Lind (he just happened to be out of town at the time) and John Holmes. Plus, after Holmes death from Aids in 1988 his former wife came forward with more incriminating evidence against him. Still it all comes down to whose story you believe.

Although well crafted and entertaining Wonderland is not for the squeamish. The actual murders are graphically reenacted and we're talking baseball bats and lead pipes to the head. With that as a warning see this movie at your own risk.