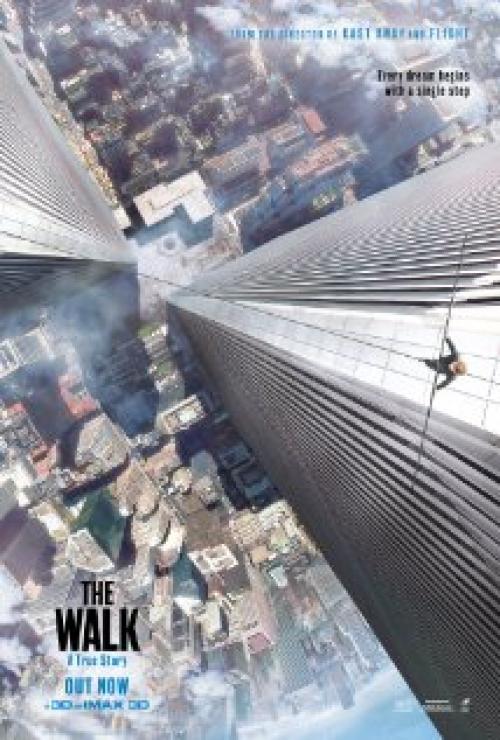 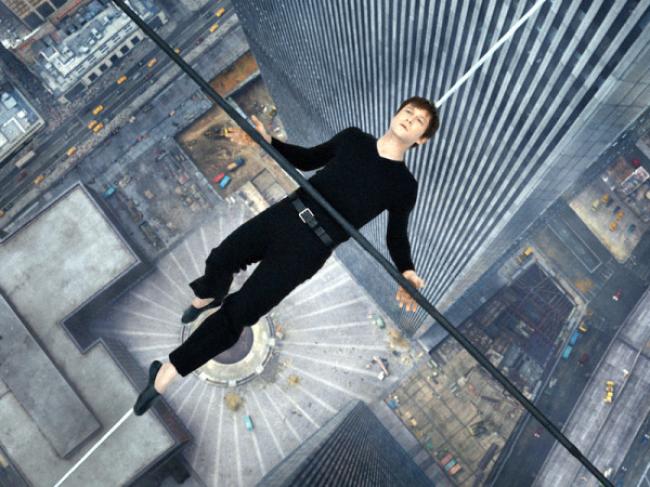 Joseph Gordon-Levitt as Philippe Petit in The Walk.

In their reviews of Man on Wire, the documentary that tells the same true story as this narrative film, both of my brothers lamented the lack of actual footage of the climactic tight-rope walk. This film is for them and those like them, who wanted to see more than was actually filmed in real life. Although naturally, it's all done with CGI and green screen for this fictional version, it's so well done (especially in IMAX 3-D) that it almost manages to capture the vertiginous feeling of being there.

For those unfamiliar, the plot is based upon a true story. It tells of how French performance artist Philippe Petit saw the Twin Towers of the World Trade Center in a magazine in his dentist's office and immediately became obsessed with the idea of stringing a wire between their peaks and walking between them. Enlisting the aid of his girlfriend, his mentor, and a circle of friends, Philippe travels to New York City where the towers are still under construction, and begins to plot how he will fulfill his dream.

Even if you'd never heard of Philippe, the fact that they made a documentary and a movie about him should make it perfectly obvious whether or not he succeeded. And yet, despite the foregone conclusion, the director Robert Zemeckis still manages to build the suspense nicely. The last half of the film is played like a heist movie. Philippe uses his odd charm and a number of disguises to scout the towers from top to bottom. His team, some of whom are more reliable than others, work together, not to steal something, as in most heist movies, but to penetrate the towers with their cumbersome equipment.

Of course, what we're all coming to see is the Walk itself. While the real event received only minimal filmed footage, here we get to see it in all its recreated glory. Joseph Gordon-Levitt learned to tight-rope walk for the part and the tops of the towers were reconstructed for him to walk between. Green screen allows the 12 foot height he really walked across to appear to be the 1,300 feet of the real towers. While obviously we know it's a movie magic, you'll still find yourself holding your breath as Philippe first takes those steps out onto the wire. It's definitely worth the price of a movie ticket to watch him do it.

Although the walk is the star attraction, the rest of the movie that precedes it is also entertaining, especially the second half. It does start a little slow as we learn of Philippe's background and childhood. However, once he begins his serious quest to perform his climb, the pace and the story picks up considerably.

The cast are all quite good. Gordon-Levitt does a passable (at least to my untrained ears) French accent and manages to make the eccentric Frenchman a likable, if temperamental, person. Ben Kingsley does good work in the small part of Philippe's mentor, and Charlotte Le Bon looks cute, but is under used in the role of girlfriend to the artist.

There's something quite awe inspiring about Philippe's story. He had no good reason to perform his walk and it could easily have gone quite wrong. You could call him an egomaniac, and that might be true, since who else but an egomaniac would believe they could do what he did? And yet the bravery, foolish or otherwise, that it took to walk across that wire is something that you can't help but admire. It's such an extraordinary act that if we didn't know it was a true story, we might never believe it as a movie plot. 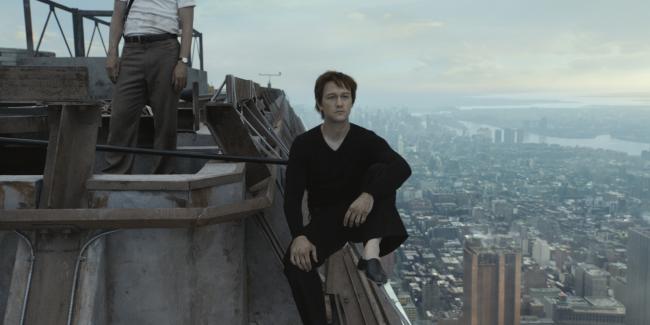 Joseph Gordon-Levitt in The Walk

I was disappointed with the Man on Wire documentary as it spent so much time building up to the act and then so briefly showed us any of it. As Scott wrote, we get to see the walk here and from angles we never could have from some hippies camera standing on the roof. In fact, it is done so well, that I felt as if vertigo was setting in. I hate heights and had to look away several times. In the documentary, I found Philipe Petit to be an arrogant showman but by seeing him walk between the towers closer up and from his angle, I now see him as a insanely brave Frenchman.

What I liked about Man on Wire was meeting this odd little determined man and hearing from his own mouth how he planned and executed a ludicrous stunt. Watching Joseph Gordon-Levitt pretend to be Philipe and use a French accent is not as intriguing. We know where the story is heading and what is going to happen so I felt like the build up dragged a bit too much. This two hour movie could have easily lost a quarter of its running time without hurting the film in the least, just as long as none of the walk scene was trimmed.

Gordon-Levitt narrates as Petit and explains that he is often asked why he did such a dangerous thing that could have gotten him killed. He explains that it was not about defying death but feeling alive. That is a romantic way of putting it but men all have some ingrain desires to conquer something, break a record, win a woman's heart, travel to some place exotic or any other number of things that make them feel unique and successful. Petit spent much of his childhood alone on a tight rope. Later he met other "artistic" loners and together they conspired to do something that no one had ever done before. They got caught up in the idea and they saw it through. You have to admire their fortitude but to think that Petit chose the largest stage in the world to just feel alive, you would have to be gullible enough think movie stars are humble.

You would have to be arrogant, as well as confident, to be willing to do such a stunt. It was his ego that allowed him to accomplish that walk as much as his skill at tight rope walking. We are shown, and Petit admits in the film, that he adores attention. Scott wrote in his review for Man on Wire that Phillipe is someone he probably wouldn't get along with if he met him in real life and I agree. His self centered attitude could have been his undoing and did drag his "friends" into his illegal act. However, no one can take from him the fact that he accomplished something that no one else ever did. As Petit poetically described, he alone danced at the top of the world. 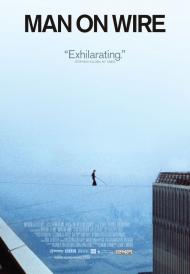