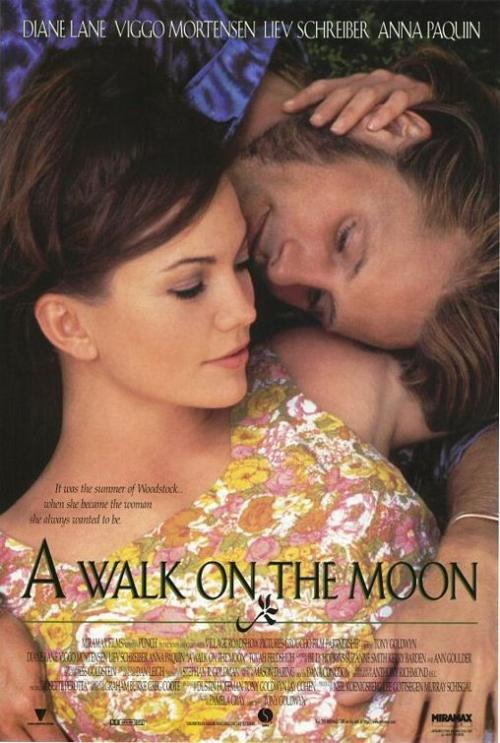 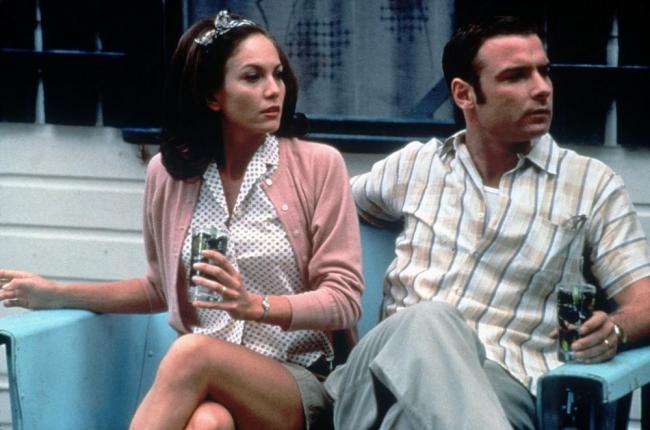 Diane Lane and Liev Schreiber in A Walk on the Moon.

A Walk on the Moon is a period drama from 1999. It offers a different perspective on the age old midlife crisis scenario. In place of the stereotypical 40 year old man who runs off with a stewardess and buys a sports car, you have a middle-aged housewife who runs off to Woodstock with a traveling blouse salesman. Set in the summer of 1969 (the title alludes to the moon landing – which plays a part in the movie's plot) this was actor Tony Goldwyn's directorial debut. He does a competent job without doing anything in particular to distinguish himself.

Diane Lane and Liev Schreiber star as married couple Pearl and Marty Kantrowitz. They have two children, a girl and a boy. New Yorkers, they go to an upstate camping ground every summer. They are accompanied by Marty's mother (Tovah Feldshuh). With the upcoming moon landing, Marty is busier than usual at his television repair job. He must spend his weekdays in the city working. Anna Paquin plays their eldest child – she's fourteen and this is the summer her adolescence kicks into high gear.

Unfortunately it also happens to be the summer her mother temporarily abandons her family to experience the youthful freedoms she missed out on by getting pregnant and married at 17. Her temptation comes in the form of Viggo Mortensen at his most attractive. When the daughter sneaks out to attend the nearby Woodstock Music Festival she is shocked to see her half-naked mother among the crowds, cavorting on LSD with the blouse man. The final third of the movie deals with the aftermath of Pearl's affair.

Diane Lane was hailed by critics (she received an Independent Spirit Award nomination for Best Lead Actress) for her performance as a woman who, by her own actions, nearly breaks her family apart. Although she is completely to blame you can't help but feel for her. Lane conveys Pearl's anguish with every hurt look on her face. Liev Schreiber matches her beautifully as the wounded husband. Their emotional journey together is painful to watch. It rings with truth.

Filled with songs from the Woodstock era, A Walk on the Moon is nostalgic and bittersweet. It's a well-acted tale of regret/coming of age story.