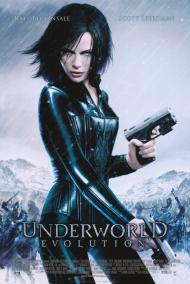 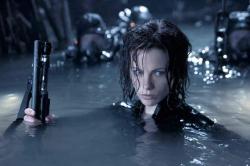 Underworld: Evolution has the same good things going for it that the first movie had; namely, Kate Beckinsale kicking ass in a skin tight suit. It also has a distinct visual style that plays well throughout the action scenes. Unfortunately, it also carries all of the original's weaknesses, such as lack of character development and some major plot holes.

Beckinsale reprises her role as Selene, the vampire Death Dealer who killed her maker at the end of the last film. This one picks up right where that one left off with Selene and Michael (the vampire/werewolf hybrid) on the run from the expected backlash from this murder.

Complicating their escape is some rather muddled mythology wherein another ancient vampire, Markus, is awakened and he too is seeking Selene, but for different reasons. He, it seems is the original vampire and his twin brother was the original werewolf. His brother is imprisoned in a cell designed by Selene's human father and she is the last surviving vampire to know of the location of this cell. Further complicating matters is the fact that Markus's father is still alive, although just what kind of immortal he is they don't bother to explain, and he interferes with the course of events as well.

The plot then is really very simple, Markus wants to free his brother, and Selene and Michael want to stop him. It is only the additional layers of mythology that serve to thicken this lightweight soup.

As in the first Underworld though, the plot isn't as important as the action scenes and those at least are done properly. Although, like the first movie, little is done with the actual fact that Selene is a vampire. No human is ever bitten, although several vampires bite each other both willingly and unwillingly. And although she has superhuman strength, she tends to rely more on guns than her own vampiric powers.

If nothing else, the movie provides an opportunity for Beckinsale to look good and do some cool fighting moves, including her now patented leap from a high place with jacket billowing behind her maneuver. She also does an almost nude scene with Michael that seems to be there only for the purpose of proving to the audience that everything in the black suit she wears is really all her.

Speedman as Michael is again left with the thankless role of playing second fiddle to Selene. His character is strictly that of pretty boy, apart from the few times he gets to wolf out.

Despite the plot not being important, the holes in it are impossible to ignore. Without wishing to give anything away, I will just say that for one of the movie's biggest plot holes, it's a good thing she brought that corpse along at the end. If you see the movie, you'll know what I mean.

Underworld: Evolution is a music video of a movie. It looks good, as does its star, but underneath the stylish veneer is nothing but an empty shell. Despite its title this movie hasn't evolved at all from the original. 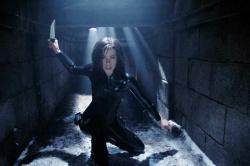 I have a few questions for the makers of this movie. Why does a vampire need a flashlight to see in the dark? They use UV guns to kill vampires, but they can't come up with a garlic one to kill werewolves? Why can't Selene turn into a bat and fly? Can she telephone or text Blade for backup?

Underworld: Evolution is a fun fast fantasy film to watch but if you start to question any little aspect of it then it unravels into a mess of contradictions and, as Scott wrote, plot holes. The special effects are decent and the director films it all in blue light for that night time look. It also serves well to accentuate Kate's blue eyes.

My favorite part of this movie was the setting. It looks like some eastern European country where Vampires and Werewolves truly belong. It also looks like the sets from Van Helsing but I am sure that's just coincidental. 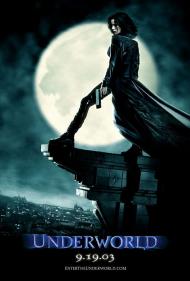 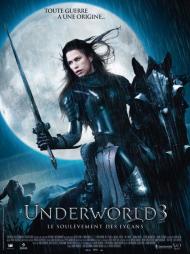 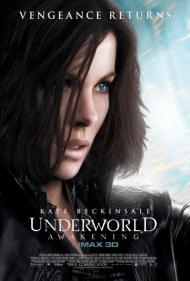