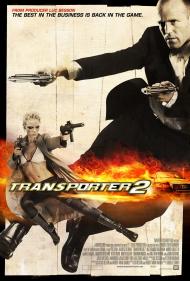 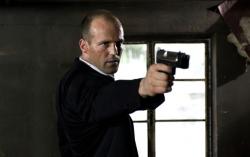 The first Transporter movie resembled a video game with its shallow plot and over the top, non-stop action. With The Transporter 2, the filmmakers (who remain from the original) have produced more of the same, with possibly even more over the top action. Like the original, the movie is entertaining in the shallowest manner. It looks cool, but there isn't a centimeter of depth or characterization in it.

If you missed the original, which did ok business at the box office but really took off on DVD, it features Jason Statham as Frank Martin, an ex-special forces operative who now makes his living as a transporter of whatever people will pay him to transport, with no questions asked. Statham plays the part well, bringing a cool toughness to the role that helps make up for some of the more ludicrous action scenes.

This time around Frank is in Miami where he's doing menial chauffer duty as a favor to a friend. Most of his time is spent driving around 6-year old Jack Billings, the son of the newly appointed Czar on the war on drugs. As you might expect, things take a more exciting turn when Jack is kidnapped on Frank's watch and he vows to return the son, which is an act easier said than done since Frank is now the number one suspect in the kidnapping. What Frank soon learns though, is that the kidnapping is only a means by which a more deadly plot can be hatched.

Once Frank begins his one man mission, the action never really lets up and the movie flies along, never boring you, but never doing anything beyond providing cheap thrills as set action piece follows set action piece. This wouldn't be so bad if the action was more believable, but Frank has become a virtual Superman as he pulls off the most miraculous stunts in and out of his car. When a bomb is affixed to the bottom of his car, for instance, he removes it by driving off a ramp, which flips his car into a roll, and a conveniently hanging chain nicks off the bomb, before he lands perfectly again.

In fights Frank is also able to do incredible things no matter what the odds, taking on ten heavily armed men at once. Although the movie does make a joke out of it at one point, when a group of thugs mysteriously run out of ammo all at the same time, explaining for once why, in these sorts of movies, no one ever just shoots the martial arts expert. And of course Frank comes out of these fights with barely a scratch.

Fans of the first Transporter shouldn't be disappointed with this sequel. It's very similar to the first in tone and action. I wasn't disappointed either, but that's probably because I wasn't expecting anything more than what I got. 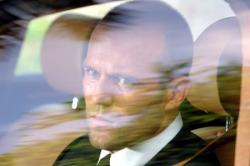 Scott is right. There are many unrealistic aspects in this film. There are the many over the top car stunts, the fight scenes and Mathew Modine's acting. However, the absolute most unrealistic scene in the entire movie is when Franks pulls up right in front of the school one minute before it lets out. Any parent who has ever picked up a child from school knows you have to get there at least 20 minutes early to get that prime parking spot. Although the movie pushes plausibility out the window, it is still entertaining to watch if you can except it's excessiveness, and Modine's acting.

Jason Statham gets all the credit for this film. He plays Frank with all seriousness. He rarely cracks his straight face. He never appears to be doing anything tongue in cheek like Will Smith in most of his action movies. He never uses some humourous quips after an action scene like James Bond. He does, however, have one funny line early on when he says, “He's not really a friend. He's French."

As a fan of The Transporter, I was a bit disappointed in that Frank was doing chauffeur duty. Much of his appeal derives from being a cool loner. In The Transporter 2, he makes new friends and gets visited by an old one. Sure Statham keeps Frank cool and well groomed, but his image is better suited as a lone wolf. He is like Rick from Casablanca. His charm is his aloofness. 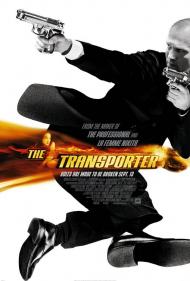 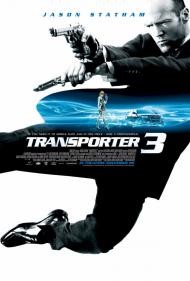 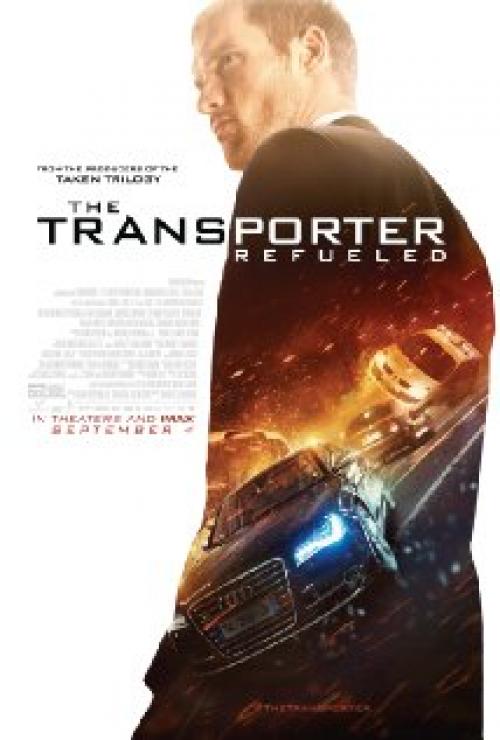