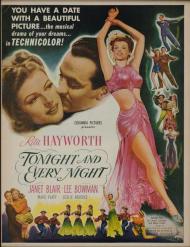 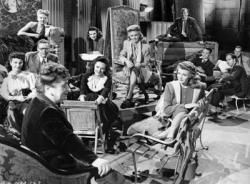 Rita Hayworth in Tonight and Every Night.

Tonight and Every Night is one of Rita Hayworth's worst films. It is dogged by a simple plot and, mostly, forgettable songs. It is an extremely light weight film that has no business dealing with the serious subject of the London Blitz. The only thing worth watching in this film is the lovely Rita.

In flashback, a stage hand tells a story to a Life Magazine photographer about how the theater stayed open during the bombings. Included in the flashback is a love story between Rita and a British pilot. Rita and troupe perform many musical numbers. Other than Rita's version of You Excite Me and the title song, there is not a decent song to be found.

The movie is supposed to show the determination of those who lived through the bombings. Tonight and Every Night is too light of a film to do justice to the death and destruction the Nazi's caused. Near the end of the movie a couple of key characters die but it is to little too late. The movie is so completely weak, dramatically speaking, that even if the entire cast died it would not have added any tension.

Rita Hayworth was one of only a hand full of women, in the 1940's, who could carry a movie by herself. Unfortunately she got stuck starring in this lame excuse for a film. 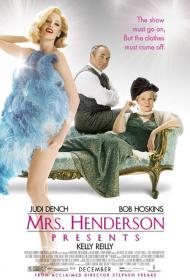