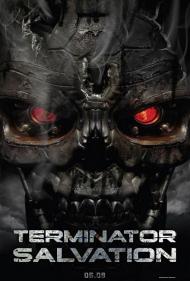 I have not kept up with Terminator: The Sarah Connor Chronicles, but I am a fan of the Terminator movies. Terminator Salvation takes place before the first movie, or is it after? Kyle has yet to go back in time, but John is now a leader in the resistance. Either way, it takes place in the future as Sarah and Kyle’s son is now grown, but still disagreeing with authority figures.

The movie is actually not John Connors story. He is in much of the film, but few details are given about him. His wife, a doctor, is carrying their child. He is in charge of a group of resistance fighters. There are pockets of resistance fighters all over the world and they all answer to some generals who hide out in a submarine used as headquarters. They believe they have just discovered a new weapon against the machines.

The real story is about a man named Marcus Wright. He was a convict who signed up for an experiment with Cyberdine shortly before being executed in 2003. Fifteen years later he wakes up to a world he does not recognize. The machines have taken over and he is merely trying to figure everything out. He meets up with Kyle Reese and together they fight terminators and try to reach the resistance.

Marcus is an interesting character as he is actually a terminator, but does not know it. He befriends Kyle and falls for a girl. Both of whom, he rescues. All of this is unique to him as he was a criminal and not a “good guy.” The moment he finally meets John is the emotional high of the movie as he discovers what he is. John calls him “it”, while Marcus still thinks of himself as a man.

Sam Worthington could be the next big action star. He comes across as the masculine, sensitive type. He is not a pretty boy or a body builder. He seems real in ways Schwarzenegger or Stallone never did. His next big action role is Perseus in the remake of Clash of the Titans.

The world of Terminator is now so well known that those who loved the movies will be looking for details and accuracies. There are some things mentioned that you will only get if you have seen the other movies, but not so much that you will not enjoy the movie if you have not. The action is plentiful enough to keep you watching even if the history of these characters is a bit vague to you. 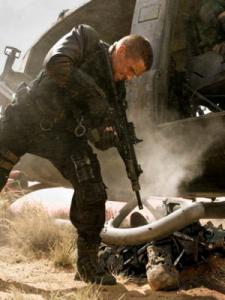 Christian Bale is a great actor, but they should have focused on Marcus and Kyle.

I'm a fan of Christian Bale's. Sure, apparently he made an ass of himself during the making of this movie, but I only have to watch his movies, not work with him. Surprisingly then, he is the weakest part of this movie. Although to be fair, it isn't Christian Bale who's weak, it's John Connor. He's given far too much screentime, when the real story, as you say Eric, is about Marcus Wright. It's just too bad that because Bale is such a big star the filmmakers chose to focus so much on him.

Like you Eric I haven't watched the Sarah Connor Chronicles and really I feel like they're milking this franchise for all its worth, when it should have ended with the first one. Oh sure, Terminator 2 was entertaining, but it wasn't the classic that the first was.

The original Terminator is filled with a sense of urgency. Sarah is relentlessly tracked down by this unstoppable killing machine and by the end when she finally manages to kill it, you're practically screaming, "Yeah, yeah, you go girl. Kill that motherfucker!" (Even if you're only doing it on the inside.) At the end of this movie, I was like, yeah, okay, so it's over. (That is when I wasn't groaning over the really cheesy dialogue about hearts.) I certainly didn't have to fight the urge to cheer.

All of the best moments in the movie come when it focuses on Marcus. The best scenes are when he is interacting with Kyle. There's about 20 minutes in the movie when it really seems to wake up and made me think, hey, maybe there's life left in this franchise yet. And those 20 minutes are from when Marcus meets Kyle in L.A., until Marcus is thrown off of the Terminator transport after Kyle is taken prisoner.

There are also a few scenes of tension between John Connor and the guys in charge of the resistance that are completely unnecessary. They should have made Connor the guy in charge and Marcus the guy who does all of the action.

This isn't a bad movie by any means. The effects, the action and the acting are all well done. With a slight change of focus and a different edit job, I might have loved it. Instead I just thought it was so-so. It's a way to kill an afternoon, but certainly not a movie I would be in a hurry to watch again.

Sam Worthington as Marcus Wright is the best thing in the movie.

Not only have I not seen the Sarah Connor Chronicles, with the exception of the first one, I had never even seen a Terminator movie all the way through. I was therefore pretty unfamiliar with this bleak future where man and machine are at war.

I have never been a big fan of action movies. As they have gotten more and more CGI’d I find myself disliking them more and more. I was not expecting to enjoy this movie but for the most part I did. The pacing is fast enough and believe it or not the action scenes are not as over-the-top as I expected.

It is also a thinking man’s action movie. The concept of a machine believing it is human is interesting. I felt empathy for Marcus. And I have to agree with my brothers that he is the best part of the plot. I have never liked Christian Bale and his part here is the weakest in the movie.

While I did enjoy Terminator Salvation it did not intrigue me enough to want to go back and watch the other movies in the series. And what was up with the Arnold Schwarzenegger Terminator model? Was that really Arnold or a CGI version? He looked at least 20 years too young to be the real thing. 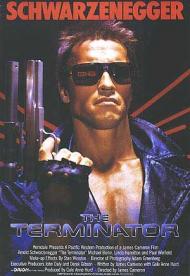 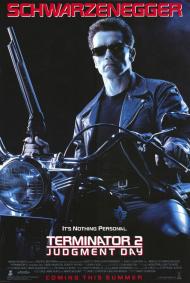 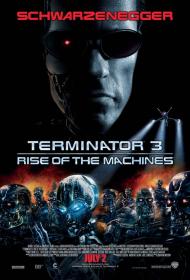 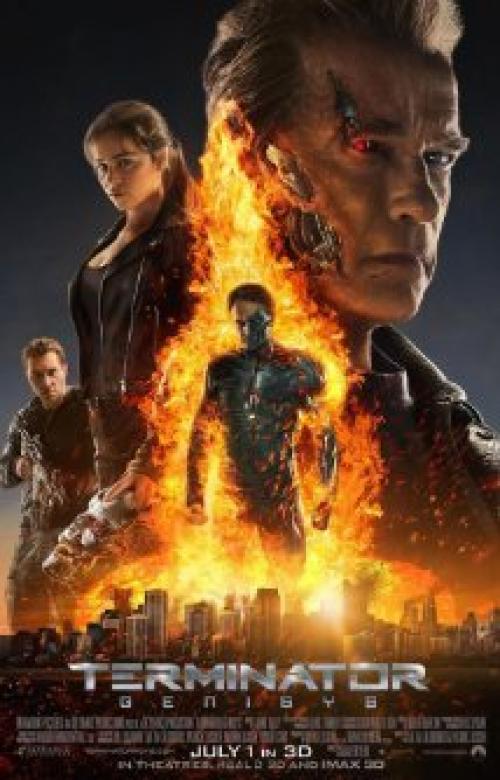