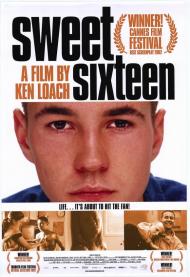 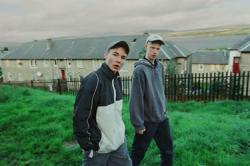 A young man coming of age is a often used plot device. The movie usually involves a teen male discovering and overcoming some adult issues. Some lesser creative coming of age movies simply have a teen boy lose his virginity. Sweet Sixteen is one of the most sincere films about a young man trying to find his way and it refreshingly enough has nothing at all to do with sex.

Liam is a Scottish teen who lives with his abusive step dad and grandfather. His mother is in prison. His older sister is a single mother living on her own. After refusing to pass drugs to his mom while visiting her in prison, his step dad beats the crap out of him and Liam runs off to live with his sister, the one and only person who truly loves him.

Desperate to have as normal a life as he can create, Liam starts selling drugs to afford a place for him and his mother to live in when she gets released from prison, the day before his sixteenth birthday. Liam spends the entire movie struggling to create what he hopes will be a good life for himself when his mother comes home. Around every corner is an obstacle. Many he himself has created by his own illegal actions.

Although Liam is a bold faced punk criminal, I liked him and rooted for him. It is always a sign of a great movie when I find myself liking someone who is morally questionable in a movie. One minute Liam is playing childishly with his nephew and the next he is in a brawl over drugs. One minute he is breaking and entering and the next he is making a cassette tape for his mom to listen to in jail. Liam has no structure in his life and is being forced to make adult decisions. Unlike so many coming of age movies Liam does not really want to grow up, he simply has too.

The ending of the Sweet Sixteen stays true to the characters. I hoped for a happier ending but it hardly would have been consistent. The very last scene is a bit ambiguous. It is the movies only flaw. One can imagine what happens to Liam, and it is probably not something good, but I still had hopes.