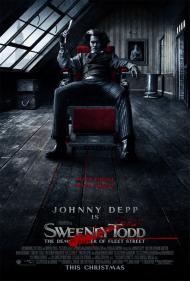 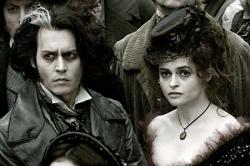 My favorite type of musical is the musical where the songs don't just augment the story, they are the story. In other words, if you can remove the songs from the story and you still have a complete story that makes sense, then that's not the kind of musical I'm talking about. Hairspray, Grease, most of the old classic MGM musicals, are all examples of that type. A character tells another character that they love them and then they break into a song that expounds on that love; which is nice and can be entertaining if done right, but I prefer musicals like Evita, Phantom of the Opera, Rent (although the movie versions of those last two added more dialogue than was in the original staged versions) where they're rather like Opera-lite; i.e. almost the entire script is sung, only with pop music instead of classical. This heightens the emotion and the drama to a great degree, and I like that. I don't know, maybe it comes from growing up watching MTV in the 80s, where every video was a miniature version of what I'm talking about. In any case, Sweeney Todd is that kind of musical and I loved it.

Just knowing that this is a Tim Burton film, should give you an idea of what to expect from this movie. It carries his usual dark and twisted, highly stylized brand of direction. I'm not always a fan of his, but he's perfect for this movie. His vision of a dark and smoggy nineteenth century London, with muted colors, is perfect for the music and the story. It also stars Johnny Depp and Helena Bonham Carter, another Burton trademark, and they're both terrific in their parts.

Depp plays Sweeney Todd. A man returning to London after many years. His story is a sad one. Once a young, happy husband and father, he's now older, angry and hungry for revenge. His beautiful young wife unwillingly caught the eye of an evil Judge (Rickman), who lusted after her. Trumping up charges against Todd (then known by his real name of Barker), he had the young barber deported. After Todd's departure, the Judge was able to lure Todd's wife to his home where he ravished her. Unable to carry on afterwards, Todd's wife swallowed poison. The Judge then took Todd's baby daughter on as his "ward".

Now Todd has returned. He takes up residency in his old home above Mrs. Lovett's Pie Shop. Mrs. Lovett (Bonham-Carter) recognizes him from before and quickly becomes his ally in his quest for revenge. Both of them have dark ideas and the plan they develop involves murdering Todd's customers and turning them into meat pies for Mrs. Lovett to sell. As you can see, it's not exactly a musical concerned with "Happily Ever Afters".

I wasn't familiar with Sweeney Todd before seeing this movie, but was surprised to discover that I knew a couple of the songs anyway. "Pretty Women" and "Nothings Going to Harm You", are the ones that I knew, although neither one of them was sung under the circumstances I would have expected from just hearing them.

And speaking of singing, both Depp and Bonham-Carter do a good job. Granted, I don't think Depp should give up his day job to become a singer, but his voice is serviceable for the role, and most importantly his acting of the songs is superb and easily masks any weaknesses his singing voice might have. Bonham-Carter has a nice soprano, which I enjoyed. I think she made a perfect Mrs. Lovett. She's quite mad, with zero scruples, and yet I liked her. That has to say something. Unfortunately for her, she's the one who has to be compared to Angela Lansbury and Patti LuPone, both of whom played Mrs. Lovett on Broadway, creating and starring in the most recent revival, respectfully. Not having seen either of those versions, I'm free from having to compare her to either of those women and I thought she was great.

This isn't a movie for everyone. You need to be a fan of musicals and also be able to appreciate dark and twisted humor and not mind lots of blood. For me, it was one of the very best movies of the year, and I one that will certainly be buying the instant it becomes available on DVD. 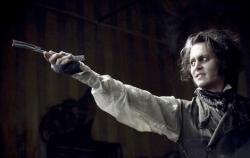 In Sweeney Todd, innocent, anonymous men sit in Todd's barber chair expecting to get a shave only to be murdered. Lucky them! At least they did not have to watch this tiresome film. From those classic Gene Kelly MGM movies to Disney's recent Highschool Musical's, I have enjoyed many films with song over the years. None of them have ever bored me as much as Sweeney Todd.

Speaking of the songs. The one and only one that stood out in anyway for me was the one in which Mrs Lovett sings about her desire to marry and settle down with Todd. God knows I cannot remember a single lyric from it. I only recall it because in her dream the setting changes.

This movie is dark, gross, wretched, uninspiring in anyway and down right a chore to watch. There is nothing about this puddle of sewer water that deserves four stars, let alone one. Only an extremely forgiving musical afficionado, Johnny Depp fan or Jack Kevorkian could possibly enjoy this movie.

Depp and Bonham Carter are as twisted as they come.

Eric, I’m confused. Did you like this movie or not? OK so it is gruesome and macabre but it is also highly original and well acted as Scott mentioned. Like Scott I knew “Pretty Women” and “Nothin’s gonna harm you”. Barbra Streisand recorded both for her 1985 ‘Broadway Album’. And yes, the context in which they are sung in the movie is vastly different than the lyric’s suggest.

Obviously the subject matter is not for everyone (read Eric’s review). If you can get past the amoral behavior of the main characters then this is a fairly entertaining movie. It features Burton’s trademark visuals and dark humor. Johnny Depp plays tortured better than anyone, and has there ever been a more tortured character than Sweeney Todd?

Yes some of the songs get a bit repetitive and I saw the ending coming from far off. Overall though I enjoyed this movie more than I expected to. Sweeney Todd has to be the most violent musical ever made and it is definitely not for the squeamish.