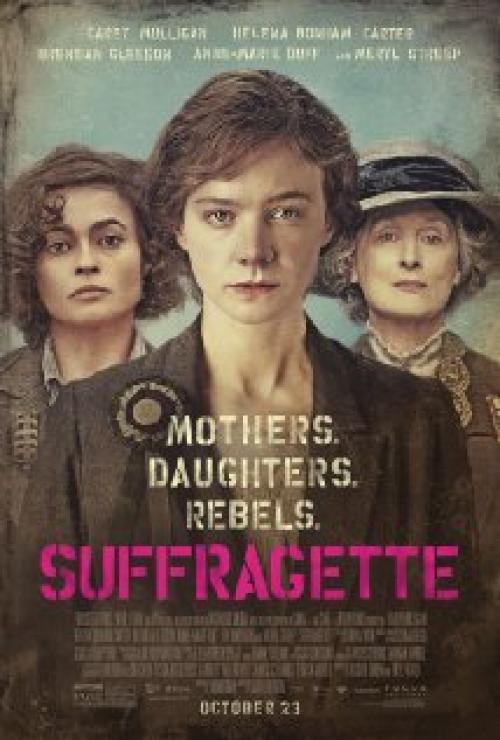 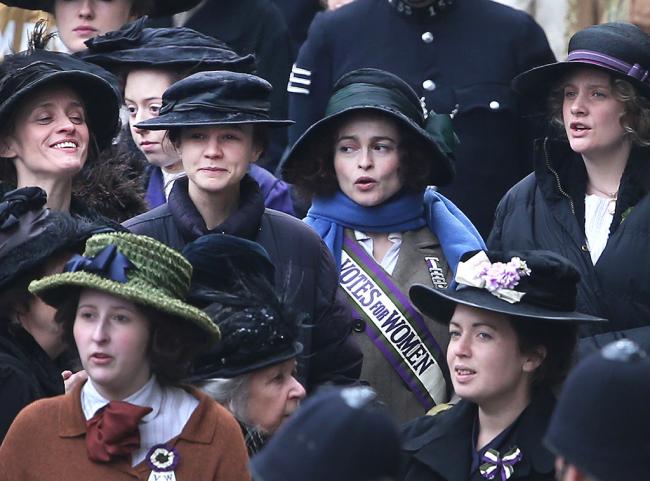 Given the low voter turnout for most elections these days, it's easy to forget that the right to vote--or not to vote as is often the case--was a hard won right for some. The sacrifices made by the women of the suffrage movement were great and deserve to be remembered. And although this movie tells the story of suffrage in the UK, its message should resonate with voters in any representative democracy.

The plot weaves fiction with historical fact. Carey Mulligan plays Maud Watts, a young wife and mother who has spent her life working in a laundry under the supervision of a boss who sees the younger women in his employ as his for the taking. Maud is a fictional character, but is meant to represent the common woman of the period. She is drawn into the suffrage movement by her more militant co-worker Violet. Maud attends her first suffrage meeting more out of a show of defiance and rebellion than a deep belief in the cause, but her eyes are opened as she sees the chance to take a little more control over her own life.

As Maud becomes more dedicated to the cause, her life begins to change. Her husband doesn't understand her desire to change and is embarrassed by her actions. Eventually he throws her out and forbids her from seeing their son. While this portion of the story is meant to demonstrate how little legal powers women held at the time, it is also the film's weakest plot line simply because it is told in such a melodramatic manner. It's very much of the kitchen sink soap opera variety.

The political side is better handled and more entertaining, particularly when Maud takes part in actual historical events. She meets suffrage leader Emmeline Pankhurst and hears her speak. She takes part in the bombing of future Prime Minister David Lloyd George's house. And in the film's climax, she is present at the fateful events of the 1913 Epsom Derby. Maud and the other women of the movement are imprisoned for their beliefs--some of them multiple times--and force-fed when they go on hunger strikes. Their struggles are the film's strongest points, with the drama aided by the knowledge that these things really happened.

The cast is universally excellent. Mulligan begins the film as a downtrodden victim of life, too timid to speak up and accepting of her position in life, but gradually she strengthens, occasionally letting vent to the injustices she sees. Helena Bonham Carter, who in real life is the great-granddaughter of suffrage opposing Prime Minister Asquith, is terrific as the fiery group leader who is quick to take up the more violent side of the movement. Streep's presence in the film is quite small and out of proportion from what the marketing campaign would have you believe, appearing as she does in just one scene in what amounts to a cameo appearance.

With so much emphasis on the female parts, the men are underrepresented. Ben Whishaw as Maud's husband and Geoff Bell as her boss are fairly one-dimensional characters and are essentially the villains of the piece. Brendan Gleeson is the most interesting of the male characters. He plays the police inspector assigned to handling the suffragettes. At times he seems to admire them and their willingness to standup for their cause, but the script holds back from allowing him to be a completely sympathetic character.

This is a small film and its audience will likely be equally small. It's a shame really, because this film, or others like it, should be required viewing before being given the right to vote. Perhaps if more people appreciated how much was sacrificed by certain groups to win the right to vote, they might realize what a privilege it actually is. 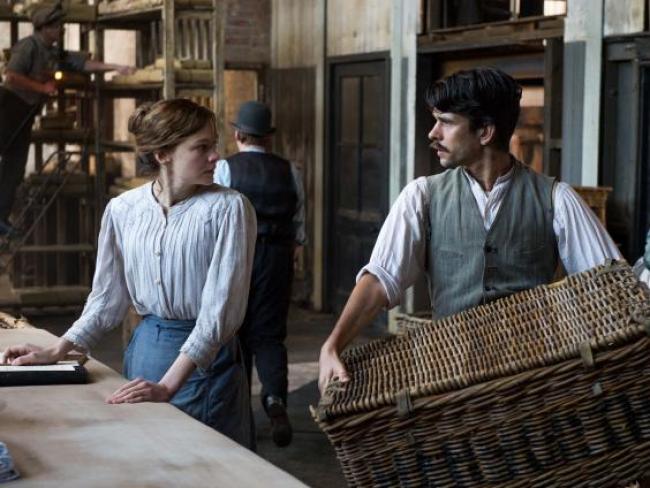 In the developing modern world the struggle for equal rights for all has been a hard fought battle. Like 2014's Selma, Suffragette vividly recreates one very important chapter in this struggle. Also, like Selma, it demonstrates just how brutal the fight for equal voting rights for all citizens -regardless of gender, race, or religion- has sometimes been. Like my brother, I think Suffragette is at its best when sticking to history.

The trials and tribulations of the fictional Maud Watts goes from Dickensian tragedy to near Job-like persecution and suffering. Like Lillian Gish a century ago, Carey Mulligan sticks her chin up and bravely carries on as her life is stolen from her piece by heartbreaking piece. Yes, like those old Griffith silents, it's pure melodrama but at least it's fairly entertaining melodrama.

Meryl Streep is being used to draw people in. As Scott wrote she has just one scene, although it is a good one. I wonder how many British accents she's done by now. She's as impeccable as ever and gets one of the movie's most memorable lines when she defiantly declares, “I'd rather be a rebel than a slave!”

Suffragette has a gloomy atmosphere that suits the somber storyline but it gets to be a bit tedious after a while. Still I do recommend this movie; the talented cast (Helena Bonham Carter is indeed terrific!) and the very important subject matter are worth the price of admission. Suffragette vividly depicts what we in today's society take so much for granted. These struggles need to be remembered so that history does not repeat itself and the dead will not have died in vain. 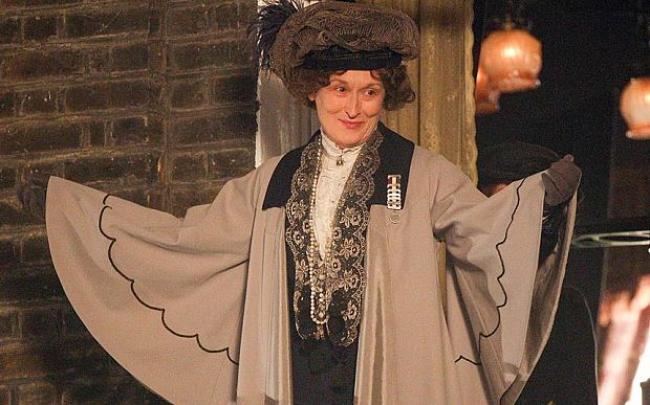 Yes, the gloomy atmosphere does become a bit tedious at times. These women are continuously miserable. We only see Maud truly happy when she is with her son. There should have been a scene early on where we see her husband giving her an earth shattering orgasm. Hear me out. All we see is how men have it easier than women and all Maud gets from being with her husband is impregnated and a home. Showing her enjoying sex with him would have demonstrated that they had more than just convenience keeping them together. It would have also demonstrated that she was losing a lover as well as a provider when she decided to take up the cause. It would also show that he was losing more than just a house keeper, nanny and second source of income. Their break up would have carried more weight.

As important as this story is to be told, we needed the men to be better represented. I am not talking about the husbands and bosses. I am referring to the politicians who took far too long to take these ladies seriously. The film begins with a narration of men explaining that, in short, women are too stupid to grasp politics and serious issues. Really? That is the best they could come up with. Maybe there was more to it? Maybe. In the United States, during the same time period as this movie, an organization called the Woman's Christian Temperance Union spent years fighting for several causes with its two most notable being votes for women and prohibition. That would have been an easy argument. "Hey guys, if we let women have the vote, they will make alcohol illegal." The 18th amendment did just that while the 19th allowed women the right to vote. A better argument from the male side of the debate would have made for a more intriguing story. As it is, all we have is one side obviously in the right while the other is blatantly in the wrong. Boring!

Throughout history, people have taken on struggles to make some type of social change. You can always tell the manufactured ones (Occupy Wall Street) from the real ones (Suffragettes) because the real ones escalate until a change is made. The fake ones last until the participants get bored. Some are no brainers, like votes for women, civil rights and gay marriage. Others are not even worth the effort, like transgenders using the public school bathrooms of their choice. Just put a private one in every school and get on with it already. Everybody wins and no teenage boy gets to run into a girls bathroom and show off.

I bring up these other issues because a movie like Suffragette makes the point that somethings are worth fighting for while others are just media distractions. Note that the suffragettes learn early on that they must get media coverage to get their point out. Thus they escalate their terrorist actions until they can no longer be ignored. I agree completely that this movie should be required viewing before graduating high school. It really shows, on several levels, how the world so often works. 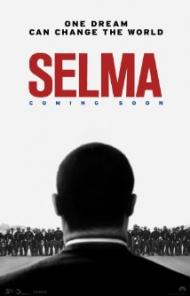