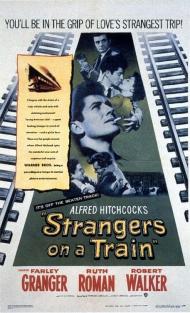 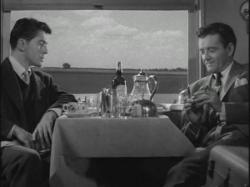 Strangers on a Train is a classic B & W Hitchcock thriller from 1951. This fast-paced, taut and brilliantly crafted movie is a must see for film buffs and aspiring directors alike. Although it was released nearly 60 years ago it remains incredibly fresh today. It challenged the censors of the time with its extramarital sexual innuendo and shockingly violent climax on a carousel.

Farley Granger plays a well known tennis player named Guy Haines. Robert Walker plays Bruno Antony the ne’er do well son of a rich and powerful man. After a chance encounter on a train neither of these men’s lives will be the same. You see Bruno is a psychopath. He suggests that the two men “exchange” murders. Haines has an unfaithful wife he would like to get rid of in order to marry his new girlfriend. Bruno hates his father. Of course Haines doesn’t take Bruno seriously, at first…

That set-up is all you should know before watching this compelling movie. The plot kicks in right away and the tension never lets up.

There are several iconic Hitchcock moments. At an amusement park Bruno callously pops a little boy’s balloon with his cigarette. One famous scene takes place during one of Haines’ tennis matches. He glances into the stands. At first all we see is everyone in the crowd turning their heads simultaneously back and forth following the action of the ball. It is only as the camera moves closer that we notice one man in the group staring straight at Haines.

Another unforgettable shot happens during a murder. We see it reflected through the lens of a pair of glasses on the ground. It is a nice little touch of the kind that you expect from this master director. The finale on the carousel is as exciting as they come and as I said before it is quite shockingly violent.

As a fan of tennis it is interesting to see the grounds of the old Forrest Hills Country Club. This is where the U.S. Open was held before moving to its present location at Flushing Meadows. The ancient wooden racquets and old fashioned serve-and-volley style of play are also of interest.

Farley Granger was a very handsome man but not the greatest actor in the world. His somewhat stilted performance is the only minor flaw in this otherwise perfect movie. Patricia Hitchcock (Alfred’s daughter) does a surprisingly good job as Haines’ fiancée’s younger sister, but it is Robert Walker who easily steals the movie. In Bruno Antony he created one of the screen’s all time great villains. His performance is blood chillingly heartless. Unfortunately Robert Walker died a few months after completing this movie.

Strangers on a Train is one of Alfred Hitchcock’s most purely entertaining movies. 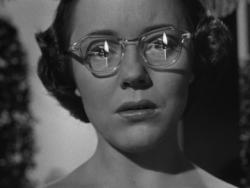 Patricia Hitchcock in Strangers on a Train.

The "let's swap murders" premise of this movie is more famous than the movie itself.  It's been spoofed and repeated many times.  Throw Mamma from the Train is probably the most famous imitation, being a comedic remake, but many other movies and television shows, including The Simpsons (where Bart and Lisa agree to kill each other's teacher), have made reference or paid homage to this story.

While I agree that the premise is great and Hitchcock's technical skill is on full display (watch the way he works with 2 of everything, using doubles as a running theme), but there are some weaknesses that keep this from being a true classic.

I wholeheartedly concur with you Patrick about Farley Granger not being a very good actor.  He's very stiff and awkward.  I've noticed though that a lot of the actors in Hitchock's films come across this way.  Maybe that's why he liked working with well known stars such as Grant  or Stewart (reportedly he first wanted William Holden for the part of Guy), because he knew they could act and he doesn't seem particularly adept at drawing out great performances from lesser known actors.

I also agree with you about Patricia Hitchcock.  She steals all her scenes as the excitable younger sister.

Robert Walker is okay, but I wouldn't call him one of the all time greats, although he is certainly memorable.  His oedipal behavior toward his mother and father is creepy enough, but he's so campy that it's hard to take him seriously.

Hitchcock does his usual supsense building, but one scene really annoyed me.  When Bruno drops the lighter down a storm drain, he reaches his hand into the drain to retrieve it, but he can't reach the lighter no matter how hard he strains.  With a mighty effort he touches it, but only succeeds in knocking it further into the drain.  So he strains and stretches even further and somehow his arm extends to the point where he can now grab it some six inches below where it first fell.  I thought for a moment Bruno was secretly Mr. Fantastic of the Fantastic Four and had developed the power to stretch his body.  By the time he grabbed it, I was laughing out loud.

Another suspenseful scene that annoyed me is when Guy goes to see Bruno's father.  He's supposed to be going to see him so he can kill him.  First he gives the police who are tailing him, the slip.  He takes the gun that Bruno gives him and sneaks into Bruno's family home at night.  There's a guard dog between him and the father's bedroom.  What you find out is that his plan all along wasn't to kill the father, but just to talk with him about Bruno.  Well then why did he sneak into the house at night with a gun?  Has he never heard of an invention called the telephone?  He uses one several times during the movie, so why not now?

The other thing that bothered me about the plot is the way that Guy stupidly goes along with Bruno's plan.  Why didn't he go immediately to the police after Bruno told him that he'd killed the wife?  Bruno feeds him a line about how he'd tell the police that it was Guy's idea, but Guy instantly becomes the prime suspect in the murder anyway.  His only hope is to go to the police immediately, because as soon as he learns about the murder and doesn't come forward with what he knows, he seems even more guilty.

With its swift running time and with Hitchcock's directorial flair, this movie does entertain despite its weaknesses, but there are much better Hitchcock films. 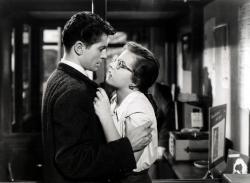 Farley Granger and Kasey Rogers in Strangers on a Train.

Miriam Haines is one of the all time biggest sluts of the cinema.   On the night of her death, she is married to one guy, carrying the baby of another, on a date with two guys, while she flirts with yet another guy.  No wonder she wears glasses, she been fucked cross eyed.

I disagree Patrick.  It was not a chance encounter on the train.  As Bruno admits, he reads the gossip rags.  He knows who Guy is.  Later in the movie he follows Guy all over the place.  He set Guy up from the beginning.  As an athlete, his schedule is in the sports page, as well as his personal issues in the social section.  Bruno brags about how he plans things.  No sir, that was not a chance meeting.  Bruno chose Guy long before he ever talked to him.

Scott you just did not understand the lighter in the sewer scene.  Sure he can barely reach it at first and then when it falls further down you think it is a goner.  What you forgot Scott, was the magic of acting.  Robert Walker merely has to act like he has a longer arm and it works.  How do you not get that?  I wondered why he just did not stop some kid walking by with a skinny arm and have him grab it.  Of course then we would not have seen Walker act his arm longer.

Patricia Hitchcock is the best character in the movie.  My favorite scene is when she has to distract the policeman while Guy heads off.  She spills some powder down the front of his pants.  She proceeds to roughly rub/slap it off him.  The actor covers his groin with his hand as she does it.  He is clearly protecting himself from her assault.  Perhaps she needed some lessons from Miriam on how to better get to third base with a guy. 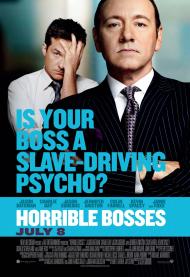