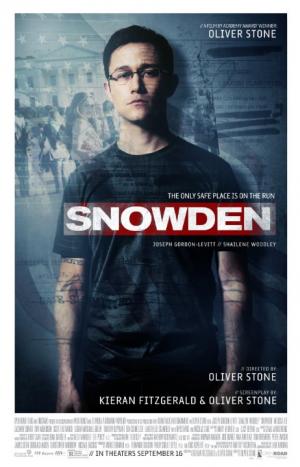 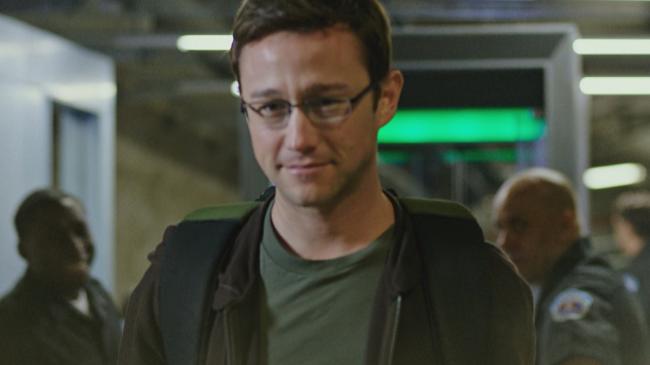 The documentary, CITIZENFOUR (1995) is not mandatory viewing for understanding Snowden but those who have seen it will recognize, right off, what is going on with the way Oliver Stone chose to frame the story. The first scene is of Edward Snowden secretly meeting with some journalists in a hotel in Japan. There, he gives them the secrets he stole from the NSA about our government spying on, literally, everyone in the country and the world. All of this was covered in CITIZENFOUR, while here Stone also includes flashbacks that cover Snowdens career and personal life. Both things serve to explain why he did what he did.

People can debate all they want about how true of a tale this is but know this, Edward Snowden, via Skype, said during a Comic Con panel that this was a, "pretty accurate portrayal". Stone shows us Snowden in the military and then in the CIA and all of his following work at different security agencies, where he learns first hand just how invasive our government is into our personal lives. We also see him meet and fall in love with Lindsay Mills. At first, Snowden and Mills are naive young idealists. Mills is a liberal and convinces Snowden to see things politically her way. Both believe in Obama and applaud his speeches about personal privacy and his claims of a transparent presidency. Then reality sets in and they both discover that Obama lied and nothing politically changed in the way of national security from Bush to Obama. Yeah, they were dumb enough to think that a man in a powerful position would actually give up on such a powerful ability as listening in on everyone's phones or computers?

Some, including Obama, have called Snowden a traitor, criminal and so many other uncomplimentary terms. He did, in fact, break the law. Yet to so many, he is a hero. He has not financially gained from his stolen secrets. He did not sell them for profit. What he did was inform the free citizens of the world that nothing they say or do on line or over the air is a secret. What he did was to reveal that those of us who thought highly of our freedom were unaware that we were not, in fact, as free as we assumed. Without the freedom of privacy there is no freedom.

Joseph Gordon-Levitt is great in the lead. He lowered his voice and mimics Snowden's mannerisms well enough. His performance is not a showy one. He portrays Snowden as a low key person who always seems on the verge of disappearing into the background. As shown here, he is more brains than personality. Only his girlfriend can illicit reactions from him other than suspicion and doubt. Snowden wanted very much to be a field agent but when given a simple clandestine assignment, we learn that he was not cut out for the ruthlessness that sometimes comes with that type of job. He is shown as having too great a character for all the lies and deceit.

Stone treats Snowden as a hero. At no point in the film does Stone even attempt to show him as being wrong for stealing, rather he plays him up for revealing the truth. Stone also vaguely references some of his earlier work. As in JFK (1991) Stone calls out the military/industrial complex as the motivation and source of evil. As in Born on the Fourth of July (1989) we see a young man eagerly attempt to proudly serve his country only to be let down by the politicians who run it. 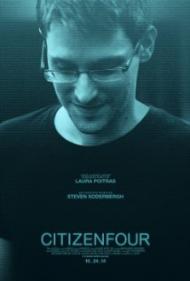