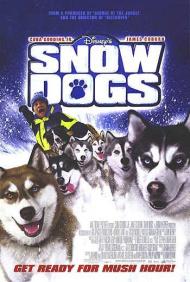 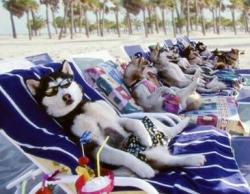 Disney's live action films have rarely been much to brag about. Sure they did Mary Poppins, but does anyone remember The Computer Wore Tennis Shoes or No Deposit No Return? This past year Julie Andrews scored again with Disney in The Princess Diaries. This year Snow Dogs, minus Andrews, is Disney's latest live action movie.

Cuba Gooding Jr. stars as a Miami dentist who discovers that he was adopted and must go to Alaska to settle his recently deceased birth mother's estate. Part of his inheritance is a group of sled dogs. He is not an animal person and the movie takes full advantage of the fish out of water situation. Most of the action and comedy derive from his time spent with the dogs.

Cuba Gooding Jr. is a fine actor and has a good range. This lightweight comedy is a far cry from Men Of Honor. Nichelle Nichols does a good job in the supporting role of Cuba's adopted mother. It's nice to see someone from the original Star Trek cast beside the arrogant William Shatner have some success away from the franchise. One hit wonder Sisco has a supporting role, but Michael Bolton's brief cameo and references are funnier.

This movie is better than Herbie Goes To Monte Carlo or any Disney Kurt Russell movie. It's based on actual events and it has emotion. Discovering who his biological father is and appreciating his adoptive family allows this action/comedy to tug ever so slightly at your heart.

One particular scene had the dentist sitting out doors in front of a fire talking to an unbelievably beautiful bartender named Barb. The scene was a bit romantic and most of the kids in the theatre were getting a bit restless for a moment. The characters both start howling to break an awkward silence. Suddenly, as if planned ahead of time, every child in the theatre started howling right along with the actors. I find it interesting that a child and an adult can both watch and enjoy the same movie but for different reasons.