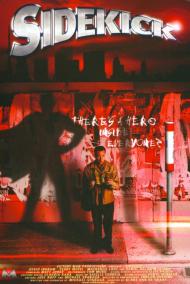 The most common fantasy for a child is to live a larger than life, life. For some, it is to be a beautiful princess, for others it is to be a famous baseball player, for others still, it is to be a powerful superhero. Most of us outgrow our childhood dreams as the realities of life settle in. A lucky few are able to maintain those dreams well into adulthood.

Computer consultant Norman is such a man. He toils away at his computer during the day and buys and reads comic books by night. He is attracted to a receptionist, Andrea, who is too busy trying to get promoted to notice him. Norman's uneventful life is interrupted when he suspects that the office party boy, Victor, has superpowers.

Norman forces his way into Victor's life, acknowledging that he knows Victor can move things with his mind and offering to train him. Victor at first wants nothing to do with it, until a tragic event changes his mind. Victor and Norman begin their training sessions but it soon becomes apparent that Victor does not have the right stuff to be a superhero. He may have a superpower but he also has a super attitude problem.

The message of Sidekick is that being a superhero is not about your powers but your compassion for others. Whereas that may be true, superpowers do make for great cinema. Sidekick is an independent film and thus did not have a large budget. If remade by a major studio, I imagine they would add several large-scale, special-effect action scenes. I would advise though, to leave the cast as it is. Mucci is the perfect comic book nerd and Ingram has charming egotist down pat.

Sidekick's strength comes from its characters. Norman is the good guy but he is not perfect. Does he want Victor to be a superhero because Toronto is packed with bad guys, or are his motives more selfish? Victor has it all, but greed takes him in the direction that more of us would go in, had we the power, than would like to admit. Even Andrea is more than just a damsel in distress.

The movie gets a bit lost in a couple of scenes. At one point Victor uses his powers on some thugs and gives them a lecture on gay tolerance. Coming from the obnoxiously shallow, heterosexual Victor, it seemed out of place. Even though this is a movie about being a superhero, it seemed odd for Norman to wear a costume at the end. It contradicts the entire point of the film, that being a hero is not about your powers but your personality.

Sidekick has more to say about being a superhero than most big movie productions. But without the big special-effect action sequences it is more of a coming of age/Sci-Fi film than an actual superhero movie. After all, is not the use of superpowers on a grand scale part of the whole superhero fantasy? 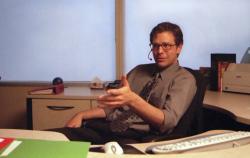 I was less charmed by this movie than Eric. It certainly had potential and the germ of the story is quite good, but it never really manages to mature into anything much beyond an old X-Files episode.

Eric found the scene with the thugs and the gay tolerance to be out of place, but I found it to be right in-line with the overall homo-erotic overtones of the movie. I'm not sure if these overtones were intentional or not, but they are certainly there. Eric mentioned that he found Norman to be attracted to Andrea, but I thought he appeared to be more attracted to Victor.

I do agree that Ingram plays his role with a cocky aggressiveness that suits the character perfectly. The rest of the cast though, is merely adequate.

The best thing Sidekick has going for it is the story. It takes a fantasy and plays it quite realistically. Victor's choices involving the use of his powers is much closer to reality than your average superhero movie. Batman, Superman and Spider-man, you're telling me that not once did they even consider using their powers for their own personal gain?

Overall this is a small movie whose main flaws would have been overcome with a larger budget. Although, as many a blockbuster has proven, a big budget doesn't necessarily mean a good movie, one gets the feeling while watching Sidekick that even a modest budget would have been bigger than the one used to make it. 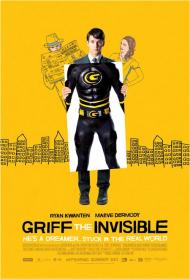