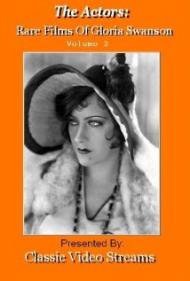 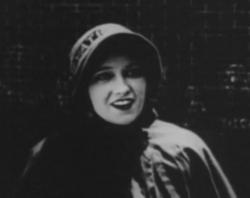 After a series of successful comedy shorts, Mack Sennett informed Gloria Swanson that he intended to make her into the next Mabel Normand. Gloria responded that she did not want to be the next anyone.  Even though she had a natural charm for comedy, she preferred drama. Shifting Sands is one of the dramas she made between her Sennett films and her movies with Cecil B. DeMille.

Here Gloria plays Marcia, a starving artist. She lives in a small apartment taking care of her sick sister. The movie opens with her trying to sell a painting to a gallery. There, a young wealthy man, John, spies her in the gallery and is smitten. He is a bit on the outs with his mother as he wants to build new tenements for the poor and basically help them out, while she is content to spend $500 on a tray.

Things get a bit sticky when Henry, the rent collector shows up at Marcia's door. She does not have the money, nor can she move her sick sister. Henry suggests another proposition, but Marcia fights him off. During the attempted rape, Henry drops his wallet. The vindictive prick then frames Marcia for stealing it. She gets sentenced 90 days in prison. During which time her sister dies.

Once out, she has no where to go but is taken in by the Salvation Army in which she works with orphans. One day she runs back into John who invites her and all the children to his country home where his mother sticks her nose in the air and he proposes marriage to Marcia. Several years later, Marcia and John are happily married with a child. John's mother still does not like Marcia, but far worse than that is the reappearance of Henry, who is still up to no good. Things get complicated for Marcia and it all ends with a shoot out. Shifting Sands is an interesting enough silent drama, but it is from start to finish one soap opera plot device after another.

I am not sure if this film influenced DeMille to hire Gloria Swanson for Don't Change Your Husband (1919), but in both films she plays a serious wife of a wealthy man. At only 20 years of age she was playing quite mature roles. She would later do some feature length comedies, but for whatever reason, she loved acting in dramatic parts and I have to admit, she was good at it. 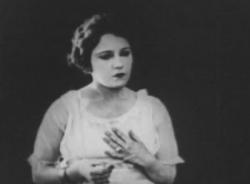 Oh my god, the fucking melodrama! Eric mentioned the soap opera plot devices and he's right. This could be an early, lost episode of As the World Turns, or as Carol Burnett would have it, As the Stomach Turns. The problems Swanson as Marcia Grey goes through just pile up on top of each other one after the other to the point where it becomes ludicrous. She's broke. Her sister is sick. Her landlord tries to rape her. She's accused of robbery and then sent to prison. While in there, her sister dies. And then, upon her release, she finds an abandoned baby. It's supposed to be sad, but honestly, I was laughing by that point.

There's only one reason to watch this film and that's if you're such a fan of Swanson's that you must see all her films. To be fair to her, she does do a good job in the part, especially since, as Eric pointed out, she was still quite a young actress. She projects the myriad of misery that's inflicted on her character quite well, mainly with those large eyes of her's. No one else in the cast does anything of note.

At just 45 minutes, there's not much plot, just a lot of suds. The only action comes at the end and then it seems out of place given what came before it. There's also a touch of moralizing as it shows the Salvation Army in a good light and Marcia's rich husband is a do-gooder looking to spruce up the tenements for the poor. Although the script isn't nearly strong enough to actually make a statement about any of it.

This is melodrama of the worst kind. 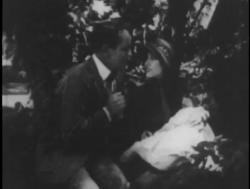 The plot is pure nineteenth century stage melodrama, only with automobiles and telephones. Scott called it bad melodrama, and I don't disagree with him, but at least it's fast-paced. This movie runs about the length of a one hour television drama, minus commercials, but it packs in several seasons worth of story. And it builds to a fairly exciting finish. I also found the acting to be quite modern for 1918, in direct contrast to the creaky plot. There is no hammy silent movie forearm-to-forehead hand-wringing despite the incessant melodrama.

It does get to be a bit unintentionally amusing watching fate bitch-slap Marcia Grey repeatedly across the face. I couldn't help snickering when she tells the concerned woman, “I have no home - no place to go! My sister died - and I have no relatives - no friends --” And the very next shot shows orphans at play at the Salvation Army. Identified in a title card as, “the salvage ground of little souls”. Yes it's that maudlin but at the same time I could easily see audiences of the day becoming entirely engrossed in her plight. For all her trials and travails, Marcia does get to marry the wealthy young man of the story after all. The shifting sands of fate take her all the way from tragedy to triumph.

Gloria Swanson looks incredible in this movie. Just out of her teens she was already a great clotheshorse. There's a moment in a scene near the end that is unforgettable. Swanson is with the counterfeiters and she lifts her veil to reveal a stunningly beautiful face in close-up. No doubt this scene, as well as her entire performance, caught the attention of C.B. DeMille and the rest is motion picture history, of which Shifting Sands is but a minor artifact.