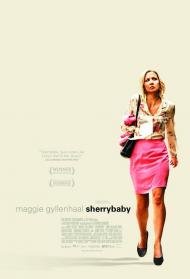 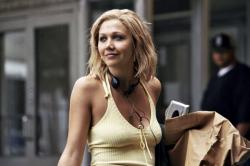 Apart from the frequent nudity (all Gyllenhaal's) and the quality of the acting (again, all Gyllenhaal), this is pure movie of the week melodrama.

Gyllenhaal stars as Sherry. A single mom just released from prison where she was sent for stealing to support her drug habit. The movie chronicles her "attempts" to rebuild a life, including reconnecting to her daughter, who has been living with Sherry's brother and her wife. She starts off in a halfway house, but can't get along with the other women there. She sleeps with nearly every man who enters her life, including giving a blow job to get the job she wants. She's the living breathing version of half-a-dozen Jerry Springer shows in one.

While Gyllenhaal does a good job in her performance, I could work up no sympathy for her character. The problems she has readjusting to society are all caused by her, as was the circumstances that put her in prison in the first place. She makes stupid decision after stupid decision, only making the right one at the very end of the movie, although it is far from a happy ending.

Laurie Collyer writes and directs the movie, her first for both, and her direction, while not spectacular, is better than her writing. The scenes between Sherry and her daughter are particularly bad, not helped by the fact that the little girl playing her daughter is no Dakota Fanning. The rest of the cast is fine, if instantly forgettable.

What is the point of this movie? It's not entertaining or inspiring. It didn't make me think or empathize. The only emotion it evokes is depression. Sure, it gives Gyllenhaal a chance to act, and she does make Sherry into a real person, but that's hardly an excuse to make a movie. About the only purpose I can think it might serve is if you were feeling suicidal and you saw this movie, you might think, "Well, at least my life isn't that depressing!".