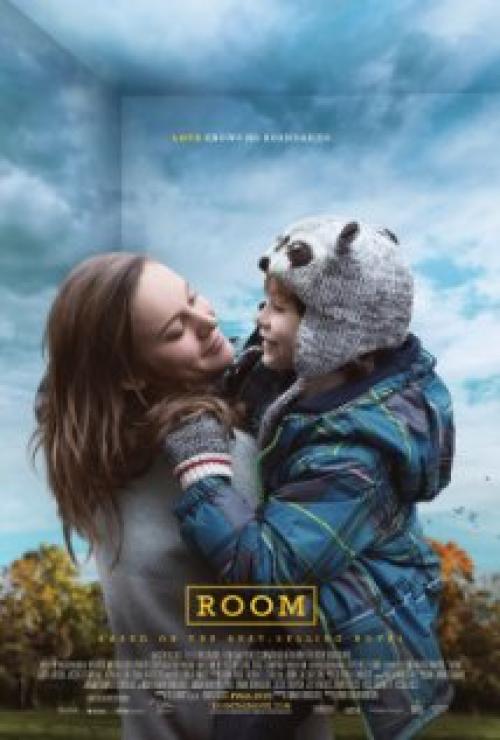 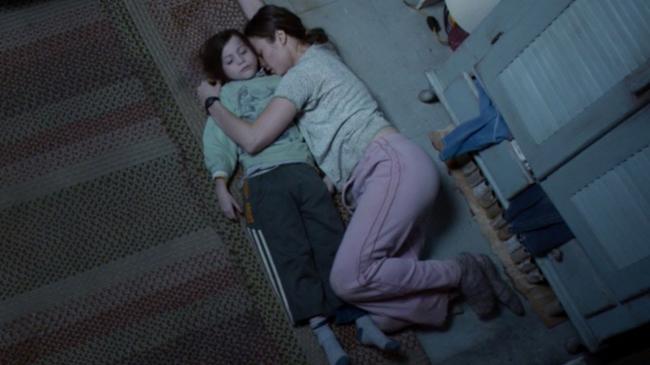 Room begins with Jack and his mother celebrating his turning five. Jack has spent his entire life inside a one room tool shed. His mother was abducted by a man while a teenager and kept locked in his backyard shed to be used as his sex slave. Jack was born two years later.

Room tells the story of how they achieved freedom and then dealt with the emotional aftermath of their long ordeal. It is brilliantly acted by the two leads; Brie Larson as Joy Newsome and Jacob Tremblay (who was eight playing five) as her son Jack.

Much as the father did in Life is Beautiful, Joy has kept the fact they they are prisoners from Jack. He thinks “Room” is the only reality and the stuff he sees on television is fake. This room in many ways is an extension of Joy's womb and her son Jack never really leaves his mother's womb until that fateful day shortly after his fifth birthday. Their captor is a man they call Old Nick. When he delivers the news that he's been laid off, Joy feels that he will kill them before he will set them free. She makes a desperate plan to save Jack and possibly herself.

The second half of the movie deals with life outside of Room. Joy and Jack must both adjust to freedom. Joy to seeing her parents and trying to connect to her old life and Jack to his first ever glimpse at the world outside of Room. He asks his mother, “Are we in another planet?” “Same one. Just a different spot.” She replies.

The success of Room lies almost entirely on the performances of the two lead actors. In particular during the movie's first half. Brie Larson and Jacob Tremblay are both incredible. They run the gamut of emotions and varying levels of intensity and there's not a fake moment on the screen. Move over Jennifer Lawrence - Brie Larson has arrived.

The screenplay by Emma Donaghue, adapted from her own novel, is also very good. Jack narrates it and some of his childish observations make for the best lines in the movie. He's the hero of the story and quite a memorable character.

Room provides a powerfully emotional viewing experience. Anguishing at times, it's ultimately an uplifting story about the perseverance of the human spirit. It's a film you won't soon forget. 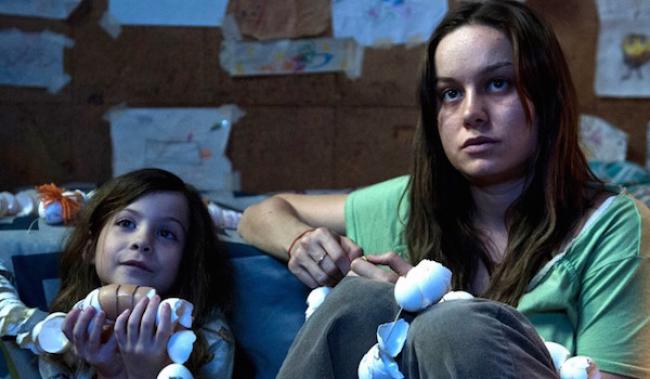 I agree that the performances are all very strong and Jack's observations often more significant than he realizes. The final scene being the most obvious as well as the most important to him and his mother.  I was moved by Jack's first ever glimpse of the world outside Room. He is laying down, looking up at the sky without the filter of a window. The look on his face, considering what else is going on at that moment, was one high point of the story for me.

Like Patrick, I too found the performances to be completely sincere. The role of Ma certainly allows Brie Larson to demonstrate her acting chops but we have yet to see if she can match Jennifer Lawrence's charisma. Jacob Tremblay is in nearly every scene and truly represents every child when they discover that the world is bigger than they first thought. Five years of age is a very common one for when children start school and begin spending more time away from their mother. Albeit, his separation is a bit more extreme than most kids' experience.

The decision to show everything unfold from Jack's perspective, is a bit unique and keeps the movie from resembling a made for television film. However, because we only see and learn what Jack experiences, we get robbed of some important emotional scenes. What must it have looked like when Nancy got the news that her daughter had been found seven years after she went missing. What about her phone call to her ex-husband and his reaction?

Although we can guess at how they took the news, we miss some important events in Jack's life. At one point a kid knocks on the door with a ball and Jack goes outside and plays with him as if he has always done it. I am sure it was not that easy for a boy growing up without the slightest contact with another child to begin simply playing with someone. I also felt something was missed when Jack and his grandmother come home from shopping for groceries. I would have liked to have seen his reaction to all the food on display as well as his shock at all the people and the busy active environment of a store.

Perhaps some scenes had to be cut for time, but this story is all about a child discovering that the world is a bigger place than he ever imagined. The film treats him being introduced to a family dog as if it is a momentous moment but meeting another child his own age is pretty much skipped over. While I am questioning the plot, what was the point of having his grandparents divorced? Is it to show that life went on while Ma was away? If the movie was told from Ma's perspective, that would be a relevant plot point but considering Jack never knew any of these people, it is moot.

Room is a story about growing and overcoming a hardship and moving on. I applaud the filmmakers efforts and the people in real life who have gone through similar experiences but as a whole, I never felt the film came entirely together. 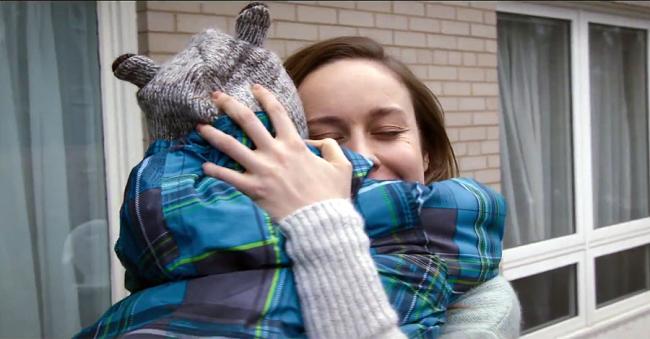 Like my brothers, and seemingly everyone else who has seen this movie, I was impressed by the performances of its two leads. I don't know that Jennifer Lawrence has much to worry about, but I have no doubt that we will be seeing much more of Brie Larson, especially after she wins the Oscar for this role. Jacob Tremblay is a solid little child actor and he manages to deliver the sometimes precocious lines that he is given say.

I agree with Eric that the scene with Jack playing with the neighbor boy is misplayed. The entire film is shown from Jack's perspective, apart from this one scene. Instead, we see him playing outside, through the screen door, from his mother's point-of-view.  I also agree that a scene at the grocery store, or any scene with Jack exploring the world outside of the home, would have been a nice addition.

However, I disagree that having the grandparents divorced is pointless, but it is given short shrift. This movie is told from Jack's perspective, but it's telling the story of the effect of this traumatic event on an entire family. It's easy to imagine the arguments and even the blame that must have passed between Ma's parents and how Ma's father would see Jack as the ultimate symbol of his failure as a father to protect his daughter. I think it's the presence of well known actor William H. Macy playing the grandfather in such few scenes that make it seem as if something is missing. Like Eric, I wonder if some scenes were cut for time.

Larson definitely deserves the praise and award nominations that have been heaped upon her.  She displays a wide range of emotion, most effectively in the early scenes when she must put on a front for Jack, while living in a nightmare scenario.

To be honest, I put off watching this movie until it became required Oscar viewing because of it's many nominations. Despite the praise it has received, I was put off by the subject matter. I definitely enjoyed the film more after Jack and Ma are freed from Old Nick (an obvious bit of symbolism since Old Nick is a nickname for the Devil).  As Eric said though, by showing the story from Jack's perspective, it actually makes the earlier scenes easier to watch, but even so I can't imagine ever wanting to watch this movie again.