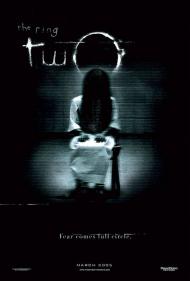 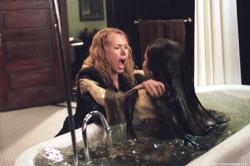 Naomi Watts in The Ring Two.

I thought that the original Ring was a solid three star horror movie. It scored very high on the creep-ometer and contained some solid acting and an original concept. I was not however; one of the legions that felt very strongly that this was a great horror movie, a good one sure, but not a great one. This is why, and I'm sure most of the rabid fans of the original will disagree with me, that I found The Ring Two to be as good (if not a little bit better) a movie. It's not quite as creepy as the original, although it does contain many 'scare' moments, and I found the story to be more coherent and the addition of a vested interest in the characters that we'd come to know from the first film was a plus. It's still a three star movie, but a three star movie that I enjoyed a bit more.

Naomi Watts reprises her role of Rachel Keller; the reporter from the first film who uncovered the secret of the videotape and who unwittingly released Samara, the dead girl responsible for the creation of the tape, from her watery grave. As the sequel opens, Rachel's taken a job in Astoria, Oregon at a small town newspaper where she hopes that her and her son Aidan can start a new life after the trauma of the first film. Her hopes for peace are shattered however when another teenager is found dead in front of his television, seven days after he watched a strange videotape. Without revealing too much more, I'll just say the obvious, that Samara is back and she's not finished with Rachel or Aidan; especially Aidan, whom you might recall seemed to share a bond with Samara.

Watts is the star and as good as always, but it's 12-year-old David Dorfman as Aidan who steals the movie. This is a kid who talks like an adult and is able to be creepy with just a look. His serious demeanor and solemn, weighted expression makes him seem like a 30-year-old trapped in the body of a young boy.

Like any good horror movie though, it's the scares that are the star and there are the requisite number provided, including one involving a herd of deer that is both creepy and scary. And of course, the sodden-haired Samara is back to leap out when you both least and most expect it.

Not that the movie is perfect, there are a few plot holes. For instance, why on earth, after the events of the first movie, would Rachel still own a television or allow her son to watch it? And today, the idea of a deadly videotape seems a little dated. Shouldn't Samara have upgraded her virus to a DVD or TiVo?

One thing is for certain, even this, a sequel, is far superior to any of The Ring wannabes that have been foisted on us in theaters since the release of the original. And the line, "I'm not your fucking mommy!" ranks right up there with Aliens', "Stay away from her, you bitch!" 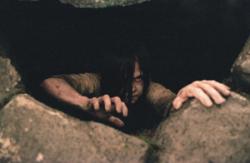 Unlike Scott, I found nothing scary in The Ring 2. Every jump out scene is an obvious setup that can be seen long before it happens. A scary movie that is not scary is always a let down.

Not only is it horror free, but the characters act in stupid manners. At one point Rachel discovers a dead body sitting in a truck parked in front of her house. So what does she do? She says good night to her possessed son, whom she knows is indirectly responsible for the corpse, and goes to bed. Pleasant dreams.

I liked the symbolism of Aidan watching Cartoon Network's Grim Adventures of Billy and Mandy. It is about two children who hangout with The Grim Reaper. It's more entertaining than this movie.

The supporting cast has some recognizable faces. Sissy Spacek must be real hard up for roles? Simon Baker has always been an effective actor. He did great things on The Guardian playing a likable yet flawed character. In this movie he has next to nothing to do. The movie should have gone for a romantic angle and added another level to the characters. The only new relationship in Rachel's life ends up being the sadistic ghost who wants her as a substitute mother. 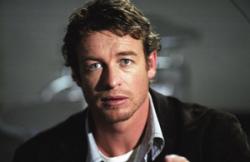 Simon Baker in The Ring Two.

I have to agree with Eric on this one. What a stupid movie. Scott, I thought the deer herd attack was not in the least bit frightening, on the contrary it was utterly ridiculous. In fact I don't think a single scene in the entire movie raised my tension level.

The problem is that all the mystery of the first movie is gone, and with it the fear. Now the girl crawling out of the well seems gimmicky.

Sissy Spacek, oh how the mighty have fallen. She looks completely foolish as a babbling middle-aged Samara. I know she is playing the ghost's mother but it looks like they shared the same wig.

The little boy's blank expression is the closest thing to an actual chill the movie produces. Otherwise it is boring when not being groan inducing.

At the end when Naomi Watts assures her son that Samara is gone for good, I was praying she was right.