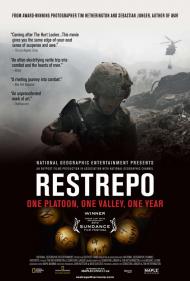 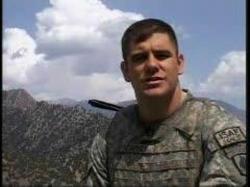 The film opens with the jovial interaction of soldiers just prior to deployment.  One is a medic named Restrepo.  He dies shortly after being in country.  When the platoon has to establish and build an out post, they name it after him.  From there they patrol the local town and endure fire fights with the Taliban.

We see the men under pressure, having to go into the town and look for suspicious activity.  We watch the men as they joke and get to know each other.   Captain Kearney attempts diplomacy with the local elders.  He wants them to help find the Taliban, but they are more concerned with a cow shot by the Americans.

We see the soldiers make mistakes.  We see them mourn the loss of friends.  One scene that takes place after a fire fight is so heart breaking that I felt I was eavesdropping on an intimate moment I should not have witnessed.

Interspersed with interviews of the soldiers done after their tour of duty, we get to know several soldiers very well. During one interview, we meet a soldier who tells how his hippy parents raised him without any toy weapons.  It then cuts to him trying out a large gun with the biggest smile on his face.

The one thing you do not see in the film is the Taliban.  The soldiers describe their activity often.  We see the Americans shooting and reacting to being shot at, but never do we see who the enemy is.  One scene has a soldier with a man in his gun sight.  After getting permission, he shoots him.  Another soldier watching remarks how he took his head off.

The movie plays somewhat like a scripted film with the men arriving, engaging the enemy and then going home.   There is no obvious political slant or agenda.  What we take away from this is what it is like to be in their situation, and how the experience affects them all differently.  Restrepo will stay with all who watch it. 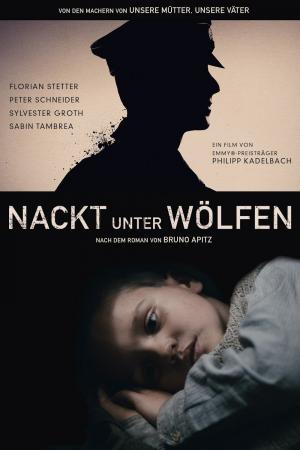 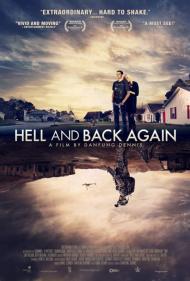