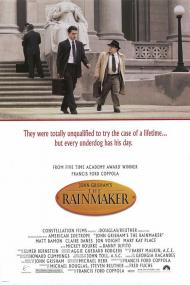 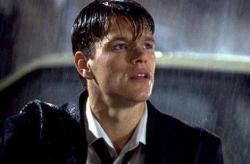 When John Grisham first became a popular author I was right there reading his novels as they came out. That was until they all started to have similar plots. What movie or book is this the plot to, A lawyer has a secret or some information on a powerful corporation or law firm. The lawyer goes about seeing that justice takes place while being pursued and or threatened along the way. It is the plot to The Client, The Firm and The Pelican Brief. The Rainmaker follows that said plot only without any threat to the lawyer or client.

Damon plays a young idealistic lawyer who ends up going head to head with an insurance company in court. As a side plot he also falls for a stupid broad whose husband keeps beating the shit out of her, but she does not want to leave him. The plots have nothing to do with each other. Perhaps Grisham was trying to vary his plots with this story but it lacks any real punch.

The movie plays out without any real tension. Who do you actually think is going to win this case? On one side we have a group of very rich, win at all cost, underhanded corporate lawyers. On the other side we have a good looking, young idealist who likes to rescue damsels in distress, whether they be young wives or old widows. He is defending a poor family whose son just died because the insurance company denied their claim for an operation. Wow! I know I was on the edge of my seat trying to guess that one.

The Rainmaker was made early in Damon's career and it shows. He could not have been any blander if you painted him white and threw him into a snow storm. He has done better work later in his career, but here he is just a naive face with six pack abs. The movie features an all-star cast but none of the performances stand out.

The Rainmaker is a completely paint-by-numbers movie, whose plot kept me waiting for a twist or turn that never came. 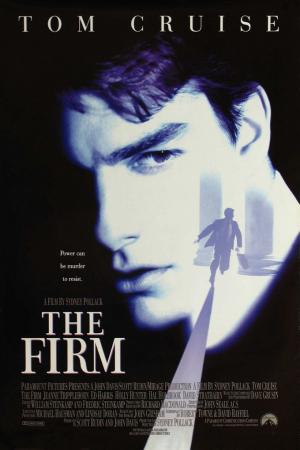