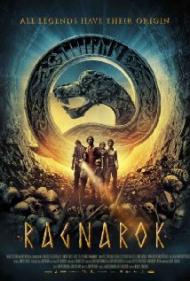 Ragnarok is loosely translated as, “the end of the Gods” or some close variation of that. It is a huge legend in relation to the Norse Gods. It tells of the death and rebirth of men and Gods. It can be compared to such Christian Biblical stories as the great flood that Noah survived or Armageddon.

This movie begins with the introduction of Sigurd, an archeologist. He is a single father of two who works at a museum studying Viking history and artifacts. Part of his job is to keep the funding coming in. At one point he must face the money men and women and tell them that he needs their funding to further investigate a theory he has that the Vikings traveled to Finnmark, one of the most northern regions of Norway. They are not convinced, leaving Sigurd thinking he may have to become a museum guide.

Saving the day is fellow archeologist Allan, who shows up at Sigurd’s home with a rune stone he recently found. After they decipher it, the two men decide to take a trip to Finnmark with Sigurd’s son and daughter in tow, as it is now their summer break. Two guides accompany them. One is instantly untrustworthy while the other is obviously an intended romantic interest.

They find their way through some beautiful yet rugged wilderness and to an island in the middle of an isolated lake known as Odin’s Eye. The group makes like Indiana Jones, finding an old abandoned Soviet base, a large artifact filled cave and something as dangerous as it is ancient. Before you know it, the group is fighting for their lives.

With the presence of the children, the gore is almost non-existent. There remains plenty of tension though as the group slowly discovers the dire straits they are in. “This isn’t a treasure chamber. It’s a tomb.” Sigurd tells Allan as they find a portion of the cave filled with skeletons.

I was delighted to recognize the two male lead actors who do all that is required of them in such a film. Pal Sverre Hagen and Nicolai Cleve Broch are both very popular actors in Norway. Pal Sverre Hagen has also made some English language films, most notable Kon Tiki (2012).

Ragnarok feels very familiar in many ways. I was reminded of Trollhunter (1010), a Norwegian horror film also involving its ancient legends. It is also reminiscent of the Australian made Rogue (2007), in which a group of tourists get stranded on a tiny island by a huge alligator.

The special effect shots are the movies greatest selling point but they are kept to a minimum. This allows the focus to stay on the group but it sometimes felt as if the film makers were on too tight of a budget for a film requiring this amount of special effect shots. Although the ending could have been better, Ragnarok is an entertaining watch in a popcorn movie kind of way. It is also an interesting watch if you are at all fascinated by Viking lore. 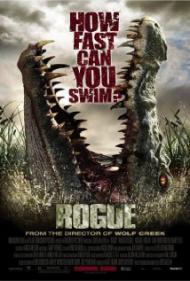 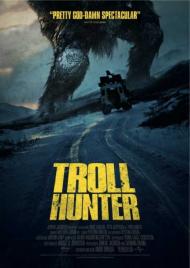