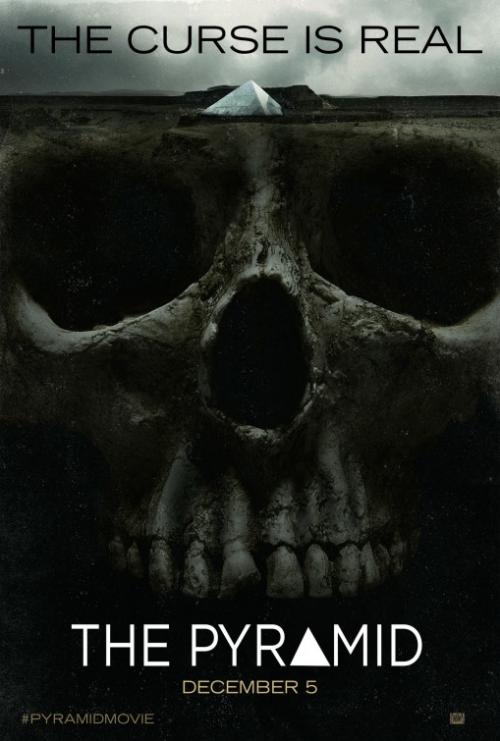 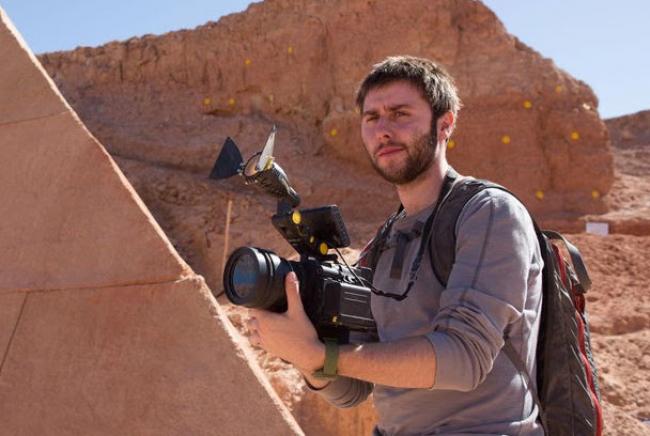 James Buckley in The Pyramid

As it is October and I like movies related to ancient Egypt, I decide to rent The Pyramid. With its limited budget, sets and mostly unknown cast, this is a “B” horror film at best. It has damn little to offer.

After the discovery in the Egyptian desert of a three sided pyramid, the ones at Cheops are four sided, a team of archaeologists and a documentary crew enter it to explore and record what they find. They start to search the pyramid but soon find themselves lost in its catacombs. They also discover that they are not alone. Before you know it, they start getting killed off, one by one. At one point, they decide to leave a message via the camera they brought along. A man looks into the lens and explains, “It's clear, while other pyramids were built to keep people out, this one was built to keep something in.”

The idea of having a bunch of people trapped in an isolated location while a monster or a serial killer stalks and kills them is as lazy as horror movie writing gets. This has been the basis of so many films that I cannot count them all but you can probably name several. Start with The Cat and the Canary (1927), add And Then There Were None (1945) and be sure to include Night of the Living Dead (1968) and keep working your way up to now. This movie's set up is as old as the pyramid these folks get lost in.

The only point of interest these kinds of movies generate is how creative the deaths are. I only really reacted to one that kind of comes out of nowhere. There are a couple of moments of possible frights but they are mostly telegraphed well in advanced. The ending is horrible in a “Why even bother.” sort of way. When you also consider the less than stellar special effects and this movie pretty much adds up to very little.