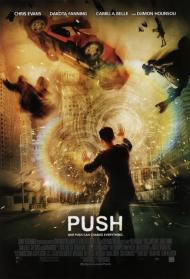 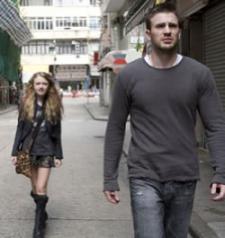 Push is one of those movies that a critic could rip to shreds on the holes and wild coincidences that keep the plot moving along. Every character seems to have a super power that only gets half explained. The movie seems incomplete, or at least sequel ready. Well, I say, bring on the sequel because I loved this movie with all it’s flaws. Push is the most entertaining movie I have seen in the last six months.

The movie opens with Nick witnessing his father getting killed by a secret government agency known as division. Nick’s father has mental powers that division want to control and use as a weapon. They also like to experiment on gifted people, which often ends in their death. Nick likewise has the mental powers. He has telekinesis, but does not fully understand all that he can do.

Ten years later Nick is earning a meager living in Asia, using his powers to cheat at dice games. That is until division shows up asking about a girl, Kira, who has the ability to influence people, and who has recently escaped from Division. A younger girl, Cassi, who can see the future, also shows up at his doorstep, with predictions that Nick must help her, even though their future looks bleak.

Nick then finds himself in a world of people who have different mental powers. He and Cassi do battle with a Chinese mob and Division to help Kira, and bring down Division. The first thing Nick learns is that he does not know his own potential. He finds that out as soon as he takes on Division leader Henry and his body guard Victor, who has the same telekinetic ability. They battle like two Jedi Knights without light sabers.

Evans is good in a role that relies more on action than dialogue. I recall thinking that his Human Torch was the only decent character in The Fantastic Four movies. I chalked that up to the character, but perhaps I should give Evans more credit. He carries this movie, playing a role that in lesser hands, lets say a young Jean Claude van Dam, could have been ridiculous.

The real treat for me though is Fanning. Can this girl ever stop being impressive? Early in the movie she is called twelve, and corrects the mistake by saying she is thirteen. Hell, she could have said she was twenty three and I would have believed her. Fanning plays her role with the most amazing maturity. The audience laughed out loud when she got drunk.

I do not give credit for this film to the director, Paul McGuigan. In fact, he is actively working against this movie. Too often we have to sit through grainy footage as if all of a sudden he switched to cheap video. He also likes scenes of an actor walking about with songs playing in the background. Credit for this movie goes to writer Paul Bourla. Finally, we have an entertaining movie not based on any other source material.

Sure this movie has all kinds of plot holes and points that make you think, “How could they...?” But if you consider that almost everyone in this movie who has a line of dialogue, has a mental ability, then you have to excuse those questions. Push is not a movie for thinking about, it is a movie for sheer escapist entertainment. If you like your action/science fiction/superhero movie served cold then Push is the movie for you. 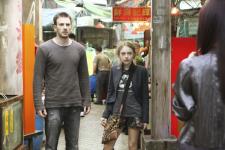 Fanning has more talent at 13 than the rest of the cast and crew put together.

I really tried to like this movie Eric. I really did. For me though, the plot holes were just too big to avoid falling into. This isn't a world that makes sense. If Hitler had access to people with this much power as this movie says he did, then the war would have had a very different outcome.

About the only thing I do agree with you on is that Fanning is great as Cassie. She's always been a 40 year old in the body of a young girl and that hasn't changed as she's gotten older. She has more charisma and talent than just about the rest of the cast put together, which admittedly isn't saying much.

Chris Evans is as dull as a box of rocks, but the writing doesn't exactly give him much to work with, so I don't think he can be blamed entirely. I didn't care about him or Kira or whether or not Division ever got their vial back. Which, by the way, doesn't even make sense. Division is experimenting on the people with powers to make them more powerful. Why is that? The ability to see the future, pick people up and throw them around with your mind, wipe their memories, make them believe things that aren't true, among other things, isn't enough? Instead of doing something with that power, they only want to increase it? I mean two guys and a girl are able to wipe out a small army of gunmen, how much more powerful do they want people to get?

Eric, you give credit to the writing. I blame it. There is a germ of a good story idea buried somewhere in this movie, but it's never given a chance to grow. No wonder this one was dumped at the beginning of February. 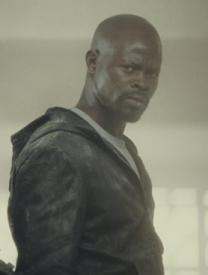 Push definitely pushes the boundaries of believability. We all agree that it is filled with plot holes, Eric didn’t mind them and Scott did. I could have looked past them if I had given a shit about any of these completely one dimensional characters. And yes, Dakota Fanning’s acting is great but seems incongruous. It’s a bit like watching a Shakespearean actor in a fast-food commercial.

The problem here is that both the script and the direction suck. I laughed when Nick has the floating gun pointed at the bad guys head. This guy can move objects at will and this is the best trick he (or the writers) can come up with? They were enamored enough with it that Nick uses it again later in the movie. And the freeze-frame close-ups of the Asian gang member that can kill with his voice have a comical effect.

I agree that the idea had potential. The setting is colorfully rendered and the characters could have been interesting if we had been allowed to get to know a bit more about them.  The action is fast-paced but the plot is unnecessarily convoluted.

I do give credit to this movie for one unintentional benefit. Because it was being released around the same time as this Push, the movie now known as Precious changed its title from the name of the novel it was based on. Precious is a superior title and that movie, with its new name, went on to acclaim, while this Push has been rightly forgotten.