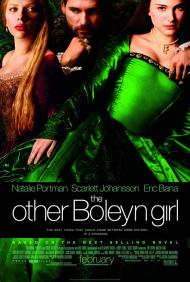 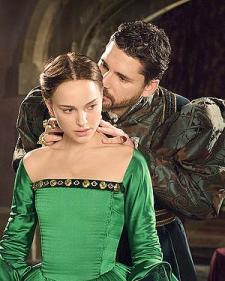 The Other Boleyn Girl is not a completely factual film. The players were all historical people in British history. The plot compresses much of the time frame to fit within the constraints of a movie. Although how the players all got together is changed a bit, it still demonstrates how sex actually changed the course of English history.

Anne and Mary Boleyn are two daughters of a land owner who is heavily indebt. When King Henry Tudor pays their family a visit, Anne is instructed to flirt with the King, and if they are lucky, she may become his mistress. Mary, who was just recently wed, finds favor with the King instead, and is moved to his castle to be his sex partner, under the guise of being his wife’s lady in waiting. Mary does not wait long and is soon pregnant with Henry’s child.

While Mary is too pregnant and sick to satisfy Henry’s lust, Anne is dispatched, by her father, to fill in. Only Anne plays hard to get. This raises Henry’s ire as well as his lust. To bed Anne, he gets rid of his wife, who referred to the sisters as, “the Boleyn whores.” He marries Anne and she becomes Queen of England. She tries desperately to give Henry an heir. During her pregnancy Henry develops an eye for Jane Seymour. After a miscarriage, Anne takes desperate measures that lead to her down fall.

The movie is based on historical characters that are as much known by the cable show The Tudors, as they are from any history class. The fate of everyone is well documented but this movie kept my interest none the less.

For a movie plot so based on sex, it really has a doom and gloom mood to it. A few lighter moments would have helped a bit. Some gratuitous sex would not have hurt either. There is no nudity to speak of.

Johanssan and Portman do wonderful jobs as women willing to sell themselves for power and wealth. Although this movie blames their father for pushing them, as well as their brother, into relationships that will advance him, they never chose to run away and disobey him. As history proved, they all should have.