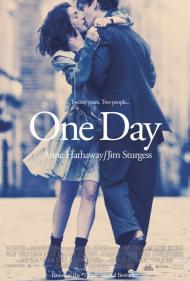 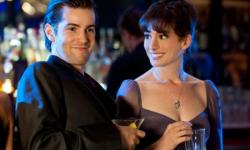 I've read several articles about this movie that compare it to When Harry Met Sally because the two leads are friends before they become lovers. I can see why they would say that, but the relationship between Emma and Dexter is much closer to Katie and Hubble in The Way We Were than it ever is to Harry and Sally, although never does this movie even approach the greatness of that 1970s classic. Nor, for that matter, does it come close to When Harry Met Sally. There are some nice moments in it, but I would never call it a classic.

The gimmick of the film - and it very much feels like a gimmick - is that we see two people on July 15th every year for 20 years. It starts with the night of their graduation, when Emma, a nerdy, politically active girl (we're told) and Dexter, a popular golden boy, almost sleep together, but  then decide - well, he decides - that they should just become friends instead.

Over the following years, Dexter becomes a television presenter, party animal and kind of a selfish asshole. Emma gets stuck in a dead job and in a relationship with a very unfunny standup comic. The years roll on and Dexter's career tanks while Emma's suddenly takes off as a writer. They remain friends, although it's obvious that she has deeper feelings for him than he does for her, until one day it all changes.

It's been said time and time again on the pages of this site that the most important aspect of a romantic film is that the audience needs to care whether the leads get together and they need to see that these two should be together. Frankly, I never thought these two should get together and I only really cared because Emma wanted it so much, even if I never did see just why she wanted him so much.

I think a big problem with the story is that it should have started a few years earlier. Like Hubble, I have the feeling that Dexter peaked at University and the rest of his life was a slow sinking from that. Emma, on the fringes of college life would have looked at him and aspired to his ease and popularity. Instead, when we first meet Dexter he behaves rather insensitively and he continues to be insensitive to Emma's and everyone else's feelings for the rest of the film.

Anne Hathaway delivers another brilliant performance, although her English accent is rather dubious. It's so vague that I had no idea she was supposed to be doing a northern accent until I read an article that told me so. Despite the occasional flattening of her vowels however, she is lovely as Emma. Maybe she can't do the English voice, but she does do the repressed English longing quite well.

Her other half doesn't fare so well. Sturgess does a decent enough job as Dexter, but he's nothing special. He doesn't have enough charisma to make up for the character's faults and so I was left constantly wondering what Emma, and everyone else, saw in him.

By sticking to the film's gimmick, the story is forced to do one of two things. Either every important thing that happens to the two of them must happen on that date or the story is going to have to skip some important events. The script opts for skipping important events, which is fine, except that it skips the night the two finally have sex for the first time! Picture When Harry Met Sally without the scene where the two of them sleep together for the first time and then having Sally just casually mention it in a later scene. That's how I felt when it happened here.

The book this movie is based on has been a best seller for the past two years and received critical praise. I can only assume, despite the script being written by the author of the novel, that something was lost in the translation. 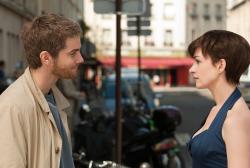 Jim Sturgess and Anne Hathaway in One Day.

I have that same feeling about the book being much better than this movie version. In an interview David Nicholls, the author of the book and screenplay, stated that the biggest difference between page and screen is the fact that you cannot film a character’s inner thoughts the way you can describe them with words. I personally disagree with that statement (a well written script should convey exactly what the characters are thinking) but it at least explains why the movie never delves very far beneath the surface actions of the characters. Most likely the book gives more insight into just what Emma sees in Dexter.

I agree that Anne Hathaway gives another stellar performance. She nearly overcomes her character’s vague motivations, such as why she stays so long in a dead-end job and why she gets involved with the stand-up comic in the first place. Both of these decisions hint at a lack of self-esteem yet that issue is never fully explored.

What empathy the movie musters for the characters is due entirely to her. Her subdued yet heartfelt pining for Dexter almost makes you care what happens to them. There are a few moments of genuine emotion but overall I was disappointed.  FYI, her accent sounded fine to my ears but then I haven’t spent nearly as much time listening to the English speaking as my brother Scott has.

And the July 15th angle definitely seems like a gimmick. And since the movie makes such a big deal about the passage of time it seems odd that such scant attention is paid to the actual details of the changes in world events, technology, fashion and music over the years. And with the exception of Dexter going a bit gray at the temples neither he nor Em noticeably age over the course of 2 decades.

Patricia Clarkson has a few good scenes as Dexter’s cancer stricken mother and Ken Stott is good as Dexter’s loving but stern and emotionally repressed father. We are never shown Em’s parents or told much about her back-story except that she is clearly working class while Dexter comes from money.

Scott, I get the comparisons to both The Way We Were and When Harry Met Sally. It also seems inspired a bit by Neil Simon’s Same Time Next Year. It is never a good sign when a movie reminds you of other, far better, movies. One Day unfortunately does just that. 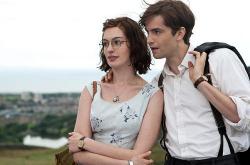 The only thing that One Day reminded me about When Harry Met Sally is that Harry told Sally that a man and a woman cannot be friends as the sex always gets in the way.  The fact that Emma wanted Dexter so much and he just wanted to be friends is ridiculous.  On their first date he gets naked and jumps into her bed.  When on vacation he convinces her to go skinny dipping.  He never lost sexual interest in her.  Had they in fact had sex that first night, they would have likely never had any deeper of a relationship.

The writing and editing is horrible.  The scene where Dexter needs desperately to speak to Emma but cannot get ahold of her is incomplete.  His father has just told him off and he needs a friend while she is off on a date.  Before they talk it cuts to another year.  The gimmick of the years is annoying.  They flirt with each other to nauseam.  By the time they get to Paris I wanted the movie to be over.

Patrick wrote that scant attention is paid to the actual details of the changes in world events, technology, fashion and music over the years.  I disagree.  Many details are thrown in such as the different popular songs and the video game from 1995.  When cell phones became popular Emma tells Dexter he will get cancer from it.

The film's biggest flaw is that Dexter is a dick.  He is rude as hell to Emma at a restaurant.  When an old college classmate offers him a job, Dexter insults him.  When playing a game with a girlfriend, he stupidly hits her so hard she bleeds.  I did not like this shallow, self centered idiot.  Emma could do so much better than him.

Dexter is an extravert while Emma is an introvert.  He took her places and gave her experiences she would never have had without him.  She meanwhile provides a female companionship that is is not made complicated by sex.  It is a rather flimsy basis for a relationship.   I never became emotionally invested in Emma's and Dexter's song and dance, and was thus not moved by the ending.  The book maybe great, this film however, is anything but. 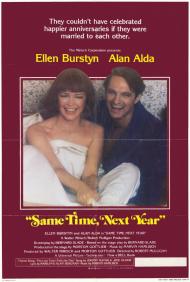