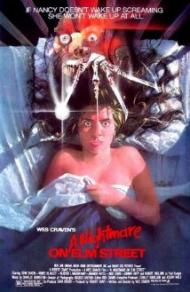 Not exactly like taking a bath with your rubber ducky.

Wes Craven's A Nightmare on Elm Street is a horror classic. It launched a franchise and made Freddy Krueger an iconic horror villain. My parents and grandparents were frightened by Count Dracula, the Wolf Man, and Frankenstein's Monster. My generation, that came of age during the 1980s, had the unholy trio of Michael Myers, Jason Voorhees, and Freddy Krueger. Of these Freddy is easily the most original – and the scariest. He's the evil spirit of a dead child killer that hunts down his victims in their dreams. Jason and Michael might be indestructible but Freddy Krueger has supernatural powers. And if you aren't safe sound asleep in your own bed, when are you safe?

The plot tells of a group of suburban high school kids who live on the titular street. They all begin dreaming about the same mysterious figure. He's severely disfigured with burns, wears a red and green striped sweater and a battered old hat. Oh and he has razor sharp knives attached to one glove. He even has his own nursery rhyme. All together... “One, two, Freddy's coming for you. / Three, four, better lock your door. / Five, six, grab your crucifix. / Seven, eight, gonna stay up late. / Nine, ten, never sleep again.”

Although some of the special effects are dated now, some of them hold up remarkably well. Tina's death on the ceiling of her bedroom is still terrifyingly brutal. It took horror to another level. Of course she had it coming since she and her boyfriend just had sex and we all know how that turns out in slasher movies. There is also the iconic shot of Freddy's gloved hand rising up from the bathtub between Nancy's legs (see photo). It was copied for the 2010 remake.

Another thing this movie is known for is the fact that Johnny Depp made his movie debut in it. He plays Nancy's boyfriend who meets a most gruesome end. This shot features a geyser of blood as Glen gets dragged down inside his bed and then regurgitated back out in liquid form. The story goes that Depp accompanied his friend Jackie Earle Haley to auditions. Haley didn't get a part but Depp did. Ironically, 26 years later Haley would play Freddy Krueger in the aforementioned 2010 remake.

I first saw this movie at the drive-in during the summer of 1985. It was part of a triple feature that included the original Texas Chainsaw Massacre and the first Friday the 13th. Of the three I had only seen Friday the 13th previously. I was more shocked by Texas Chainsaw Massacre than A Nightmare on Elm Street. I still think that movie is scarier but Nightmare truly deserves its iconic status. It is smart and funny, and it still manages to frighten. The way it moves between reality and dreams is brilliant and Freddy Krueger is quite simply one of the all time great movie monsters. 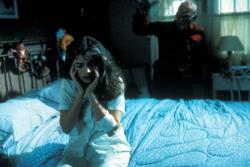 Heather Langenkamp and Robert Englund in Nightmare on Elm Street.

It had been many years since I watched this movie and I wondered how it would hold up 30 years after its release. Early on in the film I began to have some doubts about it. As Patrick wrote, some of the special effects seem incredibly dated and occasionally silly now. Freddy's long arms in an early dream are the perfect example. Also not helping matters is the synth-heavy soundtrack that just reeks of the 1980s and not in a good way. Likewise the acting seems a bit weak now as well. Gradually though, as the film progressed and I readjusted to the low-fi cinematics I started to remember what was so good about this movie and why it was able to launch a franchise.

The character of Freddy Krueger is as iconic as Patrick mentioned. What sets him apart from Michael Meyers and Jason is that he has a personality. Michael and Jason are merely unstoppable automatons who single-mindedly want to kill you. Freddy doesn't just kill you. He enjoys killing you and he wants to torture you before he finishes the job. The fact that he exists in your dreams gives him surreal and mystical powers that allow the filmmakers to really indulge their flights of fancy. And of course he will always be remembered most for the bladed glove hand.

The most surprising thing about Freddy in his first outing is that his screentime is quite limited. He appears in less than 15 minutes of the 90 minute film, but his presence looms over the story. As the series progressed the humor came more into the fore, but here it is much more reserved, which makes Freddy scarier. According to interviews, Wes Craven originally intended to merely hire a stuntman to play the character, but shortly into planning he realized he needed an actor to do the job and it's that decision and the casting of Robert Englund that really makes this movie work.

Watching Johnny Depp in his first screen role is interesting because of how little he impresses. Reportedly he was only cast because the producer's daughter thought he looked 'dreamy'. His character is pretty useless, but then all of the male characters here are. It's up to young Nancy to take care of Freddy on her own. She seeks out help from her father and her boyfriend, both of whom let her down.

I had forgotten how the film ended and seeing it now I found it disappointing. Originally Craven wanted a happy ending, but the studio wanted a darker one. Several different versions were shot and the final one was a compromise between the director and the producers. The problem with it is that the film ends and then there's a tacked on dream like ending that makes no sense. Now of course we know that sequels were made, but at the time it must have been an even more annoying ending.

If you can get past the initial sense of cheesiness, and I wonder if modern teen audiences raised on CGI films will be able to, then this movie still manages to provide some thrills and chills. If you can't then you're bound to look at it much in the way that my generation looks back at those classic Universal horror movies Patrick mentioned. 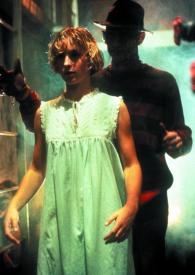 One, two Freddies coming for you...

Scott was being kind when he wrote that the acting seems a bit weak, especially when it comes to Ronee Blakley as Nancy’s mother Marge. She delivers the flattest line delivery I have ever heard in a movie. She sounds exactly the same no matter what her line or scene, “Nancy, you are going to get some sleep tonight if it kills me.” “Don't fall asleep in there. You could drown, you know.”

Even when she gives Nancy the important explanation, “We took gasoline and poured it all around the place and made a trail of it out the door. We lit the whole thing up and watched it burn. He's dead now. He's dead because Mommy killed him. I even took his knives.” she lacks any real emotion. I get that Blakley is playing a woman trying to drink her pain away but her performance is as numb as Marge wishes she could be after a bender. Even during the stupid ending, where Marge is sober, she is completely unconvincing.

Those two flaws, Blakley’s performance and the ridiculous ending, are the two largest missteps in an otherwise iconic horror classic. Freddy Krueger is, as Patrick wrote, one of the most famous hack and slash villains of all time and it is due to him having somewhat of a personality, as Scott mentioned. Name another movie monster who taunts his prey with such simple yet chilling lines as, “I'm your boyfriend now, Nancy.” “I'll kill you slow!” and “I'm going to split you in two.”

Another aspect that makes this a favorite is that he only attacks teenagers and young adults, which is exactly the films core audience’s age. His victims are at that scary insecure age, where they think they are adults but still rely on their parents. They want to think they can take care of themselves but secretly know they still need mom and dad. However, Krueger attacks them in their sleep where no one can help them, forcing these young people to truly make a life and death decision. These kids are forced to face their fear completely on their own. Watching this from a parent’s perspective, I found some interesting symbolism.

A Nightmare on Elm Street is far from perfect but it has one of the best setups for a horror film. It created a history for the bad guy and opportunities for creative killings. As everything takes place in dreams, the sky is the limit as to how the murders may happen. This series of films, and Freddy Krueger, could live on for a very long time. If only Freddy could have killed off Marge in the first scene. 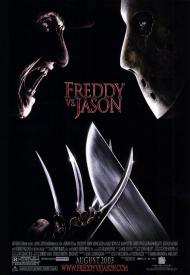 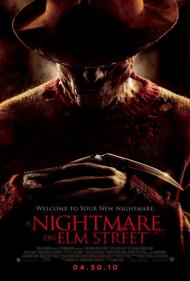