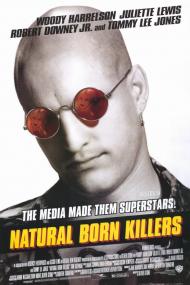 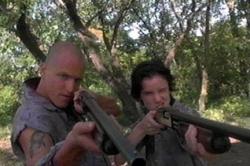 Natural Born Killers was one of the most controversial movies of the 1990s. It inspired many so-called copycat murders around the country, with one instance even resulting in a lawsuit against the filmmakers actually going to court in Louisiana. It was thrown out in 2001. Still many critics have accused Oliver Stone of hypocrisy in making a movie that glorifies violence, specifically the way the modern media deals with it, while claiming he meant it to have an actual anti-violence message.

In style it was artistically and technically innovative, using a stream of consciousness format of quick edits, psychedelic color palettes and a variety of camera angles, filters, and lenses. Animation, black & white cinematography, sitcom parodies and television commercials are all devices employed by the director. The movie is awash in constantly changing background visuals and many details which take multiple viewings to appreciate. The soundtrack infuses the movie with an eclectic range of music from Patsy Cline to Dr. Dre to Nine Inch Nails.

The script is from a story by Quentin Tarantino that was partly inspired by the movie Bonnie and Clyde as well as being loosely based on Charles Starkweather and Caril Fugate, a young Nebraskan couple who went on a murder spree across the Midwest in 1958. Oliver Stone (along with David Veloz and Richard Rutowski) rewrote the screenplay but kept some of Tarantino's original dialogue.

Woody Harrelson and Juliette Lewis play Mickey and Mallory Knox, two victims of horrific childhood abuse who go on the road killing, raping and robbing for fun. They eventually get caught and thrown in prison. Along the way they become antiheroes through the media's exploitation of them. The movie culminates with a big prison riot led by Mickey and Mallory. From beginning to end Natural Born Killers revels in violence and carnage. So much so that it quickly becomes desensitizing.

Harrelson and Lewis are good as the murderous couple. They both have a sinister, dangerous edge to their personalities that works well here. Especially Juliette Lewis, who always seems a bit close to the edge of insanity. She seduces and then savagely attacks several men in the movie. Watching her tiny frame kick-box and punch men twice her size makes for an interesting visual. Reportedly, in the scene where she shoves Tom Sizemore's face into a wall, she used such force that she actually broke his nose.

Rodney Dangerfield plays Mallory's abusive father in a scene that parodies I Love Lucy. Dangerfield supposedly failed to understand why Oliver Stone was filming such dark subject matter in the style of a 1950's television sitcom. But nonetheless the one dramatic role of his movie career received positive notices.

Natural Born Killers remains an innovative and interesting movie. Although it paints Mickey and Mallory as victims of abusive childhoods that led to their “natural” desire to kill. The ending also adds to the glorification of these murderers. Stone seems to be placing blame on the media for putting these outlaws on a pedestal and shining a bright spotlight on them. But isn't that exactly what the movie does as well?

I recall when Natural Born Killers came out; the only interest generated by it was the violent content. The media talked about it and more tickets sold. Yes Patrick, this movie places blame on the media for glamorizing violence all the while doing it as well. It excuses violence by blaming a violent upbringing. Sure, there may be lots of truth in that but it does not help to endear us to anyone on screen and that is this film's biggest problem.

From start to finish, this movie shows us one ugly person after the next. No one on screen, no matter what side of the law they are on, is likable. Everyone is detestable. The movie tries to make media whore Wayne Gale, and by extension, the actual media, the real enemy by being a hypocritical parasite because he exploits the violent actions of others. Since this movie mostly sold tickets because of its violent content, it is just as culpable. 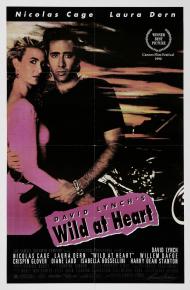 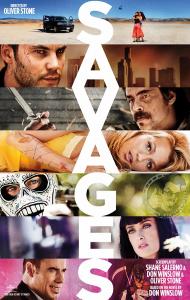