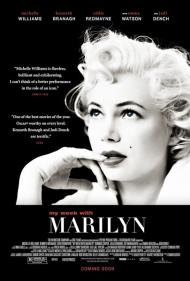 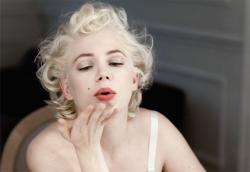 Michelle Williams is Marilyn Monroe in My Week with Marilyn.

When I first learned that Michelle Williams was going to be playing Marilyn Monroe, my first thought was that while she's a wonderful actress, this wasn't the part for her. Williams is much more of a girl next door type rather than a sexy, voluptuous, screen goddess. Surely Scarlett Johansson, reportedly the early frontrunner for the part would have been better? Now though, having seen the film, I'm completely converted and even more impressed by Williams than I was before. With the help of some padding, she really does manage to bring Marilyn to life and like the real Marilyn in The Prince and the Showgirl - the making of which inspired this movie - she is the brightest thing on screen.

The film is told from the point of view of Colin Clark, a rich and well connected young Englishman who wants to work in the movies. He lands a job as 3rd Assistant Director (a title which makes him a general gofer) on The Prince and the Showgirl by sheer persistence and a little bit of family connections. Star struck, he is thrilled to be working with his idol, Laurence Olivier and just in awe of the whole process. His thrill is taken to new heights when Marilyn Monroe arrives on set with her entourage. He, like every other man she comes in contact with, is soon in her thrall.

For a week, hence the title, while Marilyn's husband Arthur Miller is out of the country, Colin becomes Marilyn's constant companion and they even share a kiss as he falls helplessly in love with her. The romance is fleeting of course as Marilyn returns to her world and Colin returns to his when the movie production wraps.

Although the story is supposedly true, I don't believe it. The story is so obviously a fantasy and it didn't come to light until almost 50 years after the incident when most of the people who could dispute it were long dead. Clark, a lowly assistant on the film, is privy to the deepest confidences of Olivier and Monroe, which seems unlikely. I have no doubt that Clark was enamored of Monroe, but did they really go skinny dipping together? Unless Monroe speaks from beyond the grave and confirms it, I'll never believe it. Does this mar the movie? Not really, but I did find myself thinking, "Bullshit!" several times while I was watching it.

I was much more interested and entertained by the scenes on set. The interactions between Olivier and Monroe were more interesting to me than the scenes between Colin and Marilyn. Monroe, with her acting coach, Method proponent Paula Strasberg, in tow, lives up to her reputation for difficulty. She's constantly late to set, forgets her lines and with Strasberg's help tries to over analyze her motivation. Her actions drive Olivier to distraction. These scenes are fun for any movie buff.

The cast is brilliant. Williams delivers a marvelous performance as Monroe and Branagh captures the spirit of Olivier, if not quite the physical presence. Judi Dench is as good as always in a small part, playing Dame Sybil, who played Olivier's mother in The Prince and the Showgirl. Emma Watson has a very small part as a wardrobe girl and does a decent job. Of all the Harry Potter cast, I was always most worried by her acting ability, but she delivers here. As in The Prince and the Showgirl though, everyone is outshone by Marilyn.

Another reason that I don't believe this story is completely true is that we don't glean any new insights about Marilyn. Everything she tells Colin has been hashed and rehashed in countless biographies. Her troubled childhood, her numerous marriages and her quest to be loved and taken seriously are all covered. They are brought to vivid life by Williams, but they're still Marilyn cliches.

Fortunately, despite hints of tragedy surrounding Marilyn, the film is kept fairly light and it moves briskly and often humorously along. Any fan of Monroe, movie buff or just fans of great acting will want to see this movie and I fully expect to hear its name come awards time. 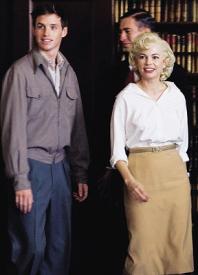 Eddie Redmayne and Michelle Williams in My Week with Marilyn

Through some early narration we learn that Colin Clark is enamored with movie stars.  No doubt he fell under Marilyn Monroe's charm, but I would bet that her recollection of their time spent together would be far less memorable.  If anything is to be noted about Marilyn from this film is that she was extremely insecure.  This resulted in her constant need to have people around her who could keep her ass full of smoke.   Colin was just her latest recruit.  Her insecurities are best exemplified when Olivier asks her to just be sexy for a scene.  Her entourage reacts as if they are thinking, "He did not just go there!"

I have read a couple of books on Monroe and was wondering what new light this film would shed on her.  As Scott wrote, there is none.  It showed her as more of a contradiction than anything else.  She is famous yet insecure.  She uses drugs but is always lucid.  She just got married yet flirts with every man she meets.  She seems as dumb as they come yet gets everyone to do just as she wants.  For a man who supposedly spent so much intimate time with Marilyn, he seems to know her as little as anyone else.

One moment I liked was when Marilyn lets Collin in on the fact that she knows how her fame works.  When leaving a private tour of Windsor castle they walk into an applauding crowd.  Marilyn whispers to Colin, "Shall I be her?"  She then goes through a routine of Marilyn Monroe poses, smiles and waves.  She knows how to act when she wants to.

Although she lacks that effervescent quality that made Marilyn so unique, Michelle Williams's performance proves her name should be on some nomination lists come award time.   Her best moments as Monroe were when she was playing her within the contents of the filming of The Sleeping Prince/Prince and The Showgirl.

Branagh, who is pretty much a modern day Olivier, has some of the film's best lines, "Marilyn, my darling, you are an angel and I kiss the hem of your garment but why can't you get here on time for the love of FUCK?"  Another great one is, "I think directing a movie is the best job ever created, but Marilyn has cured me of ever wanting to do it again."

Like Scott, I liked the moments on set.  They were the most real, while the time spent away from it seem the most manufactured.  Although the authenticity of the films events may be in question, My Week with Marilyn remains a good story about a boy with limited experience with love falling for a woman with more experience on the subject than any one person should ever be burdened with. 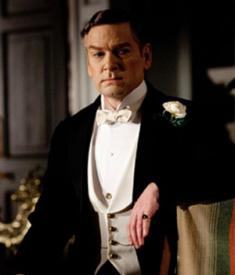 Kenneth Branagh as Sir Laurence Olivier in My Week with Marilyn, playing the Prince Regent Charles in The Prince and the Showgirl.

We'll never know for sure whether or not Colin's story was partially fabricated, but it rang true for me. Eric, you hinted at why Marilyn would enjoy this unknown young man's company. His complete and total adoration and willingness to do anything she asked, or as you put it “her constant need to have people around her who could keep her ass full of smoke.”

As Scott pointed out this is a complete fantasy for Colin but just think how heady it must have been for Marilyn to grant this ultimate fantasy by her mere presence. A sublime goddess spending time with a silly mortal. The way she flaunts her body in front of him seems to support this idea. She loved being worshiped by men. Also the fact that he didn't know any of the people she knew and the unlikelihood of her ever meeting him again would all make him someone she would be able to relax and feel secure around. As for his lack of any new insight into her character, is that really so odd considering they spent just one week together?

So even though I had no problem believing Colin's story I do agree with my brothers that their scenes together are rather dull. I was also less impressed with Michelle Williams than both Scott and Eric were. She is pretty good at impersonating Monroe when recreating scenes from the movie, when all she has to do is mimic Marilyn's actions, voice and facial expressions. But she is far less successful in the dramatized scenes away from the set where she has to summon Marilyn's real life persona and maintain it. It's not really her fault. She - like every other actress that has come along since - simply lacks Marilyn's unique brand of magic.

My brothers are right that the scenes on the set are easily the highlights of the movie. The characters of Laurence Olivier and Sybil Thorndike add wit and class to the production. Kenneth Branagh lacks Laurence Olivier's dashing good looks but he does convey the same impressive gravitas. No offense to Julia Ormond but she neither looks nor sounds like Vivien Leigh. Not that she needed to do a stand-up impression of the iconic actress but she should at least be recognizable without the script having to identify the character for you.

My Week with Marilyn offers a glimpse behind the scenes of an intriguing Hollywood fable. It works best as a lighthearted comedic take on the making of a classic movie. It is never quite as romantic, moving or profound as it wants to be. 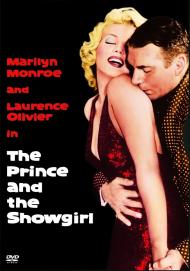 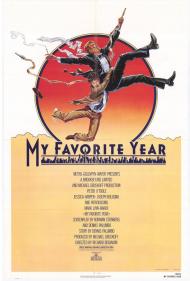