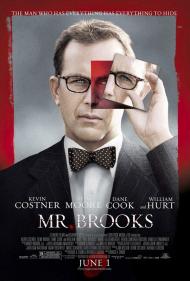 Directed by: Bruce A. Evans 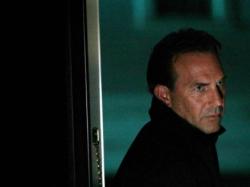 I found this movie to be entertaining, but I was almost disturbed to find it so. How many other movies have a serial killer as their protagonist and actually make you root for them? The only reason this movie gets away with such an audacious move is because of the casting of Kevin Costner in the lead role. He brings with him such likable charm, the kind we've seen across his entire career, that I'm not sure if anyone else, or even he at the beginning of his career, could have pulled this character off and made this movie work.

Costner plays the title character, a successful businessman, husband and father who has just been named man of the year by the chamber of commerce. Later that night, following the awards ceremony, he celebrates by stealthily breaking into a house and shooting dead its two occupants, in mid-coitus; the act of which brings him to an orgasmic state. It seems that along with being man of the year, Mr. Brooks is also the serial killer known as the Thumb-Print Killer. His dual-nature is shown in the movie quite literally by the character of Marshall (played with sadistic glee by William Hurt); a figment of Brooks' mind that only he can see.

A day later, Brooks is contacted by "Mr. Smith", a young man who witnessed the murders through the open window where he was spying on the couple and snapping pictures of them. Smith doesn't want money or to go to the police however, he wants to accompany Mr. Brooks on his next murder.

There are several complicated subplots. Detective Tracy Atwood (Moore), the driven police woman on the trail of the Thumb-Print Killer, is involved in a messy divorce and is also dealing with another old case. Mr. Brooks pregnant daughter turns up on their doorstep one day having dropped out of her college, where a murder has taken place. While at first several of these plots seem superfluous, they all end up tying together nicely.

Admittedly, the plot of this movie stretches the boundaries of believability several times. Coincidences abound throughout its length. And yet, none of them really bothered me because I always wanted to know what was going to happen next and the movie even managed to surprise me a few times.

One of the better things this movie has going for it is its rather dark sense of humor. Granted the humor is of a very dark nature, but if your humor leans towards the macabre, which I'll confess mine does at times, then you'll find several humorous scenes scattered throughout.

Hands down though, it is Costner that gives this movie life, as opposed to his character, who brings death to his victims. Despite the fact that he is seriously fucked up in the worst possible way, somehow you still want him to outwit Atwood and Mr. Smith. Although the movies are in no way similar in any other way, this character trait is reminiscent of Hannibal Lecter; another serial killer who, while you might want him to get his just desserts, you don't want it to be cheap or by someone less intelligent.

So far 2007 has seen a drought of good movies. Finally, for perhaps only the second time so far this year, I can actually recommend one to go see with Mr. Brooks. 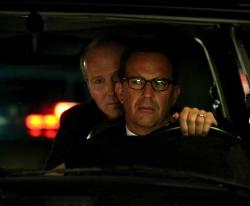 It is a bit odd that the main character is both a serial killer and yet likable. This is due to the fact that he is remorseful of his crimes and knows completely that he is doing wrong. The devil on his shoulder, denotes him as insane and he constantly has conversations with himself as he struggles to overcome his evil impulses.

As Scott wrote, this role could have gone in any direction in less capable hands. Costner plays a sadistic murderer, yet we do not necessarily want him to be caught, even though he needs to be stopped. He comes across as a loving husband and father who just happens be addicted to the rush of killing. We do not actually want him to keep killing, but we do not actually want to see his world come crumbling down. Costner is so good at making us see this monster’s weaknesses and affection for his family that he becomes quite scarily real.

Although Costner does a great job at making us empathize with him, Cook’s performance cannot keep up. He plays a man fascinated by Brooks’s murders, and wants to experience it for himself. He simply shows up and is all excited to participate. The movie never says why. His demons are never explored. It is as if murdering is just a new drug that he wants to try. Just staring at a couple having sex is not enough anymore, so he has to go for a bigger rush, much like a marijuana smoker moving on to meth. My favorite line about Cook, who is also a stand up comic, is when Brooks says, "Even if that guy was charming and funny, I still wouldn't like him."

The cast is rounded out with Demi Moore. She plays the detective trying to catch Brooks, while going through an ugly divorce. She really has a thankless role. A couple of her scenes could have been trimmed. At least three different times she mentions that there must be a witness to the murder in the building facing the open window. I have always liked Moore, but I wonder about her screen time being increased simply because it was her and not a lesser known actress. The two plots intertwine nicely, but I would have enjoyed -spoiler alert- Moore and Costner sharing a scene together.

Credit for this delicately played story must also go to Evans, who co-wrote and directed this. He also wrote the, slightly macabre, screenplay for Stephen King's Stand By Me, which featured some soul searching by some boys on their way to see a dead body. Here, he lets us see Brook’s dedicated family life as well as his tortured dark side, that has fun when he gives himself over to it. 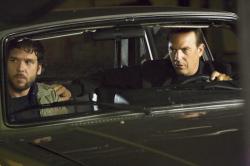 I agree that Kevin Costner is great as the eponymous Mr. Brooks. He is so good that you feel conflicted about rooting for him. As Eric wrote, the fact that he feels remorse and honestly wants to stop killing allows him to be a somewhat sympathetic character. William Hurt is also very good as his imaginary alter ego, egging him on to kill again.

The story is intriguing but it also contains some filler. Demi Moore's role as Detective Atwood could have been trimmed. We didn't really need a second serial killer for her to do battle with. In fact the biggest flaw in the movie is that it makes serial killers seem quite normal and common. Or is the movie saying that Mr. Brooks attracts serial killers like moths to a flame? He has Mr. Smith, a wannabe killer, trailing him like he's in training for a job. Again agreeing with Eric, Mr. Smith's motivations are never really explored beyond just the adrenaline rush he gets from the idea of killing. Perhaps that is how serial killers are made.

The biggest flaw in the script is in the character of Jane, Mr. Brooks' daughter. Although the movie doesn't actually say for sure that she is following in her father's bloody footsteps it certainly implies it. Are the writers suggesting it is in her DNA?

Scott mentioned Silence of the Lambs and I actually think these two movie have quite a bit in common. Both movies have more than one serial killer, the main one and the side killer. Both movies end with a phone call between the main killer (who gets away in both movies) and the investigating female detective. Mr. Brooks' feelings of remorse set him apart from Hannibal Lecter however, and render him much more of a three dimensional person.

The scene at the end that turns out to be a dream (or rather a nightmare) should have been real and the movie should have ended right there, showing that Mr. Brooks reaped what he sowed. But then this was intended to be the first film in a trilogy so that wouldn't have worked. At any rate Mr. Brooks is an intriguing and genuinely entertaining thriller with a superb central performance from Kevin Costner. 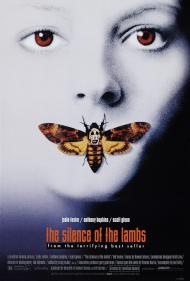