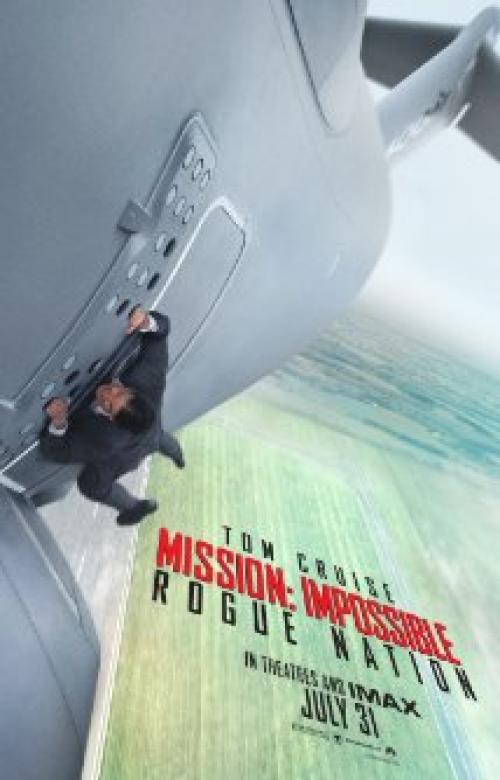 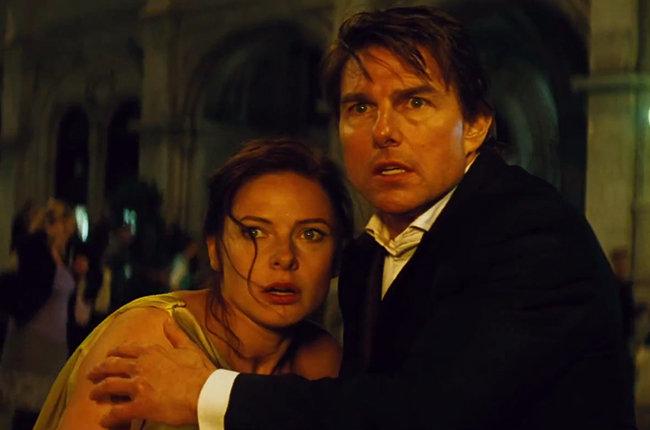 Rogue Nation is the fifth installment in the Mission Impossible series of films. Next year will mark 20 years since the release of the first film and Tom Cruise is still playing Ethan Hunt, and playing him believably, at the age of 53. The previous film in the series, 2011's Ghost Protocol, breathed fresh life into the aging franchise, giving it a shot of adrenaline that has carried over into this film, which has wisely, and for the first time in the series, kept the same IMF team as was featured in the previous installment. It's a lot of fun and almost the perfect example of summer entertainment.

While each of the previous films has been completely standalone, this one is a direct follow-up to the previous film. References are made to the events of earlier films and the villains here are the Syndicate, which was first mentioned in Ghost Protocol and who were the main villains in the original television series these movies are based on. Ethan Hunt is determined to track down this rogue organization, but the CIA, headed by Alan Hunley (Alec Baldwin), wants the IMF shutdown and its resources moved into the CIA. Hunt refuses to let the closure stop his mission and he continues to track down the Syndicate on his own, eventually recruiting the other members of his team to help him, as well as a female British agent, who may or may not be a double-agent. Their mission takes them from Vienna to Morocco to London with plenty of excitement along the way.

The thing that has really helped revive this series is that it has become a team effort. Hunt is still the main man and Cruise still the star, but it's an ensemble piece with each character having their role to play. Renner as Brandt is the serious administrative leader of the group. Pegg as Benji is the comic relief. Rhames as Luther is the computer expert. Rebecca Ferguson, the new addition to the team kicks ass as the British agent Ilsa Faust. The team of agents and actors all work well together and share a believable camaraderie, especially between Cruise's Hunt and Pegg's Benji. Their interactions provide some of the best moments in the film.

Of course the other thing these movies are known for are their big action sequences and there are several nicely done ones here. The film opens with a bang with Hunt clinging to the side of an airplane that is taking off, which was filmed with Cruise actually hooked to the side of an airplane in mid-air. The other big set piece is, as has become standard for these movies, a heist into a seemingly impregnable building. The only way into this one involves an underwater sequence which requires Hunt to hold his breath for six minutes. And of course there are plenty of car and motorcycle chases, gunfights, and fistfights to go around.

Originally scheduled for a December release, Paramount moved the release date up to the summer to avoid competing with the new Star Wars film. This was a wise move. Not just to avoid the competition, but also because with its lightweight tone, heavy reliance on action and exotic locales, this is perfect summer movie fare.

Although at one point in the film, the phrase, "our last mission" is thrown around, rumor has it that a 6th installment is already in the works. So long as they can keep this team together and the same spirit and tone to the storyline, I'll happily line up to keep watching them as long they keep making them. 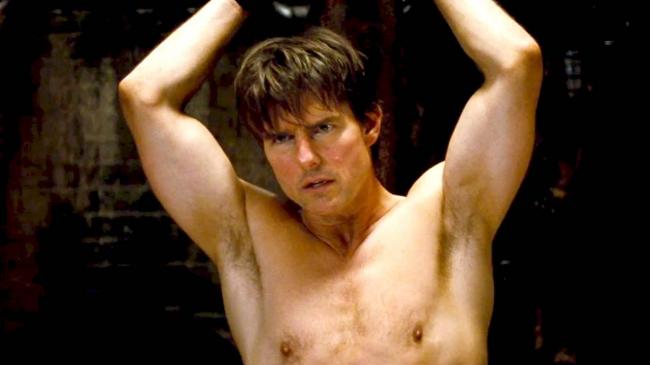 It's hard to believe that it has been nearly 20 years since the first Mission Impossible movie. Especially when you take a look at its star. Whatever Tom Cruise is doing, it's working. He actually looks younger and more fresh-faced now than he did four years ago in Ghost Protocol (I wonder what that portrait in his attic looks like by now). As my brother wrote, he hasn't slowed down a bit in the action department. Ethan Hunt runs, climbs, fights, shoots, swims, engages in high-speed motorcycle chases and clings to the outside of planes like a man half his age. I agree that Rogue Nation, like its predecessor, continues to breathe new life into this venerable franchise.

Ethan Hunt is really the American James Bond and the Mission: Impossible movies follow a variation of the formula that has worked for the world's most famous spy for more than half a century. They both usually begin with a big action set piece, and involve plenty of globetrotting to exotic locales (in one scene Hunt meets Ilsa in Casablanca – get it?). The biggest difference is that, as Scott pointed out, Ethan Hunt gets more help in the field than Bond ever needed. Which, ironically given the title of the series, makes this world slightly more realistic than the world of 007.

Another obvious difference between the two is the fact that Ethan Hunt has been played by the same man the entire run of the series, while half a dozen men have worn the Bond tuxedo. At the rate these movies get made, by the time the sixth Mission:Impossible comes out Cruise will be at least as old as the oldest man ever to play James Bond. That was Roger Moore who was 57 the last time he ordered a vodka martini - shaken not stirred.

My favorite action sequence in Rogue Nation is actually one of the more low key moments - action wise. It takes place in Vienna backstage during a performance of the opera Turandot. As Puccini's music builds to its incredibly dramatic crescendo, Hunt plays an exciting game of cat and mouse with several assassins in the catwalks above the stage. This is where Hunt first encounters Ilsa Faust. She not only has a great name, she's also cool as hell. She and Hunt make a great team and Rebecca Ferguson is good in the part.

Ving Rhames (his Luther is the only other member of the team to appear in all five movies), Simon Pegg and Jeremy Renner each contribute to the movie much as their characters contribute to whatever impossible mission is at hand. Each has a part to play and they play it well. With Tom Cruise providing the center of the whirlwind, Mission: Impossible – Rogue Nation is (nearly) perfect summer movie fare. 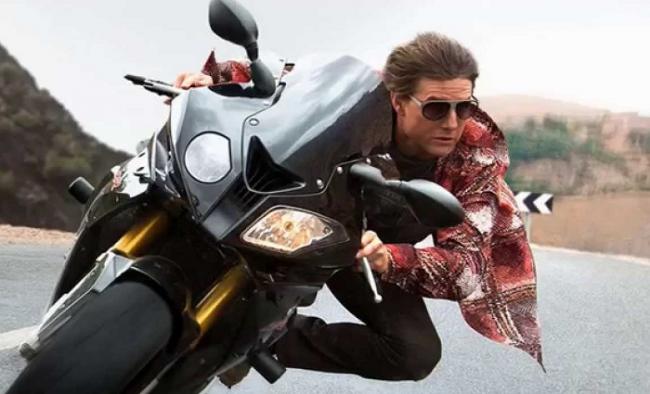 Patrick, nice catch on the Casablanca reference. I too liked how the backstage assassination scene was filmed. We learn as Hunt does, what is happening and his response is appropriate, even if it is a bit shocking. My favorite action sequence though, is the extended motorcycle chase. Again, I had no idea where it was going or how it would end, making the fast paced ride all the more exciting.

As my brothers wrote, these last two installments, along with the first, are the best in the series thus far. It is that lack of knowing where the story will take you that adds greatly to the thrill. Let’s be honest, the James Bond films are awesome but we can guess our way through all of them, even the harder edged Daniel Craig versions.

In fact, the weaker moments of Mission: Impossible-Rogue Nation are when it maintains some of the traditions. As with the television show, someone has to wear an extremely realistic mask. It is practically an IMF trademark. Halfway through the film they make reference to breaking into a facility simply by wearing a mask. It is not exactly an in joke but it nearly is. Later in the film, one character announces to another that Hunt is trained in being anyone he wants to be. Yeah, that is a cue for a mask to come off. It is like James Bond ordering a Martini, shaken but not stirred. It is not necessary to the plot but it does help distinguish the character and film.

I also agree with Scott, that the cast is great. Jeremy Renner and Ving Rhames are good but they do not have the showy action scenes that the others do. Alec Baldwin is playing his standard boss character. He seems very natural playing a self-important blow hard. Simon Pegg’s Benji is your standard side kick but he plays the role well, without ever becoming annoying as so many movie partners tend to. Rebecca Ferguson is a great addition as British agent Ilsa Faust. She is attractive without being too gorgeous and tough without being completely unrealistic.

Of course, the film belongs to the dedicated Tom Cruise. He is and may remain for decades to come, one of the biggest movie stars of all time. According to quigleypublishing.com, on their list of all-time top money-making stars, Tom Cruise is number three, only behind Clint Eastwood and John Wayne. He has been compared to Paul Newman and others but at this point, Cruise’s career speaks for itself. He has no contemporaries. He may occasionally make a bid for an award but he seems very content to make films that entertain, and that is all I truly want from him. As long as he keeps making nearly perfect summer popcorn films like Mission: Impossible-Rogue Nation, I will gladly reward him with a purchased ticket. 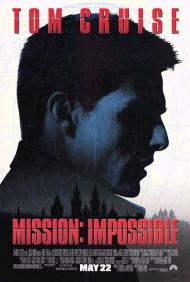 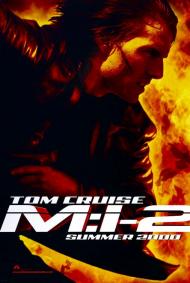 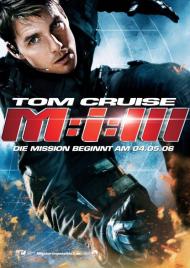 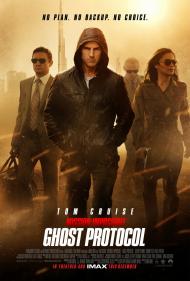