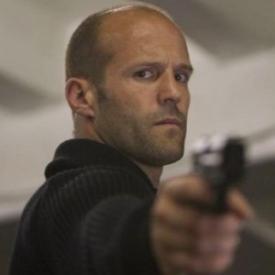 Jason Statham is The Mechanic.

Jason Statham's range seems limited to the deadly assassin character that first made him famous in The Transporter films. It's a role that suits him and he's definitely made the most of it. Even here, in just a so-so movie, he still manages to deliver his bad-ass lone wolf killer persona in an entertaining way that at least helps to make up for the weak, hole filled plot.

This time around Statham plays Arthur, a mechanic (code for assassin) who works for a large anonymous corporation.  He's a lone wolf operating from his isolated island home in New Orleans, who performs his jobs with a minimum of fuss and a maximum of preparation. His only contacts are his handler, Harry (Sutherland), who gives him his jobs and pays him off, and an unnamed prostitute he visits regularly.

Shortly into the story, Arthur is told by another partner in the firm that Harry, who has been like a father to Arthur, has betrayed the firm and caused the death of 5 of their operatives. In the movie's biggest plot hole, Arthur accepts this without question.  He never even bothers to ask Harry about it.  He just goes along with it.  It's such a dumb part of the plot, that I kept waiting to find out that Arthur was just pretending to go along with it, but it never happens.

Harry's "betrayal" leads to his death, which brings Arthur into contact with Steve, Harry's son (Foster). Soon Arthur has taken Steve under his wing and made him his protege, finding that Steve takes to the work like a duck to water. He's so enthusiastic about it that you seriously have to question his sanity. When Arthur makes a kill, it's cold and clinical, but when Steve makes a kill, he seems to enjoy it. One of the best action scenes involves Steve's first job when he decides against taking the easy method and instead goes man-to-man with a 6 foot 7 inch giant.

The movie is at its best when the action is happening. Statham oozes style and cool. He's definitely got "it". Foster, who lacks Statham's masculine charm, is a good actor who plays his part convincingly. You're never entirely sure what he's going to do, which makes him more dangerous than his slender frame suggests. Together they make a good pair.

It's when the action stops and you have a chance to think about what's going on that the movie suffers. Not all of it makes sense. For instance, while Arthur prides himself on slipping in and out of a job without anyone even knowing that he was there, the final action scene is a very public gun battle on the city streets involving a garbage truck, a city bus and a cavalcade of cars. There are any number of witnesses, but luckily, even in this day and age of cell phones and computers, the police remain blissfully unaware of all the action.

But let's face it. This isn't a movie you go to see because you want to think. This is a movie that you go to see for the action and on that level it delivers. Know that going in and you'll be able to enjoy it.

Jason Statham and Ben Foster in The Mechanic.

Statham always plays the good/bad guy.  Nearly every role he has done is outside the law, yet remains the film's hero.  Due as much to his charm as the script, we root for Statham, even though he is not always the most lawful person on screen.

I never saw unquestioningly killing Harry as a big plot hole.   Arthur is a professional.  Just as he anticipates the betrayal at the end of the movie, he understands the dangers in his line of work.  Honorable people are not attracted to assassinations.  Although he does not actually ask Harry about it, Harry reacts as if it is all true when Arthur confronts him.  So he does sort of get an answer.

The character of Arthur is classic Hollywood tough guy cool.  He lives by himself, on his own terms, answering to no one, except an occasional phone call.   He is the epitome of free, yet he lives alone as if in a prison.   The prostitute should have been more than just a lay.  That would have humanized Arthur, just as the presence of Ilsa did for Rick in Casablanca.

The big final action scene is a great adrenaline rush of speed and blood.  The car going through the bus is awesome!  However, as Scott mentioned, it does not make sense.  He plans every job up to this point, yet this entire kill happens by way of major coincidences.   Had the cars turned a different corner, he would have failed.

The Mechanic is not without flaws, but watching Jason Statham in an action film is always time well spent.