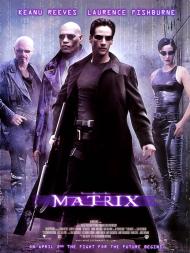 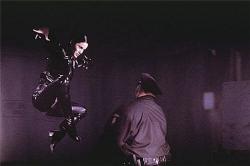 Carrie-Anne Moss as Trinity in The Matrix.

The opening part with this girl named Trinity kicking the shit out of some policemen, running on walls and jumping around skyscrapers is a great way to begin a movie. How did she do that? Is she a criminal? How does she move in such tight leather pants?

If you have not seen this movie it would be wrong of me to give too much of the plot away. So I will say only this. Keanu Reeves stars as an everyday Joe, Neo. who is approached by a mysterious group of people who claim he is the one to lead them out of oppression.

The plot contains some wonderful thought provoking intrigue. Again, I can't say too much. So much of the fun of this movie is experiencing it as Neo does. As the realities of his world become known to him they become known to you.

The special effects are great. No doubt you have seen the bend over backward, bullet flying by scene. That is just one of many amazing scenes. Even though so much has been made of the effects, this movie is actually driven by a plot and some decent characters.

Keanu Reeves does the one character here that he does best. The 'I am really not very aware character.' The one he did in Bill And Ted and Parenthood. Don't get me wrong. I think he is a lousy actor, but here all he has to do is look out of his league, and that is one thing he can handle.

Laurence Fishburne is the calming center to this action movie. He has some action scenes himself, but it is his reassuring voice and performance that keeps the movie from slipping into campiness.

Carrie-Anne Moss is one charming lady. So many action chicks are just big breasted bulldozers like Xena or Barb Wire, who kill without a second thought. Moss, however, gives Trinity a soft side to balance out her aggressive take no prisoner persona. Moss has the most difficult acting job in the movie. She has to go from Wonder Woman with an attitude to an in denial love interest.

This movie satisfies on so many levels. However, if you like science fiction then you will particularly love this movie. 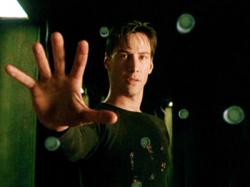 Keanu Reeves in The Matrix.

True Story, the plot for The Matrix was my idea. A few years ago I came up with the idea for one of my many started, but never finished ideas for a book which was essentially the exact same plot as The Matrix. Granted, in my version there were far less gun battles and more mystery to discover the truth, but the germ of the idea was the same. It's true! I don't know how, the Wachowski brothers managed to read my mind and lift the idea from me, but that's what they did. No, this isn't an attempt to receive royalties or the beginning of a lawsuit, I just wanted to say it aloud.

That being said, I have to confess that the Wachowski brothers made one hell of a movie out of this idea. And contrary to what Eric said in his review, I don't believe you have to be a Science Fiction fan to truly love this movie. You just have to have an open mind and an imagination.

And on the subject of disagreeing with Eric's review, I also don't believe this is a character driven movie. This is an action movie through and through. It's true that there are likable and sympathetic characters in this movie, but it is action and not emotion/dialogue that drives them and the plot along.

The visual style of this movie is what stands out in my mind, not the characters. The characters are all pretty two-dimensional, once you get past the idea of the matrix itself, but the visuals! The visuals are just amazing! And not just the slow motion, fancy camera work either. The mood which is set by the lighting and the angles used in the fight scenes both add to the action and the atmosphere.

One of the things I do agree with Eric about, is the opening scene. From the moment the Agent says, 'No Lt., your men are already dead.' Through the fight scene and until the moment the truck smashes into the phone booth, you are on the edge of your seat, your mind full of whirling questions. And the momentum this scene creates, does not diminish until the credits roll.

It will be interesting to see if the Wachowski brothers can equal or surpass the high standards they have set for themselves when the sequel to this movie comes out sometime in 2003. 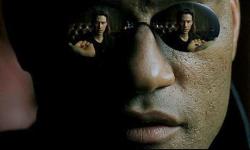 Laurence Fishburne in The Matrix.

Regardless of the specifics, the idea of an artificial life form taking over the world is hardly original. Neither is the concept of waking up and finding ones life has been a dream or as in this case a cyber-dream. The way The Matrix unfolds, the visual look of the movie, the competent script and most of all, the groundbreaking action sequences, are what make it great.

Keanu Reeves continues his career as eye candy. As an actor he always seems to be straining to remember his lines, and when you consider that most of them are monosyllabic it puts things in perspective. Eric is absolutely right in saying that his talents, or rather lack of talents, are perfect for this role. I agree with Scott on the importance of the action as well as the creative way the movie was shot.

I can only add that it is in the details, such as choosing between the red and blue pills, and the way the story is executed, that lift it above most other futuristic sci-fi movies. 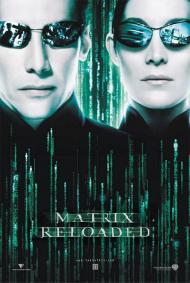 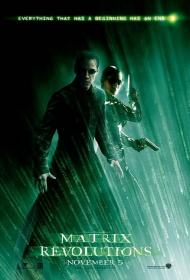