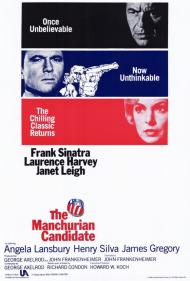 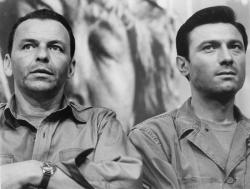 Frank Sinatra and Laurence Harvey in The Manchurian Candidate.

John Frankenheimer's The Manchurian Candidate is a classic cold-war spy-thriller that holds an exalted place in the pantheon of great movies. The AFI included it in their list of 100 Greatest American Movies and the IMDB ranks it in their top #250. Based on the novel by Richard Condon it tells the story - on the surface - of a Korean War hero (Laurence Harvey as Raymond Shaw) whose mother (Angela Lansbury) is married to a senator with eyes on the White House. In reality Shaw is a brainwashed puppet for communist forces that plan to infiltrate and eventually take over the United States. His fellow soldiers, in particular Major Bennett Marco (Sinatra), experience recurring nightmares in which Shaw performs acts of murder against his own men at the command of enemy forces. Will Marco discover the truth of the complex and multi-layered conspiracy in time to save the Presidential candidate from being assassinated?

The content of this movie has been controversial over the years. First of all it preceded the assassination of JFK by one year and there are certainly some parallels that can be drawn between Raymond Shaw and Lee Harvey Oswald; it has even been suggested that he was inspired by the film. Secondly, the decidedly cynical view of our own government has not always gone over well. Especially at the time of its release, when the cold war was at its height and the memory of McCarthyism was still fresh in everyone's mind. Ultimately, however, the movie is a patriotic tribute to real American heroes.

This movie was also ahead of its time in terms of style and technology. At times it recalls Cinéma Vérité. During a press conference scene we are simultaneously shown images in real time and on a television screen in the same room. Also the editing during the opening brainwashing sequence is brilliantly done.

The acting is, for the most part, superb. Laurence Harvey and Angela Lansbury are especially riveting. Sinatra is Sinatra, but for my money Maggio is still his best role.

The dialogue is memorable for its chilling simplicity. "Why don't you pass the time by playing a little solitaire?" and "Raymond Shaw is the kindest, bravest, warmest, most wonderful human being I've ever known in my life." These seemingly innocuous phrases have a sinister double meaning that lies at the heart of this compelling movie. If Psycho and The Misfits weren't proof enough, The Manchurian Candidate made it official - the sixties had arrived.

Angela Lansbury in The Manchurian Candidate.

The Manchurian Candidate, while still highly enjoyable today, is very much a product of its time. It is rife with cold war paranoia as it turns the idea of communist infiltrators in the government on its ear. Senator Iselin rails against card carrying communists in the Defense Department while being too stupid to realize he's working for them, which means his paranoid ranting is accurate in a twisted sort of way. And today, with the benefit of hindsight, the assassination scene seems prescient. Reportedly, President Kennedy was a fan of the original novel and the film after Sinatra arranged for a print to be screened for him.

Although now considered a classic, the story had a surprisingly hard time making the transformation from page to screen. Several studios passed on the project, deeming the material too controversial. It was only when Sinatra threw his weight behind it that United Artists reluctantly agreed to finance it.

I agree with Patrick that the film is stylishly shot. The dream sequence is the most famous scene and it is well edited as it constantly flickers between the garden lecture and the communist gathering. Also as Patrick noted, the most interestingly shot scene is the press conference where we see Angela Lansbury in the foreground, pulling the strings of her puppet husband who appears on the television monitor. Truthfully though, there's not a bad shot to be found. The black and white cinematography works brilliantly and it somehow wouldn't be the same in color.

The weakest aspect of story is the brainwashing, which seems a trifle silly and a little too easy. It plays into the paranoia of the era, but it's hardly realistic. If such methods of mind control were so thorough and so easy, it would have changed the entire balance of the cold war. You just have to accept this aspect of the story as true.

Sinatra and Harvey do deliver solid performances, but it's Lansbury who steals the movie. Her domineering mother is one of the screen's great villains and the Oscar nomination she earned for this part was well deserved. She's like a spider spinning her webs, wrapping up those around her like flies to be used at her discretion. The mere 3 year age difference between Lansbury and Harvey adds to the oedipal aspects of the story, making the near incestuous kiss they share late in the film seem even creepier.

Janet Leigh, who plays Sinatra's love interest, does a good job, but her character feels superfluous. She never meets any other character or affects the story. Film critic Roger Ebert wrote an interesting theory about her character in his review. "My notion," he wrote, "is that Sinatra's character is a Manchurian killer, too - one allowed to remember details of Harvey's brainwashing because that would make him seem more credible. And Leigh? She is Sinatra's controller." I've never read anything to support his theory, but it adds an extra dimension to her character to contemplate the idea.

Although the 2004 remake was slick and well made, it was completely unnecessary. The original is the definitive version and remains riveting entertainment while also acting as a time capsule to the paranoia of the era. 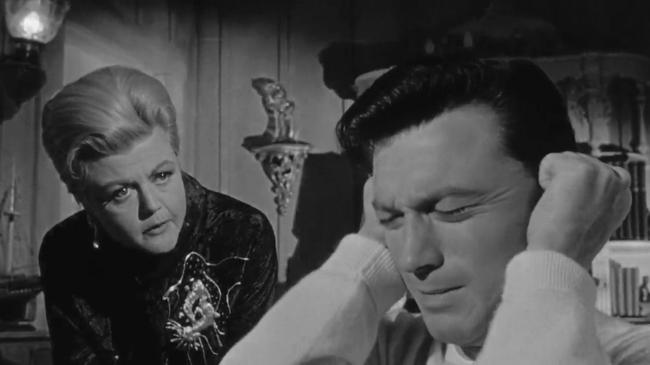 Angela Lansbury and Laurence Harvey in The Manchurian Candidate

Both of my brothers wrote of how The Manchurian Candidate is very much of its time and features a Presidential assassination plot a mere few years before John F Kennedy was killed. As the powers that be killed Lee Harvey Oswald and kept many of the details of his life a secret, we can only speculate how close this film is to anything in real life. I was far more interested in the comparisons between this film and the election of Barack Hussein Obama.

Patrick wrote that, “Shaw is a brainwashed puppet for communist forces that plan to infiltrate and eventually take over the United States.” While Scott thought, “The weakest aspect of story is the brainwashing…” Because, “…it's hardly realistic.” I agree. It takes a lifetime of being the biological son, adopted son and student of educators and church leaders who all have radical anti-American ideals to be brainwashed or, in the least, influenced into believing communism is a great and wonderful way of thinking. I know both of my brothers are rolling their eyes as they read this but do any search on line and you will find many articles and even books that refer to Obama as a Manchurian Candidate going all the way back to the 2008 election.

Whether you think I am on to something or just plain paranoid is irrelevant. My thoughts on this film and it’s comparison to Obama just goes to show how powerful this film is. It strikes a nerve with some viewers who feel that there are forces at work that average citizens have no access to. It is not a secret that governments keep things from the public and campaigns are more like a perfunctory side show than a demonstration of who is actually best qualified for the job. Look no further than Mrs. Iselin pushing her husband through the crowd so as to get an inaccurate photo taken or her husband telling an incendiary lie in front of a group of reporters just to get press coverage. Sure, this film is of its time but it is also timeless in that you could probably draw comparisons with it and any number of real people.

You can also interpret different aspects of this story. As far as Janet Leigh’s character goes, I think she is possibly working for someone. She meets a stranger on a train who clearly has issues yet she comes on like a slut in heat, following him in between trains where she gives him her biography, including her complete address and phone number, methodically asking if he can remember it. Look how calm she is when she arrives to come get a man from the police station that just assaulted someone. She then tells Sinatra that she broke up with her fiancé to be with him, a violent man with mental problems. I think she may be working for the government as a sort of hooker, sent to provide him with a distraction and comfort. Just before they meet, Sinatra is told by his boss to go away and meet a girl as he is clearly over stressed. Perhaps he arranged the meeting as Sinatra told him his plans.

Where I agree completely with my brothers is that this is a truly amazing film filled with great performances. I was emotionally moved by Laurence Harvey’s crying Christmas day story to Sinatra about one happy summer from long ago. It ends with him crying into Sinatra’s arms, “I was lovable. I am lovable.” He knows something is wrong but he cannot put his finger on it and it is driving him crazy.

Angela Lansbury set the standard here for playing the domineering wife and mother. Over the course of the film she gives her husband commands with less and less respect as the story plays out. “Get out there and say what you’re supposed to say.” Becomes, “I keep telling you not to think.” And then finally, “Run along. The grownups have to talk.” She pretty much uses his testicles as earrings.

Sinatra gives one of his best performances. You never forget you are watching the chairman of the board but he is nothing less than spot on. He leads the audience through an elaborate maze of deception, slowly uncovering one truth after another. He wants to know what is going on and so does the audience.

The Manchurian Candidate will have you guessing and thinking. If you follow politics at all, you will see reflections of reality in it. Look at the scene where Lansbury describes how the assassination will play out, turning a tragedy into a triumph, rallying Americans to a fevered pitch of patriotism that will give them, “…powers that will make Marshall Law look like anarchy.” Hmmm, kind of like George Bush passing the Patriot Act during the patriotic wave felt after 9/11.

The Manchurian Candidate is the greatest political thriller ever made! 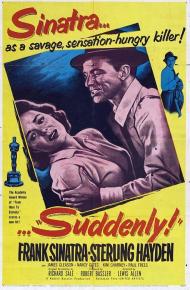 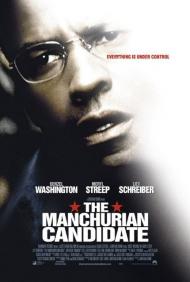