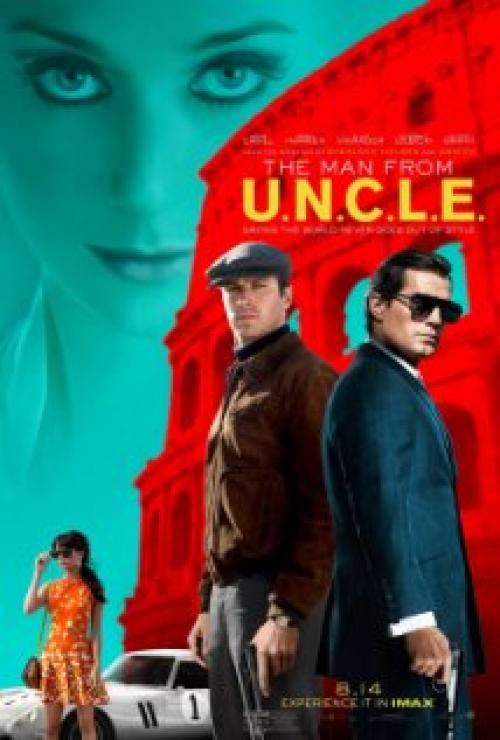 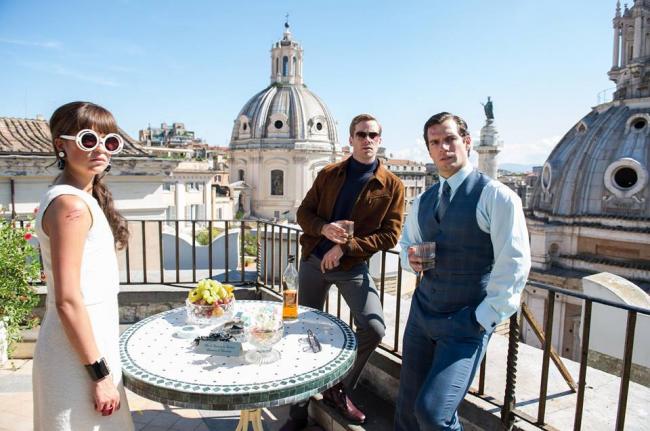 Alicia Vikander, Armie Hammer, and Henry Cavill in The Man from U.N.C.L.E.

2015 is seeing a major revival of the spy movie genre. We've already seen the release of Kingsman, Spy, and the latest Mission Impossible. Now we have this film and later this year sees the release of James Bond's Spectre. The most amazing thing about this run of films is just how entertaining they've all been and The Man from U.N.C.L.E. continues that trend of quality. It doesn't feature the most original plot, but it makes up for it with plenty of style.

Although the film is based on the television series of the same name that ran from 1964 to 1968, no knowledge of the series is necessary to enjoy this version. A big screen adaptation has been in the works since 1993, but languished in development hell, with various stars such as George Clooney and Tom Cruise attached over the years and directors like Quentin Tarantino and Steven Soderbergh set to direct at one time or another. It wasn't until 2013 when Guy Ritchie was brought onboard as co-writer and director that things finally got seriously moving on development.

Henry Cavill of Superman fame, stars as Napoleon Solo (a name created by Ian Fleming for the original series), an American CIA agent with a shady past as a thief. While working in Berlin, he is informed by his superior that a criminal organization has kidnapped a nuclear scientist who is working on the development of a new and more powerful nuclear weapon. Since it is in the interest of both America and Russia that this organization be stopped, Solo is assigned a Russian partner named Illya Kuryakin (Armie Hammer) to help him track down the missing weapon. They are assisted by East German Gaby Teller (up and coming "it" girl Alicia Vikander), the daughter of the missing scientist. This tired old James Bond plot, which Mike Meyers poked fun of in Austin Powers ("Oh hell, let’s just do what we always do. Hijack some nuclear weapons and hold the world hostage." - Dr. Evil), is the film's only real misstep.

One of the best decisions by the filmmakers was to keep the story set in the 1960s. It was done, they have said, to separate themselves from the other spy films in production, but it adds greatly to the style and the atmosphere. Certainly, it makes spying seem more glamorous and the Cold War is the perfect backdrop for espionage and seems more romantic than today's gritty and muddled political situation. The makers of the Bond films might consider moving him back to his proper element some day. The fashions, the cars and the politics certainly do help to make this film distinctive.

Although not an outright comedy, Ritchie does keep things light and amusing, while also maintaining real tension in the action scenes. There's a playful camaraderie between the film's stars and nice rivalry between the American and the Russian agent. The tone often moves quickly between action scenes and moments of comic relief, which keeps the pace of the film moving swiftly along. And the story is told in less than 2 hours, which also helps.

None of the three main stars get to use their normal accent. The British Cavill is playing the dandified American with a penchant for the finer things in life. Hammer, who is American, plays the Russian with father and temper issues. And the Swedish Vikander, plays the fiery East German. Considering that the movie really lives or dies on their chemistry, they all work wonderfully together and as much credit is due them as is due Guy Ritchie.

With all the sequels and remakes coming out of Hollywood, it's a rare movie that makes me want to see more, but this is just such a film. Keep the same cast and Guy Ritchie behind the camera and I'll gladly sign up to go on another mission with this crew. 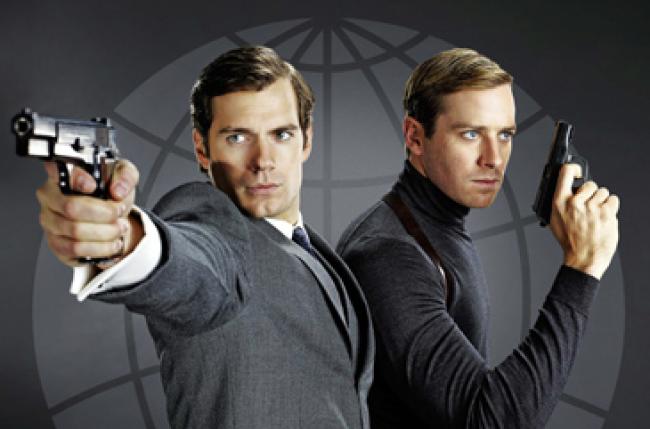 Henry Cavill and Armie Hammer in The Man from U.N.C.L.E.

The Man from U.N.C.L.E. is stylish, quick paced and completely entertaining. I could not agree more with Scott that the Cold War is the perfect backdrop for espionage films. Not only do today’s politics seem muddled compared to those days of yore, the lack of modern technology ups the action quotient. Spying today is done more by drones, listening in on phones, reading texts and looking at suspect’s online history. In the 1950s and 60s, agents actually had to be in the field, get their hands dirty and risk life and limb.

Guy Ritchie co-wrote and directed a story that, although typical to the genre, still stands uniquely on its own. Most spy films feature a secret agent alone against great odds, while here we have a partnership and a third party love interest. It is the developing friendship of Napoleon Solo and Illya Kuryakin, as well as the growing sexual tension between Gaby Teller and Illya, which gives the audience something to emotionally connect with.

Napoleon is an American version of the original James Bond. He sleeps with hot exotic women on both sides of the law. Illya is a bit less stereotypical, but only a bit. He is the strong quiet type with insecurities and anger issues. Some of the films better moments involve his unrequited relationship with Gaby. There are several sexual innuendoes and one of the best involves Illya checking to see if a microphone on Gaby’s upper thigh is switched on. After Illya has removed his hands from under Gaby’s skirt, Napoleon walks in and asks, “Are we turned on then?”

Armie Hammer and Henry Cavill have leading man good looks but neither has been noted for their acting. Here I was a bit impressed by Hammer. He plays a stoic assassin who also has some emotional depth. Due to the script and Hammer’s subtle performance, we see Illya blossom on a personal level. His growing attraction to Gaby and developing friendship with an enemy humanizes the story.

As for Henry Cavill, I have far less positive things to write. I love Man of Steel and recognize that Henry is one handsome man but he continues to struggle with emoting. There is a moment where a villain tells him to sarcastically “…entertain me.” Something devastating then happens, cueing Cavill to deliver the line, “How is that for entertainment?” He reads the line flat when he should have emphasized the word, “that”. I get that Cavill is playing a guy who stays cool under pressure but we need to see some chinks in his armor. The closest we get is when Napoleon makes a kind gesture to Illya but never do we see an actual character flaw.

Hopefully there will be a sequel as I would love to spend more time with these men and girl from U.N.C.L.E. I am interested to see how Gaby and Illya develop their feelings for each other. I would also like to see if Napoleon Solo can become a more well-rounded character.