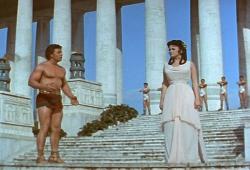 Mickey Hargitay and Jayne Mansfield in The Loves of Hercules

For a brief time as a child, I would stay up late with our father to watch movies on his black and white television. I remember sitting on our couch alone with my dad late at night watching such movies as Li’l Abner and The Night of the Living Dead. I recall being excited to stay up one night with him to watch a Hercules movie. Our father told me it starred an actress he simply nick named, “Big ones.” I made it as far as the scene where Hercules and Queen Deianira first meet before I fell asleep. See photo. After coming across The Loves of Hercules on NETFLIX, I figured it was time I finished watching the movie.

Noted body builder, Mickey Hargitay, stars as the legendary ancient warrior. While Hercules is off getting advice from a seer, his village and his wife are killed by the king of Ecalia. Hercules seeks revenge but when he arrives in Escalia he discovers that the king is dead and Escalia is now ruled by queen Dianira, played by Hargitay’s wife Jayne Mansfield. Hercules, of course, falls for her but Dianira has been promised to another man.

There is a side plot about a power struggle for Dianira’s throne but it merely slows down an already dreadfully paced mess. The action is sparse and the special effects are laughable. The Hydra is a pathetic, giant puppet. The best thing I can say about this film is that some of the outside location scenes have nice backgrounds. It was filmed in Italy.

The worst aspect is the acting by the two stars. Mansfield over acts every chance she gets but at least she seems to be putting some effort into it. Hargitay simply recites his lines and hits his mark. The only thing they each had going for them was their bodies. Falling asleep during this movie was a blessing in disguise as it is not worth watching. Mansfield does not even wear any outfits that reveal her big ones.

The Loves of Hercules is so bad it did not even get a theatrical release in the United States. It went straight to television in 1966 where, for a few years thereafter, made some appearances on the late late show. 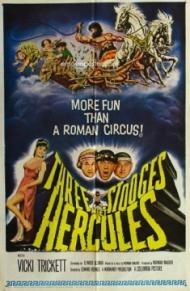 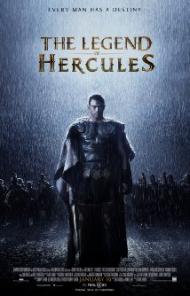 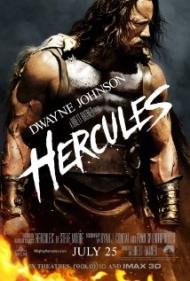