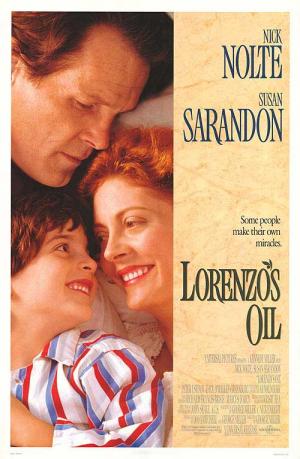 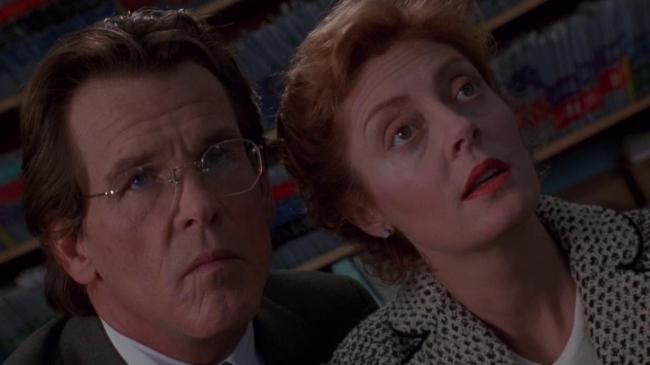 Lorenzo's Oil is both heartbreaking and uplifting. It's based on the true story of a family afflicted with a rare disease. Susan Sarandon and Nick Nolte star as Michaela and Augusto Odone, parents of a young boy named Lorenzo. When the story begins the Odones are leading happy lives in Africa. Shortly after they return to the states however, Lorenzo begins exhibiting disturbing behavior in class. This leads to the eventual diagnosis of a rare disease called ALD. As a result, Lorenzo and his parents travel through hell together, making all the stops along the way. With very little help from the medical community, Augusto and Michaela take it upon themselves to find a cure.

Lorenzo's Oil is the last movie you might expect George -Mad Max- Miller to make but nonetheless he directed it. And very well, I might add. It takes place over the course of a few years in the 1980s. The story moves along at a nice clip. In fact it plays out as a race against time (maybe that's what attracted Miller to it?). Lorenzo is given 2 years to live and he grows progressively sicker as his father drives himself to unbelievable lengths to find some way to save his son's life. What the real Augusto Odone accomplished with no prior medical training, is ridiculously amazing. Michaela, meanwhile, steadfastly demonstrates the unbreakable love of a mother for her child.

Sarandon was Oscar nominated and deservedly so. This just might be her most intense performance. Nolte is good but too often you can see him acting. He overdoes it on more than one occasion and the less said about his “Italian” accent, the better. As for Lorenzo, Zack O'Malley Greenburg gives one of the greatest, most gut wrenching performances I've ever seen a child actor give. You really believe him in every single frame of film. His acting really adds to the pain of watching as Lorenzo grows progressively sicker and sicker.

Of the many stories based on true life that Hollywood has made over the years, Lorenzo's Oil stands out as being truly worthy. And there was very little need to add any extra melodrama. What the Odone's went through and accomplished is a matter of public record. This movie stands as a testament to their courage, tenacity and the unlimited potential of the human spirit. Be sure to have some tissue handy though, cause you're gonna need it.