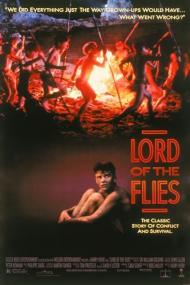 Ralph, Piggy and Jack in Lord of the Flies.

This remake of the classic 1963 movie, which was itself based on the classic Sir William Golding novel, is pretty awful. They changed the boy’s nationality from English to American, updated the story to the present time (1990) and added a token black and Hispanic kid. They also had the pilot of the plane survive for part of the movie in a feverish delirium.

Other than that they stayed pretty true to the story of a group of school boys stranded on a deserted tropical island, who quickly revert to a primal state in the absence of adult supervision. The main theme of the story (besides how thin the line between our civilized and savage natures is) is how fear is used to control others. Jack invents a “beast” to control the other kids. He then turns hunting into almost a religion. It is a tribute to the enduring strength of the story Golding wrote that even this abysmal remake can’t completely destroy it.

My brother Scott complained about how the original movie failed to fully explore the underlying psychological aspects of the book. Well this version commits that sin ten times worse. Like the older movie, Simon’s pivotal scene from the novel is missing. In fact none of the boys’ inner thoughts are ever addressed.

The boys are students at a military academy. They walk around doing marine chants and acting like soldiers. In the original they were all incredibly polite and civilized at the beginning, which adds much to their descent into savagery. In this version their behavior doesn’t really change that much. They already swear and act like spoiled brats. Hearing them say “fuck” and “shit” adds nothing to the story. In fact it dumbs it down. This is more of an action movie and the relationship between Ralph and Piggy is given the Hollywood treatment.

In the original movie, as well as the book, Jack is older and bigger than Ralph. Here though they are much closer physically. The scene where Ralph fights Jack in this movie lacks the tension of the other version where it was more of a David and Goliath moment. Balthazar Getty plays Ralph. Of all the boys in the cast he has gone on to have the most successful acting career.

The one way this movie surpasses the first is in its production values. It was beautifully shot in color and the action scenes are much more realistic and graphic. To me though, the original is much more disturbing. I remember seeing this movie with my brother Eric when it came out. I was familiar with the story but hadn’t yet read the book or seen the original. In my youthful ignorance I remember enjoying it. Now I know better.

Although the story is so damn powerful that the ending still packs a wallop, avoid this version at all costs. Do yourself a favor and read the book or watch the original instead. You’ll thank me later. 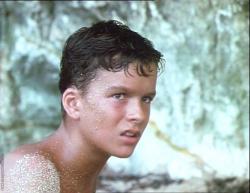 Ralph wept for the end of innocence, the darkness of man's heart, and the fall through the air of a true, wise friend called Piggy.

Patrick, I'm going to have to respectfully disagree with you. I found this version, despite changing more elements from the book, to be the superior film. Although I should hasten to add that like the 1963 version it fails to explore the depths and subtext of the original novel.

The most obvious improvement is in the production values of course. Filming in color with, presumably, a much bigger budget and with more modern technology allows the movie to look much more realistic. Although despite that, I will say that too often the camera stays in tight and we rarely get sweeping vista shots of the island.

I also enjoyed the acting more in this version. Don't get me wrong. Some of the child actors are better than others and some are quite bad. Balthazar Getty is much better as Ralph than Chris Furrh is as Jack for example. I also wonder if the movie was shot in order because the acting seems to get better as it goes along.

Patrick, I'm not sure why you think Jack should be older and bigger than Ralph. Although the book is vague about details, it hints that they're same age and it specifically says that Jack is a scrawny boy. He's never meant to be physically imposing on his own. It's always my impression that in a one on one fight that Ralph would win every time, but Jack always has the power of the mob on his side.

There are many things this version gets wrong and I completely agree with you Patrick that having the boys be from a military school is a bad idea. They're supposed to be ordinary children and in the book quite upper class, but here, as you say Patrick, they're already half way to being savages when the story begins. Having the boys all know each other when the story begins and by giving them ranks and a preordained hierarchy also alters the dynamics of their relationships.

Although there's much less subtext here, there is one scene that approaches the theme of the book and that is when on the morning after Jack and his group have stolen Piggy's glasses, Piggy and Ralph have a talk where Piggy says, "We did everything just the way grownups would have. Why didn't it work?" And then later in the conversation he tells Ralph, "I can't see." But he's no longer talking about the absence of his glasses. One line missing is one spoken by Simon, who is the character who suffers the most in both the cinematic versions, when he says during the argument about whether or not the beast exists, "Maybe there is a beast..maybe it's only us."

I would always, always recommend that someone read the book instead of watching either film version since it is a literary masterpiece, but I would recommend this one over the 1963 version. 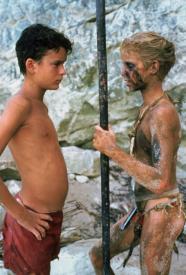 As Scott wrote, the novel is a masterpiece, and as much as it pains me to write this, I liked the opening of this film better than that of the book. In the novel a plane crashes on an island, gently sets the boys down on dry land and then proceeds to disappear into the ocean.  How is that even possible without any boy even being the least bit hurt in the process?  Here the plane crashes into the ocean and the boys take an inflatable raft to the island.  It makes more sense, except the raft is never shown again.  It would have made a perfect roof for a shelter.

This version is riddled with flaws.  First and foremost is that, as my brother's wrote, the boys already know each other and a hierarchy has been established long before they ever got to the island.  A huge theme of the book is different boys with different ideals trying to create a society.  These boys are all from a military academy.  They already have much in common and understand rank and order.  They have nothing to create but a fire and a place to sleep.  The plane captain should have never been shown either.

Taking a line from the book, Piggy asks during the first assembly of the boys, "Who knows we're here?"   Taking place in 1990, it would not be hard to locate the boys.  A plane carrying school children would have had a flight plan.  There would have been search parties all over the place, starting at the last place the plane went off anyone's radar.     It never says how far the island was to the crash site, but it makes it seem pretty close.  The book spoke vaguely of a war going on that would distract from a search party, while no such war is mentioned here.    In one scene, a helicopter is shown flying very close to the island.  If it is part of a search party, why the hell would it not fly over the island?  Even if it was just out for a joy ride, why would it not fly over the island just for a change of scenery?

This screenplay also brings up a subject it should have left out.  Ralph and Jack talk briefly about girls and sex.   Early on, the boys sing the classic military marching song, "Mama mama can't you see..."  It's most famous line is not included here but anyone who knows the song knows it. "They took away my pick-up truck, and the girl I used to..."  The novel never makes the vaguest reference to sex as the boys are prepubescent.  The boys are a bit older here and by acknowledging the boys have a curiosity about sex brings up possibilities that should only exist in prison movies.

Patrick mentioned that Jack invents the "Beast" to scare the younger boys at a campfire.  In the book, it starts with the younger boys creating a fictitious threat in the jungle, they name the "beast" as a manifestation for their own natural fears of the unknown.  Eventually even the older boys start to question it's existence.  It plays a huge part in the book.  It is entirely rewritten here.

Some of the characters get horribly rewritten.  Jack Merridew of the book was in a choir.   This Jack is a bad boy who was sent to military school.  The book Jack is the most important character with the biggest story arc.  Here Jack has no story arc what-so-ever.  He starts out as a jerk and never changes.  In the novel, the twins Sam and Eric finish each other's lines and every one else views them as one entity, nicknamed Samneric.  Here they argue at one point.  When one asks a question the other says, "Who cares?"  and the other responds, "Okay Dork, I was just asking!"

If you are assigned to read "The Lord of the Flies" and think you can get away with just watching this movie, you will likely not get a decent grade.  The 1963 version follows the novel better, but I recommend just reading the book.  When I first saw this film with Patrick, I had yet to read the book, which is vastly superior to the butchering this screenplay did to it's source material. 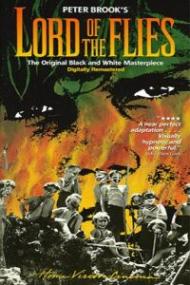