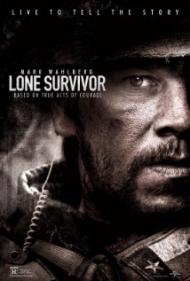 There is something fantastically emotional about a movie based on a true story of survival under extreme circumstances. Knowing that people actually experienced something similar to the extraordinarily frightening events I am witnessing from the safety of a movie theater is truly transcendental.

In June, 2005, a Navy SEAL team was assigned a mission to capture an al Qaeda leader, Ahmad Shahd. The four man team is shown confidentially making their way through the mountainous terrain to the small village their target is holed up in.  Here is where their plans walk into a problem. They run into some goat herders whom they quickly capture. They then must decide what to do with them.  Do they follow the rules of engagement or think of their safety first?

Their decision leads to a lengthy fire fight with the Taliban in the rocky forest, in which only one soldier makes it out alive. As this is based on a true story, I am not spoiling anything. In fact, the very first scene reveals who that lone survivor is.

Before the action starts, we get to know each of the men. One has a wife currently redecorating their home while another is about to get married. Getting to know these guys as normal men makes each of their deaths all the more sad. The end of the film features photos of the real service men that died in the line of duty.

Director Peter Berg visited the families of the sailors featured. The father of Danny Dietz read Berg his son’s autopsy report that noted the 11 bullets that went into his son. Berg recalled that the father then told him, “That's who my son was. That's how hard he fought. Make sure you get that right.”

Although there is some debate over the details of how many enemy combatants there were that day, Berg did get the mood and emotions of men under fire right. These men were as brave as possible while being scared out of their minds. I felt the tension and the adrenaline rush as these men slowly begin to see just how dire their situation is.

Other than Wahlberg and Bana, the familiar cast disappeared behind beards and uniforms. I did not see movie stars but soldiers fighting for their lives. Lone Survivor is a tribute to men in uniform and the integrity of a band of brothers under fire. 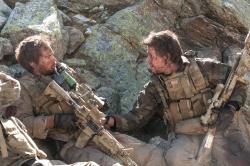 Knowing that a movie is based on a true story can influence your opinion of it. For instance, if I were to consider this movie strictly as a work of fiction, I would have no problem passing judgement on it as a mediocre film. However, knowing that it is based on real facts and that four American soldiers did go through something close to what is represented in this film, does add an extra layer to it and force me to reconsider my opinion.

As Eric wrote, the number of enemy soldiers involved in real life compared to the number shown in the film has been disputed. There are also other plot points that were outright invented for the film while other events took place out of Marcus Luttrell's presence that he is a witness to in the film. However, those who make a big deal out of this or point it out like it's a conspiracy, are missing the point. This is a work of fiction, not a documentary. It's trying to convey the essence of what happened rather than every tiny detail. The only fault with this method of storytelling is when those involved in the film try to portray it as 100% accurate. It's the same with every film that is "based" on a true story.

Considering this strictly as a work of fiction, I'm forced to say that these characters come across as cliches. The script is carefully written to portray these guys as just your average American blue collar guys and ultimately they all seem pretty interchangable. There's not much to distinguish one of them from the other. The dialogue tries to be folksy and normal, but just feels forced. This is how Hollywood thinks these types of guys talk and it doesn't sound genuine.

Again, only considering this as a work of fiction, the battle scene drags on for far too long, particularly when you already know that three of these guys are going to die. Director Peter Berg seems to relish filming slow motion bullet wounds with blood spattering slowly as the soldier's bodies are penetrated repeatedly. It begins to feel sadistic and voyeuristic as the battle drags on and on.

Wahlberg does do a decent job in the lead role. He manages to bring a desperation to the part as he struggles to survive while his brothers-in-arms are being killed around him. Out of the other soldiers, it is Ben Foster who brings the most intensity to his supporting part. However, this is a movie more concerned with gunfights than emotion or nuanced performances.

Lone Survivor is a tribute to men in uniform and the integrity of a band of brothers under fire, but that doesn't automatically give it a free pass from criticism. I have nothing but respect for the Navy Seals who are repesented in this film. Those who died and the man who survived. The real life Marcus Luttrell, who has a cameo in this film, more than did his duty. Re-enlisting after his injuries were mostly healed until further injuries in Iraq forced him to retire. He is an American hero. However, that doesn't mean that this fictionalized version of his story is a perfect film. To be honest, instead of feeling moved at the film's end, I was mostly just bored. Instead of feeling emotional, I felt as though I had just watched someone play Call of Duty for 2 hours.

It wasn't until the very end, when the photos of the real soldiers were shown that I felt genuine emotion. I think I would have enjoyed a documentary on the subject more than this fictionalized version of events. 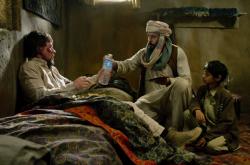 The number of enemy combatants may have been exaggerated for this movie but in other ways the battle these men fought has been toned down. In real life the fire fight between the four Navy Seals and (however many) Taliban lasted longer than a single afternoon. The entire ordeal that Marcus Luttrell survived lasted for five agonizing days. The movie shows him as being able to limp along after the battle but in actuality his injuries were so severe that he was temporarily paralyzed from the chest down. For nine grueling hours he crawled along the ground. He would draw a line in the sand with his knife, crawl over it, then repeat the process. Marcus Luttrell has one hell of a strong will to live.

I thought it began slowly, although I think the opening scenes depicting the rigorous training these soldiers undergo are important for the story. The first 30 minutes could have been trimmed a bit and it is such a cliché in war pictures to introduce the men before they see combat. Since this movie is trying for a higher level of realism it should have begun with them heading out on that ill-fated mission. We could have learned everything we needed to know about these men en-route.

I agree with Scott about the lack of character development and the fact that these men, as shown here, lack individual personalities. I was still thoroughly engrossed in their story and 100% emotionally invested in their fates; even though I already knew the outcome.

These soldiers were not only heroes, their actions were noble. They could very easily have shot and killed the goat herders or simply tied them up and left them on that mountain to face their fate once the sun set. Instead they took the moral highroad and paid a very high price for it. But isn't that what America, at its highest ideal, stands for?

I readily admit that I've never played Call of Duty, but I didn't see anything remotely video game-ish about the action scenes. I found them to be intense and quite realistic, especially in comparison to most movies where, quite often, dozens of rounds are fired without anyone getting hit. These guys take bullet after bullet but never falter. This is where the scenes of them training from the beginning of the movie come into play. Where most men would have given up, these highly trained soldiers constantly regroup and continue to return fire. They formulate well-coordinated movements and never stop looking out for each other. They place their fellow soldiers' well-being over their own safety.

The climax of the movie in the village adds another level to the emotional intensity of the story. We are shown that not everyone in Afghanistan is a terrorist or out to kill Americans. Of all the photographs shown at the end of the movie I was the most affected by the one showing Marcus reunited with Gulab in 2010. As corny as it may sound their bond of friendship gives me hope for humanity. 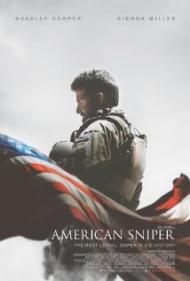