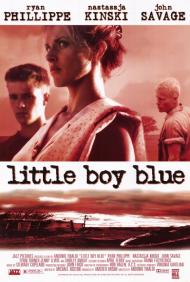 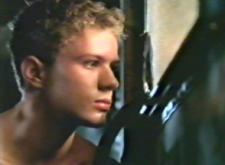 Having enjoyed Ryan Phillipe's performances in Crash and Cruel Intentions, I decided to rent what seemed to be his star-making role, Little Boy Blue. I had no idea what this movie was about, but it has stayed with me ever since.

Jimmy is just out of high-school. He was a star player on the school baseball team. His rich girlfriend's family has offered to pay his way to college, but he does not wish to leave his much younger brothers at the hands of his abusive, Vietnam veteran, father and complacent mother. Early in the movie, Jimmy's girlfriend offers herself sexually to Jimmy but he refuses. Is he gay? Is he a nervous virgin? A few scenes later we discover that Jimmy has some secrets that he can't share with her.

His mother works at a bar where his dad, who apparently lives on checks from the government, hangs out. His dad kills a stranger in town who asks too many questions. That night, he comes home with his wife and pulls a gun on Jimmy. He tells him and his wife to have sex in the back of the station wagon. They go about it as if this is not the first time. More secrets get revealed and discovered as the layers of this family's dysfunction are pealed away. I can't reveal to much but not everyone comes out of this alive.

Phillipe does a great job. His Jimmy carries many emotional burdens throughout the movie. One big obvious one is that part of him enjoys the incestual relationship. Lets be honest. A man is not going to get it up with someone holding a gun to his head yelling "do it" unless he enjoys it. Phillipe disappears for the last 20 minutes of the movie and it suffers for it. He is the heart and soul of the story and his absence leaves a void.

The subject matter is very mature and plays out like a train wreck. It is all very sad and disgusting but you cannot stop watching. Although most of the big questions get answered, there are a few points that get over looked. Just why is the mother so complacent? Dad is crazy. Jimmy is mentally screwed up by what his dad has done, but the mother's motives are left in the dark.

Little Boy Blue is not a perfectly crafted film, but it will keep you watching.