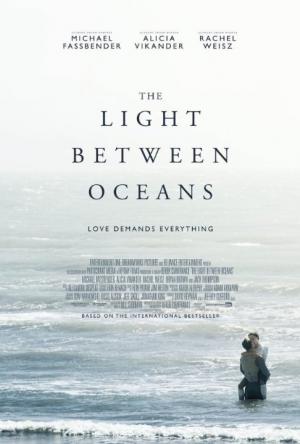 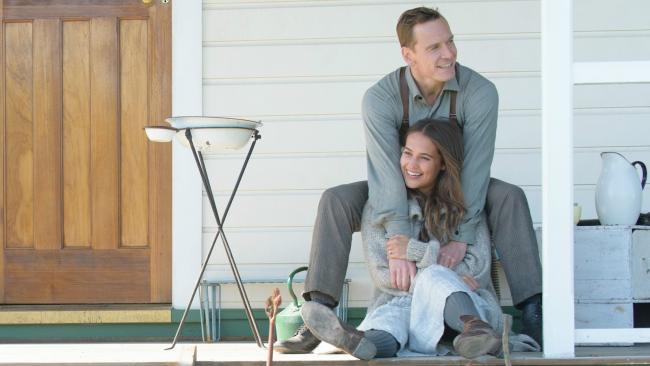 Michael Fassbender and Alicia Vikander in The Light Between Two Oceans.

The tearjerker genre is not my favorite genre of film. A movie whose sole purpose is to wring tears out of its audience just doesn't naturally appeal to me. However, I was attracted to The Light Between Oceans by its cast and by the fact that in the early September movie dumping ground there really isn't much else to see. Thanks to the reliably good performances by Fassbender, Vikander, and Weisz, along with some beautiful cinematography, I did end up enjoying the film, despite its near constant attempts at tugging at your heartstrings and overly slow pacing.

Fassbender plays Tom, a man deeply affected by his experiences in World War I. He takes a job as a lighthouse keeper on a remote island off the coast of Western Australia. Before taking up his post, he stops over in a small town on the mainland where he meets young Isabel (Vikander) with whom he shares an instant attraction. After a very brief romance, the two are wed and Isabel joins Tom on his island where they immediately try to have a baby, but two miscarriages soon follow. When, following the second miscarriage, a dinghy is washed up on the island containing a dead man and a live baby, Isabel is convinced that it is providence providing her with the baby she so desperately wants. She convinces Tom to bury the dead man and not report the incident. She suggests that they simply tell everyone that the baby is their own. Tom reluctantly agrees and life is tranquil and joyful for a while, until Tom, unbeknownst to Isabel, discovers the identity of the child's surviving mother. His guilt begins to eat away at his conscience.

As the tabloids have made known, Vikander and Fassbender began a relationship during filming, helped no doubt by director Derek Cianfrance's insistence that the two of them live together for six weeks prior to filming. The two definitely share a chemistry and believably play the part of two people deeply in love, which is good because the script does little to provide the details of their romance. Apart from Tom being the only eligible man Isabel has encountered, and Isabel's physical beauty, little other reason is given to suggest why the fall madly in love with each other. Fassbender also seems a little too old for the part. As their real life relationship proves, not because he's 12 years older than Vikander, but because he's 39 years old in real life, while Tom seems like a much younger man and I wasn't surprised to learn that in the original novel upon which the film is based, his character was just 28.

Cianfrance has an eye for shooting scenes that take advantage of the beauty of the ocean. There are many soothing and artistic shots of the sea and the play of sunlight on the waves and the water. However, with a 2 hour and 12 minute running time, a few less of these shots would have improved the film's pacing, which is dreadfully slow, particularly in the early going. The main thrust of the plot doesn't begin until the baby is found in the boat, and yet it takes far too long to reach that point.

The novel the script was adapted from was published in 2012, but the themes of morality it presents feel out of date in the modern world. They are more reminiscent of the novels of Thomas Hardy than they are of bestsellers today. And the bigger the fan you are of those types of works, the better you are likely to enjoy this film. It is those with the patience for it and those who enjoy a good cry during a movie, that The Light Between Oceans will most likely appeal.