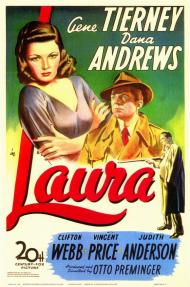 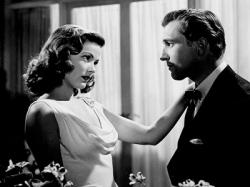 Laura is a fine example of 1940's film noir. Released in 1944, directed by Otto Preminger, and featuring a very successful title song written by David Raksin and Johnny Mercer, Laura is a classic movie in every sense of the word.

The story involves the murder of a beautiful New York advertising executive and the men in her life who suddenly find themselves suspects. Gene Tierney was absolutely gorgeous. She perfectly embodies the character of Laura. The portrait of her that hangs in her apartment plays a big part in the movie. Detective Mark McPherson (Dana Andrews) begins falling in love with the woman whose murder he is investigating.

Clifton Webb was Oscar nominated for his role as Waldo Lydecker. This character was based on the acerbic critic Alexander Woollcott (he was a popular “type" in those days, Monty Woolley played Sheridan Whiteside, another version of Woollcott in 1942's The Man Who Came to Dinner and All About Eve's Addison DeWitt was also said to have been based on him). He spouts lines like, "I don't use a pen. I write with a goose quill dipped in venom." And, "In my case, self-absorption is completely justified. I have never discovered any other subject quite so worthy of my attention."

Laura clocks in at under an-hour-and-a-half. The pacing is brilliant and the story features some surprising twists. Still the murderer is apparent long before the conclusion. The supporting cast includes a rather melodramatic Vincent Price and the wonderful stage actress Judith Anderson.

The men in the movie are all given fairly well-rounded personalities. It is only the enigmatic Laura that we are never allowed to really know. Whether this was just bad screenwriting or an intentional device used by the director, I don't know, but it works. Each man sees reflected in Laura what they desire her to be.

Now Clifton Webb was pretty well known to be gay, which in itself was pretty remarkable for the time period. It is very easy to read his character as gay. Does he really lust for Laura or does he want to live vicariously through her? He does seem smitten with Dana Andrews. And what's up with his bath scene at the beginning of the movie? Anyway, it gives the movie an interesting subtext that might not have existed if another actor had played the role.

Laura is another “must see" for any movie buff. 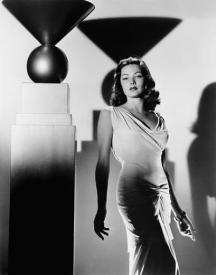 Waldo was obviously a gay character. When Andrews asks Webb if he was in love with Laura, Webb responds vaguely that she made him want to be a better person. The bath tub scene is an obvious hint of his sexuality. He invites Andrews into his bathroom instead of getting dressed first. Note that he asks Andrews to hand him a wash cloth that he never even uses. Andrews throws the cloth into the tub from a distance. Both men were sending the other a message. If that were not enough, look at how cold and rude Waldo was when, in a flashback, he met Laura. A straight man would have been much more forgiving of such a gorgeous woman interrupting a lunch he was having alone.

You want more evidence? Look at the scene cut from the original version but restored in 1990. After Laura and Webb become friends, he tells her how to wear her hair and picks out her clothes to make her look more fashionable. Webb narrates during a makeover montage, “Laura had innate breeding, but she deferred to my judgment and taste. I selected a more attractive hairdress for her. I taught her what clothes were more becoming to her.” If that is not a gay stereotype, I do not know what is.

Laura begins with Webb narrating, “I shall never forget the weekend Laura died…” We then meet Dana Andrews playing Mark, a detective who questions those who knew Laura and through flashbacks we get to meet her. He begins to piece together what happened to the lovely young Laura and, as Patrick wrote, begins to fall in love with the image presented to him of a woman he has never met.

Mark is a typical tough 1940s detective. “I suspect nobody and everybody. I am strictly trying to get at the truth.” Like all of those Humphrey Bogart characters, Mark is an apparent loner with an empty heart waiting to be filled by a woman’s love. The film's best scene is when he sits alone in Laura’s apartment having a drink, while he stares up at her painting. Dana Andrews had a 45 year acting career but it was only between 1944-1946 that his star shown so bright.

Gene Tierney’s career practically mimicked Andrews. It lasted almost as long and the height of her career was nearly as short. The role of Laura reminded me of Rita Hayworth in Gilda (1947). Both films are based around a strong female lead using her charm to get her way. Both roles were played by breathtakingly beautiful actresses who make mush out of men. Gene Tierney had a face like no other. Those lips, eyes and cheek bones look as if they were kissed by God himself. With the exception of Hayworth, no other actress form the 1940s ever looked so good.

Patrick, I do not think Laura remaining mostly an enigma was a result of poor writing but, as you wrote, a reflection of how each man saw her. I think Waldo was living through her, as you suggested. Shelby was just after a good time. Only Mark truly felt a genuine attraction for her.

Laura is a classic and for good reason. With such innovative writing, a great cast and, as Patrick noted, a lean running time, this is one of the best films of its time. 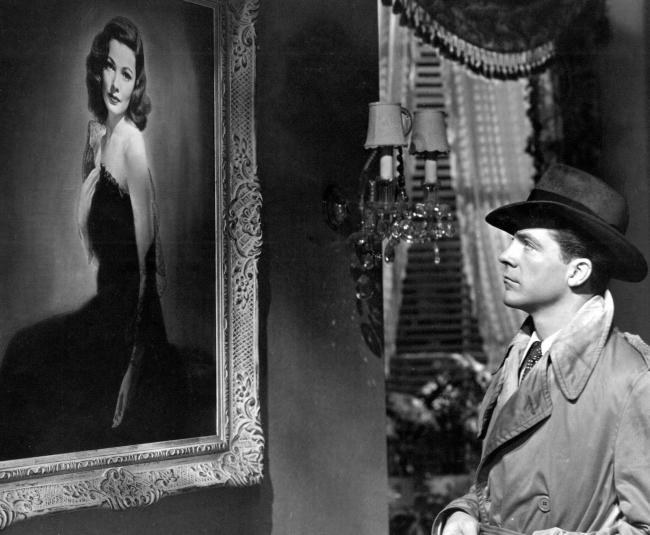 Although Laura is now rightly considered a classic of the 1940s, it began as a troubled B-Movie. Director Otto Preminger first saw the potential to adapt Laura for the silver screen from the successful novel by Vera Caspary, but due to an acrimonious relationship with 20th Century Fox studio head Darryl Zanuck, he almost didn't get his chance to direct it. When the film went into production, upgraded into an A-picture, Preminger was producing but at the behest of Zanuck, Rouben Mamoulian was behind the camera. After two weeks of shooting, Preminger was so disappointed by the dailies he was seeing that he finally managed to persuade Zanuck to fire Mamoulian, and put him in the director's chair. The result was a critical and financial success, nominated for 5 Academy Awards.

Neither of my brothers mentioned the film's famous score, which includes "Laura's Theme". This jazzy piece of music became so popular that a year later Johnny Mercer added lyrics and it has since become a Jazz standard, recorded by the likes of Frank Sinatra and Ella Fitzgerald. This haunting tune is played several times throughout the film. Hedy Lamarr was once asked why she turned down the part of Laura and she famously replied, "Because they sent me the script, not the score."

Tierney was also hesitant about accepting the role, seeing it as essentially a small part. Technically she's correct. Her screen time, especially compared to her male co-stars, is quite small, yet she looms over the entire film in the same way that the painting of her (in reality a photograph of Tierney made up to look like a painting) looms over her apartment. I definitely agree that the decision to leave her as an enigma was deliberate. This is a movie about a woman as seen through the eyes of three different men. Eric might be right that only Mark felt a genuine attraction for her, but he no more knows the real Laura than we do. He has completely idealized her based on that painting and the glimpses he has gained of her through her letters and diaries. He falls in love with her without even meeting her.

Although I agree that the bathtub scene between Webb and Andrews is suggestive, and there's definitely a subtext to Webb's character, I think it's an oversimplification to say that he is just a gay man living vicariously through Laura. If it were that simple, why would he be so jealous of all the other men in Laura's life? Wouldn't he want her to date them, if he was living vicariously through her? I believe he was genuinely in love with Laura even if it wasn't a sexual love. It was still a jealous love and he resented her spending time with anyone else or, most especially, being influenced by anyone else but him. I think he saw her as a pet or a living doll, whom he could groom and teach. When they first met, she needed that grooming and his teachings, but by the time the film starts, Laura had learned all he could teach her. I think he would have been just as jealous of another woman, if she gained an influence over Laura.

This is one of those films that is so good that it can overcome a few weak plot points. There's no logical reason, for example, for Andrews' character to return the shotgun to its hiding place once he has found it. But little moments like that are easy to overlook when everything else about this movie is so perfect. The black and white cinematography, the haunting score, each actor who was so perfectly cast, and a plot that features a great twist, and all of it packed into 90 minutes, make this a definite classic.