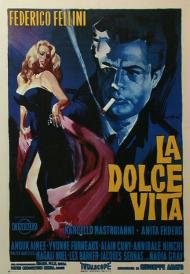 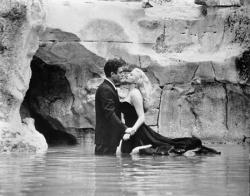 This one is a masterpiece. Way ahead of its time and quite prophetic in its depiction of a self-loathing tabloid journalist in Rome and the various women in his life. Visually unforgettable from the opening shot of a statue of Jesus being flown suspended from a helicopter to the final scene of a giant rotting fish washed ashore. This movie drips with symbolism.

Marcello Mastroianni is brilliant in the lead role conveying just the right sense of cynicism and helplessness at the world he finds himself in.

The story is told in a series of vignettes. There is the scene where two young children claim to have seen a vision of the Virgin Mary in an olive tree; which ends up being literally torn to bits by the fanatical crowd in a religious fervor. The most famous scene in terms of pop culture is surely Marcello and the well-endowed Anita Ekberg romping in the Trevi Fountain. There is also a painful scene with his father that says much about the frustrations of aging.

Just how ahead of its time was La Dolce Vita? The photographer who accompanies Marcello around Rome is named Paparazzo, today we say paparazzi. Also how often today do we read in the papers about a parent killing his or her children and then committing suicide. Unfortunately this has become way too common. Audiences must have been quite shocked by this scene when they first saw this movie over forty years ago. The shock value may be gone but this scene is even more powerful and poignant in light of the world we now live in.

Okay, so this might not be a movie that bares repeat viewing but for those who enjoy a cinematic experience that raises more questions than it answers, then La Dolce Vita comes highly recommended. 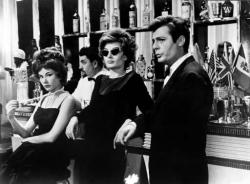 Masterpiece my ass! This loooooooooooooooooong movie, while containing some well done visuals, is so completely boring that any interest you might have is completely washed away 20 minutes or so into the movie.

It contains virtually no plot whatsoever. It is as Patrick said, a series of vignettes. It's like a collection of short stories strung together claiming to be a novel. Some of the stories are interesting, some are enjoyable, some are mystifying by their inclusion, and some are just dull as a box of rocks. And most of them are completely unconnected. Patrick mentions the opening scene of the Christ figure being carried by a helicopter. What the hell does it have to do with the movie? And what about the scene with the children who see the Virgin Mary? The point of that scene is what exactly? If I hadn't known this movie was directed by an 'artist', I would have assumed it was an amateur's first attempt at directing.

This is considered an Art House Movie. Oh how I hate that term. Call a movie art and suddenly it's critic proof. 'Didn't like it? You must not have understood it.' I have nothing against a movie that makes me think. In fact, I prefer them. I am not someone who wants plots spoon-fed to me. Brazil, Twelve Monkeys, The Seventh Seal, Catch 22, all of these are so called Art House Movies that bear repeat viewing to truly understand them. They are also something else. They are all entertaining.

Is entertainment a dirty word? If a movie entertains you, is it less artistic? Whom did you learn more from in school, the teacher who managed to make their classes interesting and entertaining, or the one who bored you all with their in-depth analysis of whatever subject they happened to be teaching? The one who entertained you of course.

This movie may have symbolism, but it doesn't generate enough interest for me to try to figure out just what it's symbolizing. It might tell the story of a journalist's disillusionment with life, but he isn't presented as either likable enough, sympathetic, or interesting enough, for me to care what happens to him. Some of the camera angles and shots are interesting, and visually this movie is somewhat interesting, but I'm not a student of camera angles. Interesting visuals are superfluous to story telling and can not carry a movie on their own.

The reason I watch movies is to be entertained. If a movie is truly great, it will also make me think, either with a deep plot, symbolism, or multi-layered characters, but all of these things must be subordinate to the story and entertainment. If they are not, the movie has failed as La Dolce Vita does. 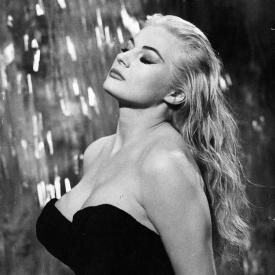 Where as I agree with Scott that this is no masterpiece, I do feel it is a movie worth at least one viewing. La Dolce Vita, translated The Sweet Life, is about the search for just that.

The movie asks many questions but never clearly answers them. Considering the length and commitment one must make to sit through this film you would expect a bigger payoff. It never really comes. The final shot of the dead fish to me only means the search is futile. If it means something else to you it is no fault of mine or yours, but of the film maker for not being clearer in his symbolism. 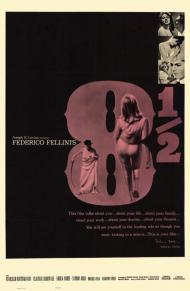 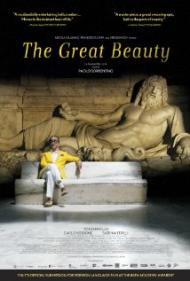