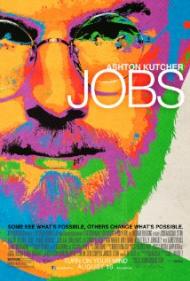 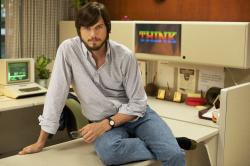 The story of Steve Jobs, one of the founders of Apple Computer, is a fascinating one. As is the history of the company itself. Eccentrics and characters abound, with enough clashing of giant egos to fill a Greek tragedy. There have been several excellent books that cover its history and Jobs. This, the first theatrical movie version (there was already a 1999 television movie called Pirates of Silicon Valley), covers most of the details, although it skips over a few and alters others, but it fails to get under the surface of the man and while we get a portrait of him, we never really learn what made him tick.

A concern expressed by many who knew Jobs before this movie was released, was that it would gloss over his bad points and treat him solely as the elder statesman, visionary he became in his later years. Those worries are allayed by the fact that Jobs is portrayed as an asshole throughout the film. His aggressive, my way or the highway attitude was legendary in Silicon Valley, particularly in the early days of Apple, and the movie doesn't shy away from that. One thing the movie does do however, is always make Steve right professionally. His failures barely get a mention. He's shown as a failure of a human being, but a total success as a visionary, when the truth was probably closer to being a mix of the two. Certainly, his business missteps are a matter of public record, but the script skims right past those.

The plot doesn't cover all of Jobs life, only the parts roughly connected to Apple. It hits the highlights of the company history, starting with its founding in Jobs' parents garage, the big investment and early success, the development of the Macintosh, Jobs ouster from the company he founded and his eventual triumphant return. The script does alter some of those events and leave out others, but in general it sticks fairly close to the truth. A few notable moments of the story of Apple are left out. No mention is made of Jobs and Woz's early criminal business of selling Blue Boxes that allowed users to make free long distance phone call. When Jobs refused to give Founder's Stock to several early employees (which is shown), Woz donated a portion of his own stock to 80 of those who were overlooked. And one of the biggest moments that's missed is Jobs visit to Xerox PARC where he first saw a computer driven by a graphical user interface. This film makes it look as though Jobs invented it and includes a scene where he accuses Bill Gates of stealing the idea from him, when of course Jobs was equally guilty of theft.

Kutcher does a good enough job of portraying Jobs. He does a decent impression and looks enough like the real Jobs to be convincing. However, it's a performance like the script, which is all about the surface. We never really learn what's going on underneath. Jobs was an adopted child and the movie hints briefly in an early scene that this bothered him, but later when his girlfriend gets pregnant, he denies paternity and breaks up with her instead. In a much later scene we are shown briefly that he's accepted her as a teenager, but we never see the reconciliation scene. He's portrayed as a bully on the job who is always convinced that he's right and everyone else is wrong. He's ruthless towards his "friends" and greedy with his money. The script never attempts to delve into his psyche and explain why he behaves this way. Was he trying to prove something to the parents who gave him up? Was he a spoiled child by the parents who couldn't give birth to a child of their own? Couldn't he handle the sudden success? Few people in history have ever risen so far so fast as he did. Jobs once said, "I was worth over a million dollars when I was 23 and over ten million dollars when I was 24, and over a hundred million dollars when I was 25." That kind of money and the fame that came with it has to have an effect on a personality, especially an egomaniacal one like Jobs.

As the surface story of the history of Apple, Jobs manages to entertain. As a character study however, it's severely lacking. 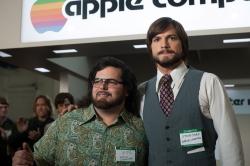 With the film's first flashback we learn that Steve Jobs was a hippie. That is, he liked Bob Dylan, did drugs, read eastern philosophy and liked going everywhere barefoot. Also, as Scott noted, we see that he was an arrogant, hard headed asshole.

After surrounding himself with the right people, Jobs started Apple Computer. He learned as he went. When he first sold the computer board to an electronics store, the owner tells him, “The average Joe does not want to build their own computer.” This gave Jobs the idea of making a complete home computer. The rest is history.

With that said, this movie works better as a history of the Apple home computer than a study on an individual. Yawn! As Scott wrote, Jobs is portrayed in a very negative light, be it true or false. Clearly this is what the film makers were going for. At one meeting he yells at some of his techies for not completing a task he wanted done that they saw as a minor issue. The scene could have played out to make us sympathetic to Jobs not having employees who see his vision. Instead it plays out to make him look like a son-of-a-bitch.

The issue of his paternity is also handled in a way that makes Jobs look like a complete douche bag. Again, maybe that is how he actually acted, but in no way do we learn why. Did he really think his girlfriend had affairs? Was he that insecure in their relationship? Was he so thoughtless as to think so little of the life he created?

Steve Jobs may have helped to change the way the world communicates electronically but as portrayed here, he had no tact when dealing with others on a personal level. Perhaps he was so good at his work because he was better at interface communication than interpersonal face to face communication. Either way, I did not like Steve Jobs as he was portrayed here. He may have been a jerk but, as Scott wrote, this movie never tells us why.

Even when Bill Gates steals Jobs’ software, the film does not make Jobs seem sympathetic. The second half of the movie shows Jobs struggling to deal with his business partners but it merely comes across as his comeuppance for all his wrongs. Did the film makers have some personal vendetta against Steve Jobs? The final 20 minutes throws him a bone, showing him as a happily married father. Where and how he met his wife as well as his reconciliation with his oldest child is never shown.

I wonder what the real Steve Jobs would have thought of this film. Then again, what does it matter? Considering that Steve Jobs died with a reported net worth of over $10 billion, he could afford to be the biggest asshole in the world. He made so many people so much money that he could treat anyone anyway he wanted.

Perhaps there is a reason why creations are more remembered than their creators. Do we really care who invented the wheel? He could have been a child murderer for all we know. Do we care who invented movies or television or elevators? The answer is, for the most part, no but we sure as hell are glad they did. Steve Jobs may have been a turd, but I certainly enjoy my IPod. 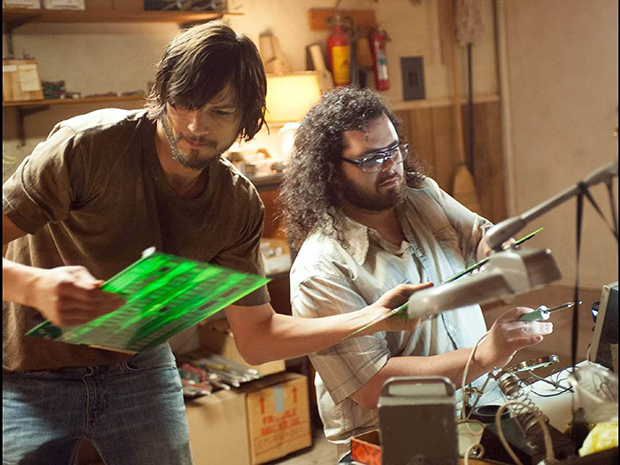 The screenplay is definitely what's wrong with Jobs. The performances (for the most part), the cinematography and the soundtrack are all excellent, but without a solid script none of that matters. The movie starts off promisingly. The early scenes of Jobs and Woz making computers in a garage (see photo) are compelling since we know just how much these two men would change the world. It was interesting seeing all those old computers. I got a bit nostalgic as it reminded me of when Scott bought his first computer in the early-mid 80s.

In the same way that Thomas Edison's work at the end of the 19th Century set the stage for the 20th Century so too did Steve Jobs and Steve Wozniack's work in the late 20th Century set the stage for the 21st. June 29, 1975 marked the very first time in human history that a person typed a character on a keyboard and saw it show up on their own computer screen right in front of them. It's as influential a date as March 10, 1876 when Alexander Graham Bell made that first successful phone call to Watson.

After all those seasons on That '70s Show Ashton Kutcher certainly seems to have an affinity for the 1970s. As noted above he has the look and especially the peculiar gait of Steve Jobs down pat but he isn't a talented enough actor to overcome the script's failure to get us inside this man's head or his heart. Kutcher spends the movie with a serious, slightly annoyed expression on his face but we are left guessing his thoughts and feelings.

Both of my brothers mentioned the fact that Jobs is shown going from a selfish asshole who also happens to be a visionary, to a wise and benevolent elder statesman during the 11 years he wasn't at Apple. But this is skimmed over in a matter of seconds in the movie. When and how did he meet and marry his wife? What made him eventually accept his daughter? When did he learn better communication skills? We learn none of this from the script.

The story of Apple Computers is at times fascinating but at the end of the movie Steve Jobs the man, remains an enigma. I agree Scott, as a character study Jobs doesn't work. 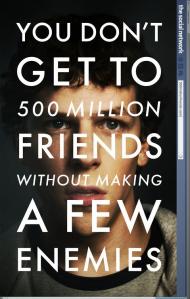