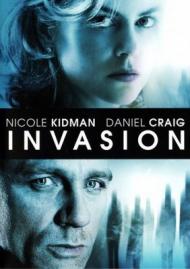 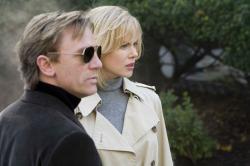 Kidman plays a single mother whose ex-husband works for the government and is one of the first earthlings infected by a virus brought back from space when a space shuttle crashes through the atmosphere. The virus spreads quickly to large portions of the worlds population. After being infected, the person is taken over by the alien spores when they sleep. Thus, they wake up without ever even really knowing they have changed into an emotionless shell of their former self.

The action and excitement come from the fact that her son is immune to the virus. With the help of a friend, played by James Bond, who has a serious crush on her, they race to get her son to a place where his DNA can be examined to figure out how to create a cure for the alien virus. Along the way they constantly bump into people pretending to be infected. So around every corner you never know who is and who is not infected.

That is all fine and exciting. The film makers, however, want to make a social statement on the way. The message here though is a bit muddled. Everyone becomes a void of emotion. They all walk around with their only desire being to infect more people. At first, the director makes the quieter city seem eery and out of wack, but then he (you just know it's coming) gets political. The movie makes a half dozen references to the war and occupation in Iraq. Although it never says President Bush is infected, it implies it when the movie has news clips about President Bush suddenly announcing the troops pulling out of Iraq and making nice with Hugo Chavez.

The movie ends on a double bladed sword. Everyone is happy because they all have their human emotions back. They are free to love and laugh again. Craig comments at the end of the movie that the war in Iraq is still going on. So the makers of this film are saying that it is good to have emotions but bad as well. What is with the flip flopping? The ending is a downer in that it leads the audience to believe that we would be better off without some of our emotions. Emotions are what make us human. Instead of saying that we unfortunately have to take the bad with the good, the makers of this film should have said that we are not human unless we have the bad and the good. All emotions have a purpose. It is not the existence of our emotions that count but how we deal with them.

The makers of the movie should have controled their dislike for Bush and the war. Less liberal pontificating and a brighter ending could have gone a long way in making this a better film. 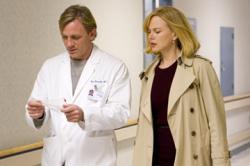 Eric, you got this one wrong. There isn't enough of a statement made in this movie. If you listen to what the Russian says at the dinner party, he says that he'll take the good and the bad of humanity, because that's what makes us human and that's about all of a statement that this movie ever makes. And I don't think that they're particularly attacking Bush. Yes, they mention the war in Iraq, but it is the only major war going on that we're involved in. They're saying that war in general is bad, not specifically attacking this one.

What they should have done was poked fun at political correctness. In this day and age, when you're censored whenever you say something that anyone finds offensive, this would have seemed like the perfect movie to send that up, but the movie steers completely free of the subject.

There's also one scene where Kidman's character, a psychiatrist, hears from one of her patients that she doesn't think her husband is her husband anymore. Kidman's reaction? She tells her patient to take more medication. If this scene was supposed to be filled with irony, the director completely mishandled it. Instead of making comment on how Kidman is essentially drugging her into complacency, the movie just skims over it.

The action scenes are entertaining at least, which is good because that's basically all this movie is; an action movie. It's similar to a zombie flick really, only instead of killing you, the zombies just want to be really nice to you and to have you be really nice to them.

As for Craig, I was disappointed in how underused he was. He has nothing in common with James Bond here and his part could have been played by just about anybody.

In the end, this is just a so-so action movie. While Kidman is running, the movie keeps you interested on a surface level, but it never drew me in emotionally. 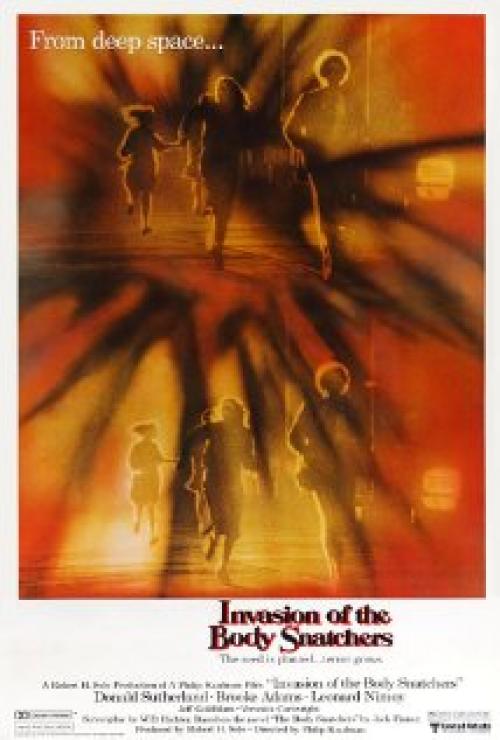