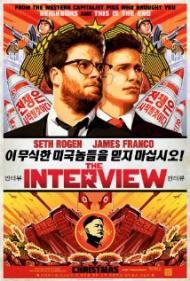 James Franco and Seth Rogen in The Interview

The Interview will be remembered as having generated some of the most unique publicity in film history. Sony Pictures had their computers hacked in November, 2014. The group responsible posted some of the information it gathered online, such as the breakdown of the film’s budget, and threatened to show more. The identity and motivation of the hackers has never been made specifically clear but supposedly some evidence surfaced suggesting it originated in North Korea, even though they denied it.

Sony assumed it had something to do with the release of The Interview, as North Korea had previously noted their displeasure over it.  After every news outlet had reported that tid bit, Sony decided to pull the movie from theatrical release, causing more news reports. Things got really good when George Clooney tried to rally Hollywood with a petition of support but learned firsthand what a bunch of pussies they were when no one signed it. The Interview eventually got a limited theatrical release to much fanfare and then all kinds of pay per viewings on different outlets. Yeah, it made its entire 44 million dollar budget back, a budget that included, in writing, $250 for illegal drugs.

The Interview begins with a test launching of a North Korean missile as an adorable little Korean girl sings sweetly about their hatred for the United States, “May they drown in their own blood and feces.” We then meet Dave Skylark (James Franco), an entertainment news show anchor and his producer Aaron (Seth Rogen). Tired of superficial celebrity interviews, the two men are eager to be taken seriously as newsmen. They attempt to interview Kim Jong Un after they discover he is a fan of Dave’s show “Skylark Tonight.”

Once the interview is agreed on, the CIA shows up at Dave’s house while Dave is suffering from some serious, “Stank dick,” he has no idea who or what he had sex with the night before. “You should smell this.” Anyway, the CIA wants Dave to kill the North Korean Leader as he will have access to him. Dave agrees as the female CIA agent has large breasts and is wearing glasses.

These two idiots then go to North Korea where they meet, and Dave becomes best friends with, Kim Jong Un. Aaron meanwhile, gets attacked by a tiger, anally raped by a CIA capsule, laid by a North Korean traitor and has two fingers bitten off. Much of this is done to the tune of “Fireworks” by Katy Perry. Dave decides he no longer wants to kill Un as they have bonded. That is until he eventually sees that Un has lied.

This leads to the actual interview where Dave does not pose the questions Un has told him to ask. It all comes to a political and emotional climax with Dave singing “Fireworks” to a crying Un. Then Un gets mad and all hell breaks loose.  “That Yankee pig cock sucking motherfucker.”

I found some decent humor in this outrageous mess but I am not the film's target audience. The Interview may be considered hilarious if you are a stoned frat boy. Yeah, you get what you expect from Rogen and Franco. If you like their humor this is the movie for you. For anyone sober and with a modicum of intellect, you will think just how grateful Sony should be for all of that valuable free publicity. The back story for The Interview is more interesting than the movie itself but then again, I am not a drug using teenager.

James Franco and Randall Park in The Interview.

For anyone who, like myself, is unwilling to pay money to see this movie it's now available on Netflix. After watching it, all I can say is Sony, Franco and Rogen should all send thank you notes to whichever group was responsible for all the controversy surrounding The Interview. It's a classic example of the Streisand Effect in action. The more they tried to stop this movie from being shown, the more people wanted to see it. If they had just ignored it from the beginning it would never have made headlines around the globe and millions fewer people would have heard of it.

To be fair, James Franco gives an amusing performance as Dave Skylark. He makes lines that shouldn't be funny actually sound funny due to his infectiously silly delivery. “They hate us because they ain't us!”, “Haters gonna hate, and ain'ters gonna ain't!” and “He's motherfucking peanut butter and jealous!” are three examples. He plays a smarmy talk show host with a natural ease. It isn't enough to save the picture but you just might find yourself repeating some of his catchphrases after watching this movie.

Seth Rogen gets less to do and is nowhere near as funny as his costar. But then he's never been a great actor, I've never found him to be all that funny, and his laugh is annoying. Randall Park as Kim Jong-un and Diana Bang as Sook Yung Park both bring the funny despite playing offensive Asian stereotypes. An aging Eminem comes out as gay in a cameo as a guest on Skylark's show. I guess it was an attempt to appease critics of his many homophobic lyrics but it relies on that tired old frat boy mentality that the mere fact that a straight guy admits to being gay is funny in and of itself.

The Interview is audacious in the sense that it shows the American government plotting the assassination of the sitting ruler of an autocratic nation. But the lame script is hardly deserving of the level of controversy it generated in the world media. The Interview will be but a footnote in history, remembered far more for the media firestorm it ignited than for any entertainment value it possesses. If you do decide to watch it, I recommend getting high as a kite first. Trust me, it'll help. 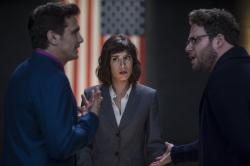 James Franco, Lizzy Caplan, and Seth Rogen in The Interview.

If only we'd known what a favor the cyber-terrorists were trying to do for us by preventing this film's release! Of course, as my brothers noted, all they really did was draw attention to a movie that, had they left well enough alone, would quietly have come and gone with bad reviews and a limited audience. By creating such a public outcry they benefited the films' box office even if they annoyed the studio in the process. Perhaps if these terrorists had seen the movie and realized how horrible it was they wouldn't have bothered.

It always feels as though every project Seth Rogen has a hand in creating started in a haze of marijuana smoke. As is so often the case, what seems hilarious while under the influence, is just plain stupid when sober. You'd have to be an idiot, or under the influence of something yourself, to find this type of comedy in anyway clever. It's moronic on every level and aimed at the adolescent boy or those with the mentality equal to one. Does that mean it's entirely devoid of laughs? Of course not. Throw enough jokes at the screen and a few are bound to stick, but the rate of success here is about 1 out of every 10 jokes. And even the ones that do succeed won't make you feel proud for laughing.

Patrick found James Franco's performance amusing, but I found him more creepy than funny. His character seems a bit schizophrenic. At times he comes across as campy and effeminate with even the insinuation of a physical attraction towards Rogen. But at nearly equal amounts of time he plays Skylark as a womanizing frat boy. Rogen plays the same character he always does. How someone with such little acting ability, poor writing skills, and below average looks ever became so successful in Hollywood is beyond me.

I do agree with my brother about the supporting cast. Both Randall Park and Diana Bang provide some of the biggest laughs. Park is particularly good as the North Korean dictator. He plays him with just the right amount of shy diffidence and insecurities. Despite being shown as ultimately evil, he still comes across as more intelligent than either of the two leads. And Bang not only provides some laughs, she also deserves an award for acting attracted to Rogen.

As Eric said, there are no real surprises here. If you're a fan of Rogen and Franco (this is the 17th project they've worked on together going back to 1999's Freaks & Geeks), you'll already know what to expect. If you're not, but are still forced to watch this movie anyway, or are just curious to see what all the fuss was about, you'll be better off following my brothers's advice and getting stoned or drunk first. I know I wish I had. 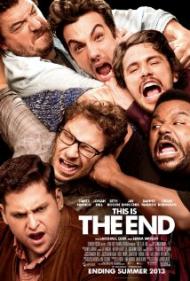