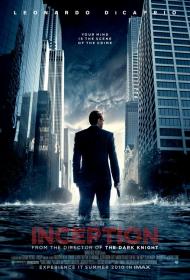 The elevator in Cobbs mind.

Inception represents everything that is wrong with the modern Hollywood film.  It is overblown in special effects.  It runs well over two hours.  The plot is more about distraction than motive.   It establishes rules and then changes them.

Cobb and Arthur have a business in which they go into people's dreams and extract information.  A man hires them to implant an idea into someone's head without him knowing it.  A wealthy man is about to die, leaving his grown son everything, including a monopoly on the worlds energy supply.  They intend to go into the son's head and make him think he came up with the idea to break up his businesses.

Cobb has issues of his own.  His wife is dead and the police think he killed her.  He is a wanted fugitive, who wants to clear his name so he can go back to his kids.  He is so scarred by his wife's death that he keeps bringing her into his dream assignments, where she actively works against him.

You can imagine things into the dream world.  This group imagines their dreaming equipment into the dream world to put the subject in a dream into a second dream.  At one point a guy is shooting at some baddies, when another guy steps up next to him carrying a grenade launcher and says, "You mustn't be afraid to dream a little bigger darling."

If you can manipulate the world around you in the dream world, why do they waste time with all the gunfights and car chases?  Just imagine the car turns into an airplane and fly away.  Just imagine all the bullets are feathers.  Why create a scenario with such broad rules and then play by very strict ones.

Inception does not have an original premise.  It contradicts itself.  It runs too long.  I really did not care if this guy got the idea stuck in his head or not. The movie even ends ambiguously.  If you want to check your mind at the door and just enjoy the eye candy, have at it.   Paris folding itself over is cool looking.

Special effects are not enough to make a movie great.  Nolan is the guy that took super hero movies to a whole new level.  I expected better. 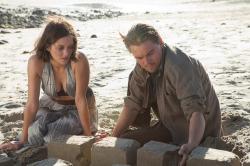 I actually thought this movie was an excellent example of a great Summer Blockbuster.  It features an intriguing and original plot (yes, movies have involved dreams before, but that doesn't automatically mean that this one isn't original because it also involves dreams) that actually stays quite faithful to its rules if you pay attention.  It features not only some great eye candy, but fast paced action and a terrific cast.

At no point does it say that you can die while in a dream  Instead it says later in the film that because of the deeper anesthetic that is being used, if you die in the dream you will become lost in a deeper dream.  As for just imagining the van has wings, that is also explained.  Earlier in the movie when Cobb is showing Ariadne around the dream world he explains to her how it's important to keep the dream world realistic because if van's suddenly start flying than the subject will become aware that they're dreaming and it's important that on that level of the dreams that Fischer believes he's in the real world.

What director Nolan does brilliantly with this movie is hold together a multi-layered and fast paced plot with finesse and aplomb.  This is quite a complex plot and yet it remains fairly easy to follow so long as you pay attention.

Not that it's perfect.  I thought in the second level of the dream when Cobb tells Fischer that he's dreaming and needs to go into Browning's dream that he accepts that story fairly quickly and easily.   I also thought that the resolution to the relationship between he and his father was a little too quick and I was never emotionally invested in that angle of the story.

I was however, invested in Cobb's story and his team's.  In fact, while the special effects and action are amazing in the second half of the film, I actually enjoyed the first half where the team is being formed as much if not more.

You're right Eric, special effects aren't enough to make a movie great, which is why this movie also gives you so much more than that. 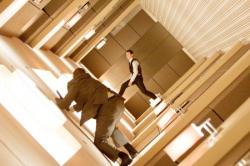 Inception, with its unnecessarily convoluted plot of layers of dreams within dreams, each with its own rate at which time passes, bored me. This movie is too long, has weak character motivations, and ends with a whimper. Like Eric I never gave a shit about the rich old guy’s will, his energy monopoly, nor Cobb’s guilt over his wife’s suicide.

Mal is easily the most poorly written of the characters. What kind of mother would choose to stay in this “limbo” dream world when she has two small children to raise? As written she is either a weak minded female (a comatose damsel in distress) or an incredibly selfish bitch. I would have bought it if the children had died and she was escaping the anguish of her reality.

Scott if this is your idea of a fast-paced plot I’d hate to see what you consider slow. The story inches along. It seems to take forever to get the team assembled. And the character development is pretty nonexistent. I didn’t know who any of these people were. At the end of the movie I still didn’t. They are too dull to even be clichés.

The only way I can explain the Best Picture Oscar Nomination for this overrated flick is that everyone is jumping on the bandwagon, afraid if they say they didn’t like it they will be accused of being too simple-minded to follow the complexities of the story. It’s nowhere near as clever as it thinks it is. Eternal Sunshine of the Spotless Mind takes a similar idea (although dealing with actual memories instead of dreams) but presents it in a much more creative and entertaining manner.